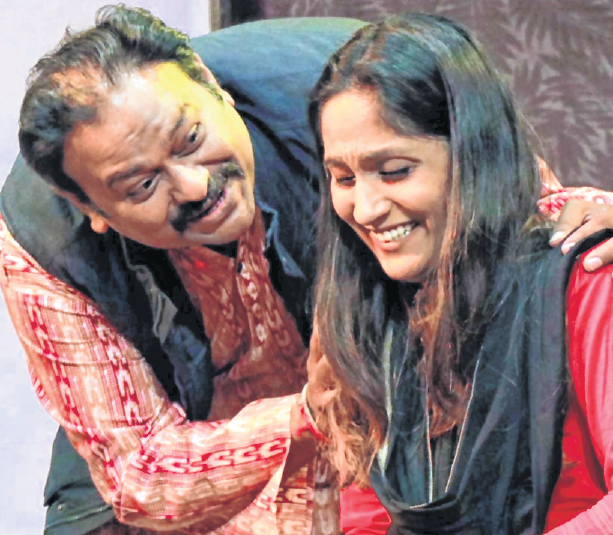 Bhopal: Hindi version of popular Marathi play ‘Kanyadaan,’ by Vijay Tendulkar was staged at Shaheed Bhawan on Wednesday. Tendulkar is a prolific writer. Twenty eight plays are to his credit. He wrote several one-act plays as well as children plays. Tendulkar often portrays socio-political problems in his dramas.

Kanyadaan, which is one of his best works, brings into focus the age-old conflict between upper and lower castes with its social, logical and political dimension and effectively reflects how it is corroding our culture and society. Directed by Mukesh Pachaude, the play depicts caste conflict effectively and conveys how politicians capitalise on class and caste discrimination instead of trying to abolish it.

The play is divided into two acts. In the first scene of the first act, Jyoti informs her parents about her decision to marry Arun Athavle, a Dalit youth. Seva is shocked to know it but Nath is relaxed and happy inside because he wants to remove the class-system which is his dream.

He consents Jyoti to get married with Arun, whom she knew for the last two months! Nath wants to experiment with this marriage, which is a sort of political act. In the second scene of the act one, Jyoti brings Arun, who is dark Dalit youth doing his BA Jyoti is very much interested in his poetry and his autobiography. Arun feels uncomfortable in “big houses” and gets nervous and finally leaves home. What Jayaprakash and Seva most is Arun’s intention to brew liquor in order to survive, if not anything remain.