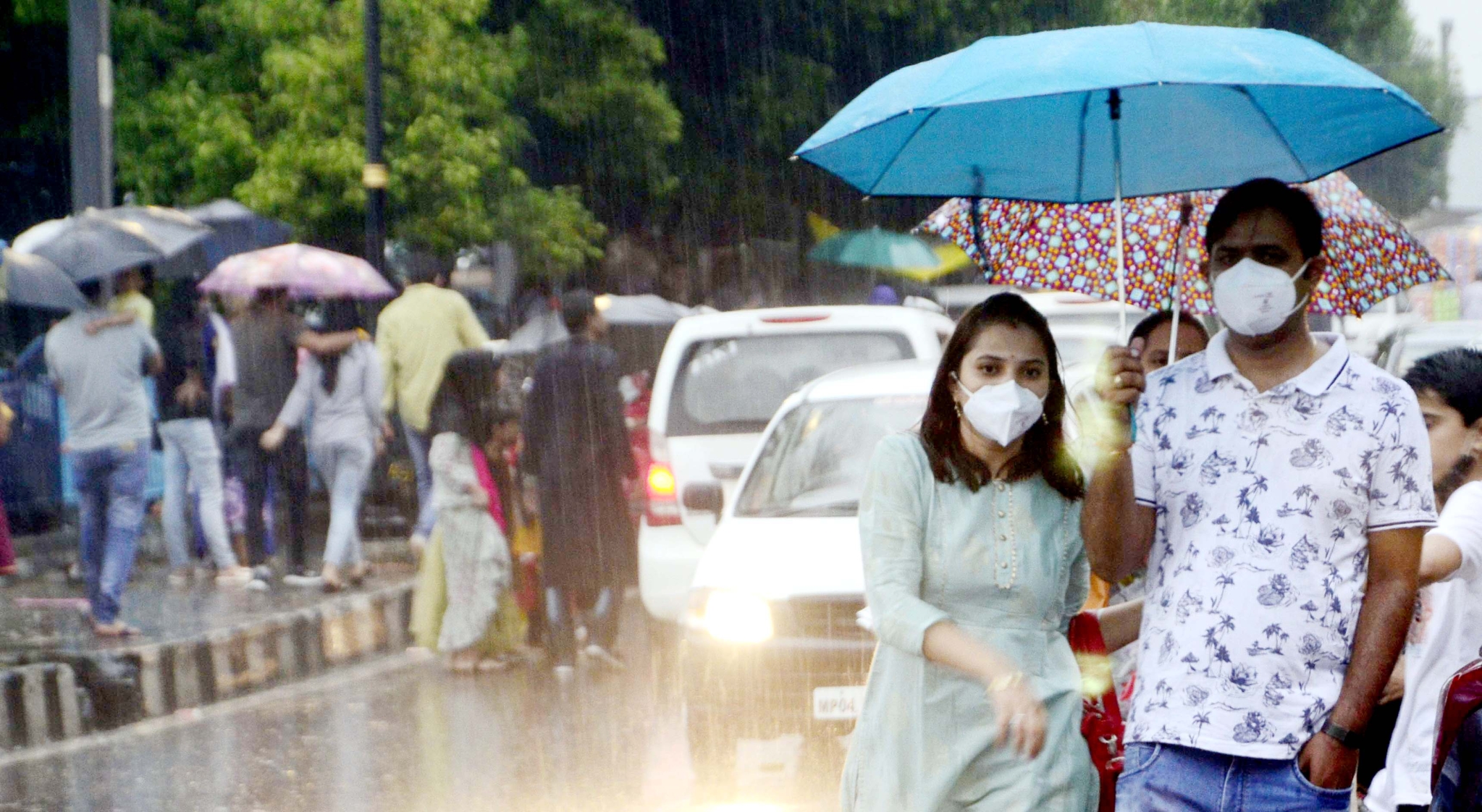 People walk holding umbrellas to protect themselves from getting drenched in Bhopal on Monday. | FP

Bhopal: It rained drip, drip and drip. It all began from Friday evening and continued throughout Saturday and Sunday.

Till Monday morning, the state capital and its surrounding areas received 17.8 mm rainfall.

As a result of heavy rainfall in the past 48 hours, the state’s quota of rain shot up.

The state has, so far, recorded 379.1 mm rainfall; whereas the normal rainfall between June and July is 378.2 mm.

As far as rainfall in the state capital goes, it has recorded 11% above normal rainfall.

Bhopal normally receives 445.5 mm rainfall between Mid-June and July-end. Yet it has, so far, recorded 400.9 mm.

For the residents, it was a wet Monday. A canopy of clouds gathered over the city firmaments. As it was continuously raining, potholed roads in the city were filled with water.

Many people clad in raincoats were also wet. The four-wheelers spattered stagnant rainwater on pedestrians.

The rain stopped at noon for a while. The sky looked little clear. But, just at the noon began to pass into afternoon the clouds again began to darken the sky.

Because of accumulation of water on roads, there was a heavy traffic gridlock on Chetak Bridge from 10 am to 11 am. Rainwater entered many houses in low-lying areas.

Weather man says the sky will be clear within 48 hours. Rainfall will again begin from Wednesday. The farmers were worried as it did not rain for two weeks. Now, they are all smiles.

The weather office issued a red alert saying that districts in Gwalior and Chambal – Rajgarh, Agar, Neemuch, Mandsaur and Tikamgarh – will receive heavy rainfall within 24 hours. The maximum temperature of the day was 25 degrees Celsius and the minimum was 23 degrees Celsius. 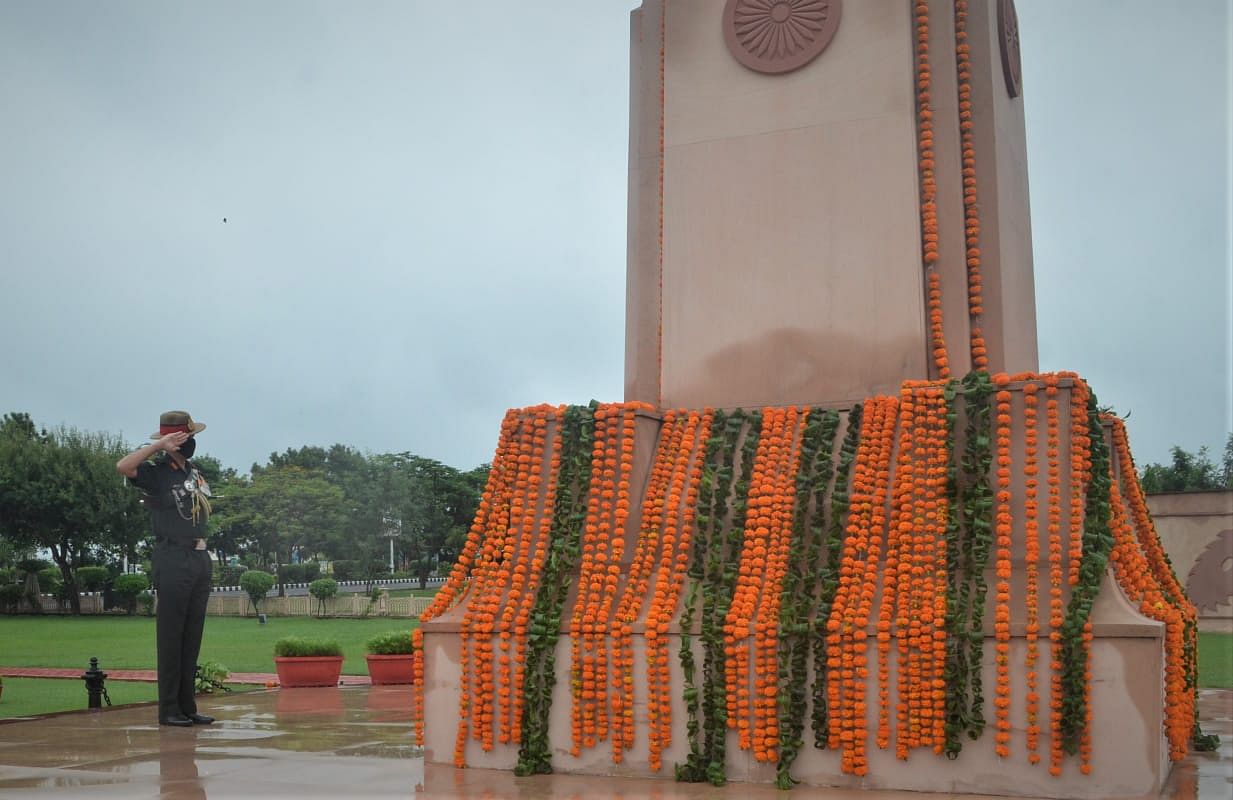