No representative from government ever tried to meet the protesting guest scholars.
Staff Reporter 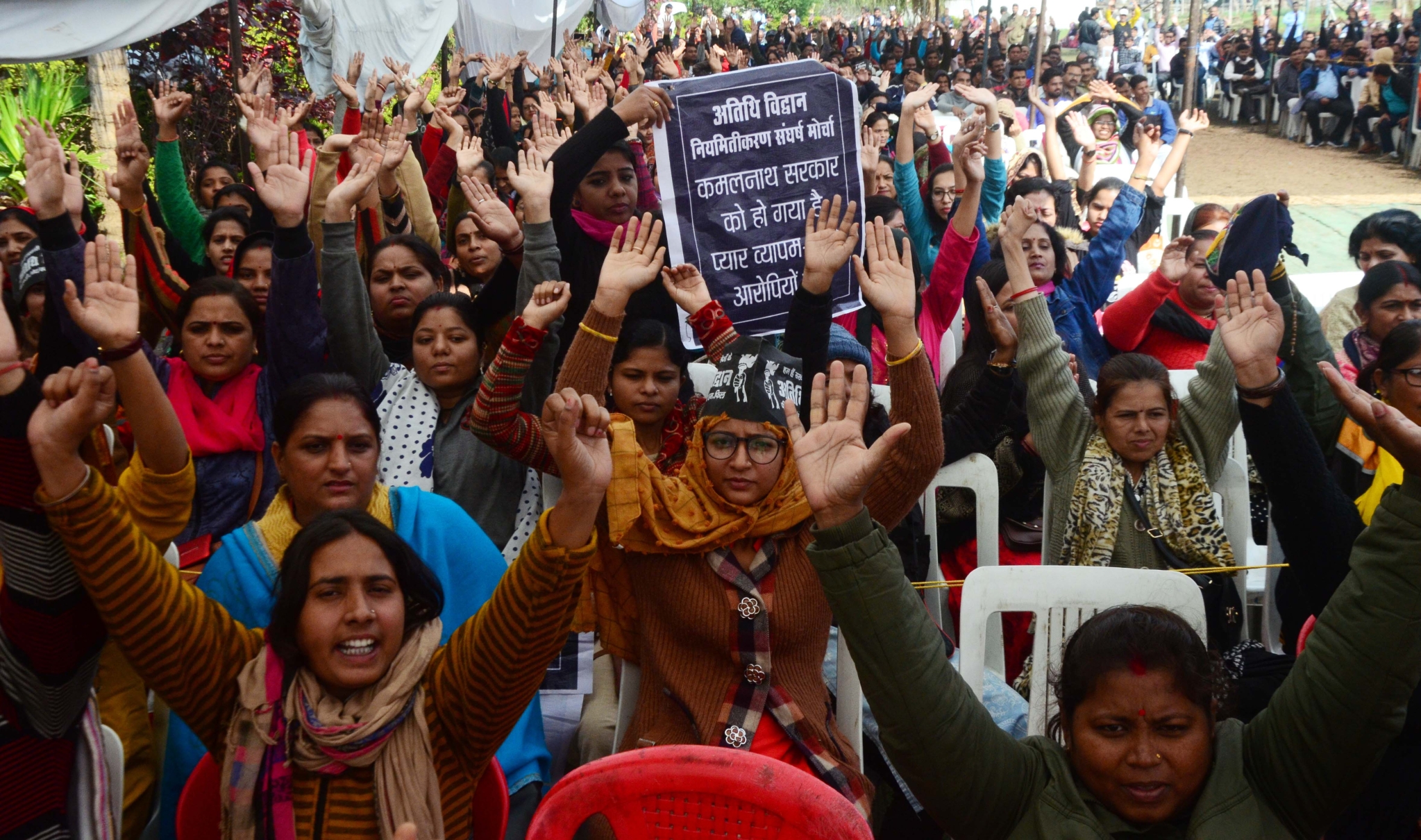 BHOPAL: Guest scholars staging dharna at Shahjehani Park for past three days have been denied permission by district administration. The association will be deciding its strategy tonight.

Convener JPS Chouhan said that several organizations have come forward in their support. He said that Gandhi Vichar Manch had provided blankets to the protesting members and their families.

State president, Devraj Singh said that the association was still deciding upon the strategy. “We had applied for permission from the district administration but they have refused. We are still in the park and are on dharna,” said Singh.

No representative from government ever tried to meet the protesting guest scholars.

Women guest scholars have said that they are not left with any other option than to commit suicide. “Our means of income has been stopped. After giving our golden years to educate children now we are shown the way; where we will go, it is better to give our lives,” said a woman protester.

However, government sources indicated that a relief may follow soon for guest scholars in form of a government order within a week.