Bhopal Gas Tragedy: The flame for justice burns on

‘Even after 37 years, there is no solid system for medical treatment of gas victims.’
Staff Reporter 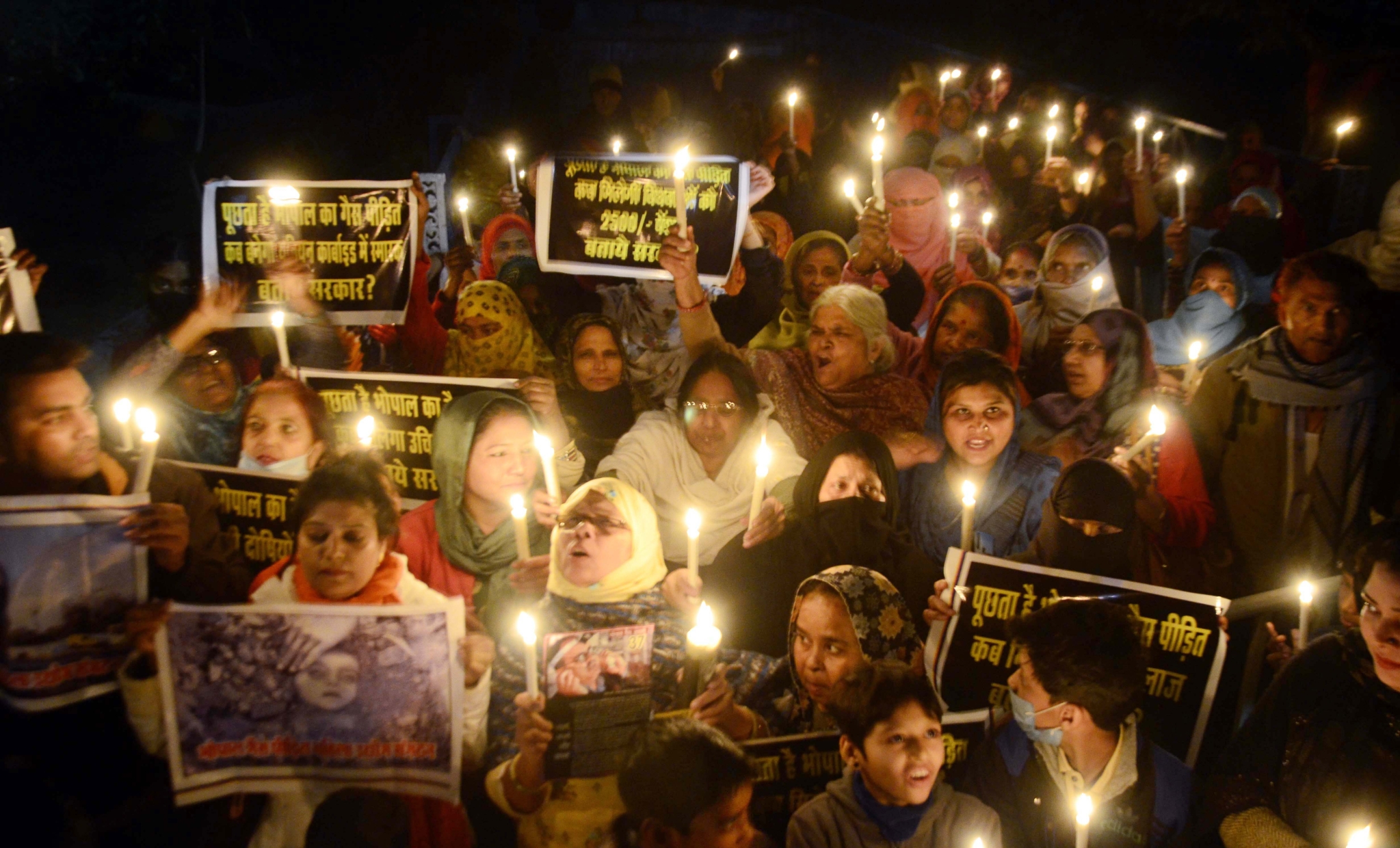 Gas victims take out candle march as tributes to those who died in tragedy and as protest against injustice on eve of 37th anniversary of Bhopal Gas Tragedy to be observed on Friday. | FP

Bhopal: The Gas survivors took out candle and torch march on Thursday, the eve of Bhopal Gas Tragedy as mark of homage to those who died in the disaster and as a protest against the injustice being done to the survivors. They also paid tributes to the 12 new born kids who died in Hamidia Hospital fire tragedy on November 8.

Rachna Dhingra of Bhopal Group for Information and Action, said, “Even after 37 years, there is no solid system for medical treatment of gas victims. Super specialists are not there in any gas hospitals and their units.” She also said, “500 widows are not getting pension. It is despite the government has identified them as gas victims widows. Rs 85 crore is with the Gas Relief Department for employment generation. Sixty yoga centres have been established but none of them is functional.”