Place new one with name of Gupta inscribed on it

The old plaque (left) and the new plaque (right) | FP

Bhopal: The ongoing tussle between the ruling party BJP and the opposition Congress over the credit for renovation of Dr Kailash Nath Katju Hospital in the state capital took an interesting turn on Saturday when a group of persons, who were said to be supporters of former minister Umashankar Gupta, removed the plaque from the hospital and replaced it with a new one with name of Gupta inscribed on it.

As per Congress leaders, Gupta and his followers’ act was pre-planned as they reached the hospital in the name of observation of the facilities at the hospital and removed the plaque.

As per officials, chief minister Shivraj Singh Chouhan, health minister Prabhuram Chaudhary, medical education minister Vishwas Sarang, member of parliament from Bhopal Pragya Thakur, Congress MLA PC Sharma dedicated the hospital to the public on July 2 and their names were inscribed over the plaque. The hospital was renovated and new wards and facilities were added.

While talking to media PC Sharma alleged that the work of Gupta and his followers was unconstitutional and that Congress would oppose the same. The inaugural plaque was unveiled by Chief Minister Shivraj Singh Chouhan who happens to be a BJP leader as well but the ex-minister didn’t think twice before disrespecting his own leader by removing the plaque he had unveiled, he said.

Despite efforts BJP leader Umashankar Gupta couldn’t be reached for his comments.

The state BJP spokesperson Rajneesh Agrawal said, “The BJP leader is in a better position to comment on this. 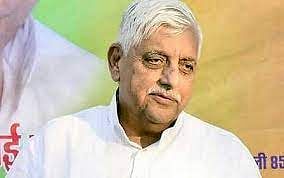