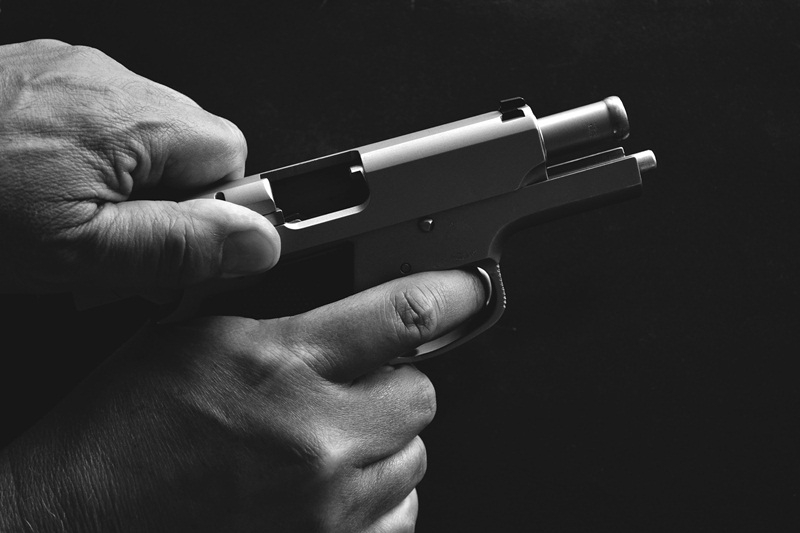 A former BSF jawan was shot dead by BSF personnel at Pandukhedi near Itarsi in Hoshangabad district on Monday over an issue of offering a lift on a bike. The incident occurred on Monday under Pathrotha police station when the ex-serviceman was on the way to drop his daughter to her school.

ASP Ghanshyam Malviya said that Pushmendra who is working with BSF opened fire at retired BSF jawan Alfret Nariyas, 45, killing him on the spot. While offering lift to Pushmendra, the ex-BSF man had dropped him midway, enraged over it, Pushmendra shot him dead, said ASP. Both the families are known to each other. Nariyas had come to Itarsi from Lucknow.
Deceased’s daughter told police that Pushmendra too worked with BSF and was regular visitor to their house in Lucknow.

Giving the detail of the incident, the girl informed that his father Nariyas, 45, was on the way to drop her to school in morning when Pushmendra, sought lift, which he eagerly offered. While on way, the girl asked her father to visit their plot in Pandukhedi. Since Pushmendra was accompanying them, Nariyas asked him to alight from the bike as they were to head to their plot.

However Pushmendra insisted to drop him on highway, which girl’s father did not agree and asked him to take another lift. Infuriated Pushmendra first pushed Nariyas from the scooty and then fired at him, killing him on the spot.  On the way, Pushmendra asked Nariyas to drop him on highway which the latter refused asking him to alight mid -way. Pushmendra in rage opened fire at Nariyas who died on the spot. Nariyas, hails from Sagar; after postmortem his body was handed over to his family, who took it to Sohagpur(in-laws house).