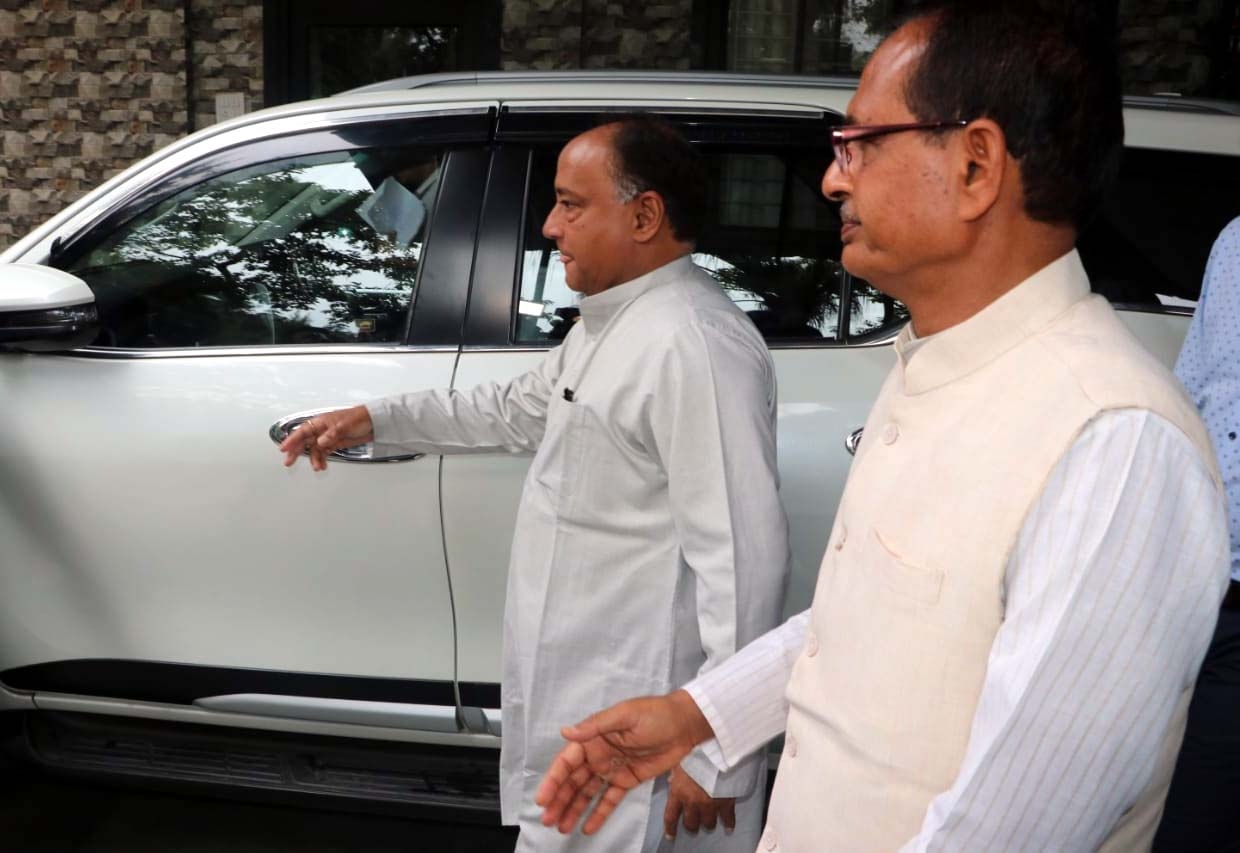 BHOPAL: Laxman Singh, who came into limelight after staging Dharna at his brother and former Chief Minister Digvijaya Singh’s residence, visited former Chief Minister Shivraj Singh Chouhan on Wednesday. The meeting of Laxman has intensified political activities within Congress. Laxman had quit Congress after its defeat in 2003 assembly elections and joined the BJP. After staying with the saffron party for around 8 years, he had rejoined Congress in 2012.

Sources said Laxman visited Chouhan to garner his support to make Chachoda a district. It is also said that Laxman has started developing pressure on Chief Minister Kamal Nath for probable cabinet expansion. Laxman has started exploring other option if he is not made a minister.

Chouhan has termed his meeting with Laxman as a courtesy visit. He said Laxman is his friend and they meet often. Chouhan said he supports Laxman demand of making Chachoda a district. He said public representatives must be heard in democracy. Since he was not heard he was compelled to stage dharna.

When Laxman was asked by media at the residence of Chouhan, he left the place saying ‘Congress Zindabad’. Chouhan had come to see off Laxman. Congress has been opposing the activities of Laxman for some days. He had been vocal against the Congress government in the past ten months on various fronts. Congress has to issue clarification in this matter. Congress media coordinator Narendra Saluja said the meeting of both the leaders was in everybody’s knowledge and there was no politics.