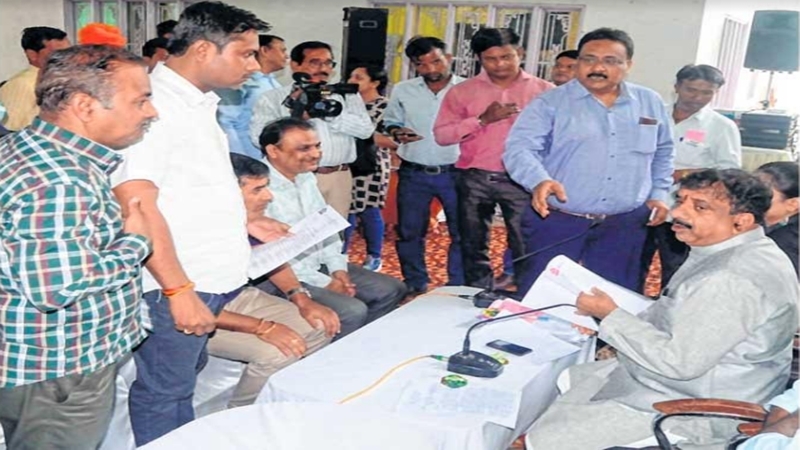 Bhopal: The gruesome murder of Praduman Thakur at Ryan International School has triggered a major outrage across the country with parents voicing concern over the safety of their children. Worried over schools being unsafe after numerous incidents coming to light in the past few days, parents of students from all across the city approached Mayor Chaupal here on Monday.

The parents expressed deep concern over safety of their wards in schools and demanded the Mayor to take steps for proper security of the children. Earlier in the day, the Supreme Court had issued notices to the Centre, the Haryana government and the Central Board of Secondary Education after the boy’s father sought a CBI investigation into the incident The apex court further sought a response from CBSE on a plea seeking framing of guidelines to fix responsibility of schools on issue of children’s safety.

Mayor Alok Sharma assured the parents that very soon, he would have series of meetings with school principals and parents to chalk out a blueprint to improve security of the students in the schools. Regular meeting of committees constituted to look after security, will be ensured. Besides, the Mayor in telephonic conversation with the Bhopal collector Sudam Khade and informed him about the concern of the parents.

Mayor also assured the parents that all steps would be taken to ensure full security and safety of the students in the schools in the state capital. “It is very natural for parents to be worried in wake of the Gurugram’s incident and they have expressed their concerns at Chaupal. We have talked to collector and soon, we will chalk out strategy to provide security to students in better way,” the Mayor said.
Besides, issue of encroachments, roads constructions , proper sanitation were also raised in the chaupal. Concerned officials have been instructed to do needful to redress the problems.