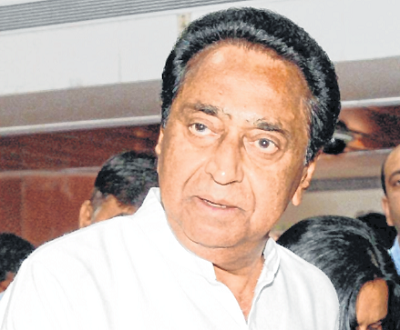 Bhopal: Police officers failing to check sale of drugs in area under their jurisdiction will face action, Chief Minister Kamal Nath has warned. No laxity against drug peddlers and dealers would be tolerated, and officers found negligent in bringing offenders to book would face the music, said Nath.

Chief Minister on Thursday asked the DGP Rishi Kumar Shukla to identify the areas where sales of drugs are reported and initiate action against officials under whose jurisdiction the area falls. Nath has asked the DGP to launch drive against drugs, illegal liquor, sale of opium, Ganja, Charas in the state.

Expressing concern over growing addiction among youth, Nath said that people involved in drug business would not be spared. He asked the cops to increase vigilance near schools and colleges as the drug dealers are lurking there to target youths. ‘My government would not spare drug peddlers and sellers and such people have no place in my state,” said CM. The people giving shelter to these law-breakers would be identified and punished, he added. He said that besides, anti-drug campaign, the police will also launch the drive against gambling and betting. The police will identify the people involved in extortion and forceful eviction from house and other establishment.