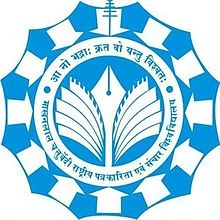 Bhopal: Administration of Makhanlal Chaturvedi National University of Journalism and Mass Communication (MCU) fails students of DCA (Diploma in Computer Application) deliberately to benefit the exam holding agency. These allegations were levelled by the union of MCU Associated Study Institute against the university administration.

More than two dozen franchise centre coordinators gathered in the university campus on Wednesday and protested against the varsity administration. They also submitted a memorandum demanding scrapping online exam of DCA. “Number of students failing in the DCA exams has been increasing every year.

This is done deliberately to benefit the exam conducting agency as it gains from examination fee,” said one of the protestors. There were around 1.12 lakh students of DCA in 2016 that reduced to 85,000 in 2017 and in current session the number has been confined to just 16,000. Students are decreasing in this course as they realise that they were being failed deliberately in exams, said one of the protestors. The union has demanded to scrap online test and restart examination in previous manner and terminate the contract of company that is holding examination for the DCA courses.