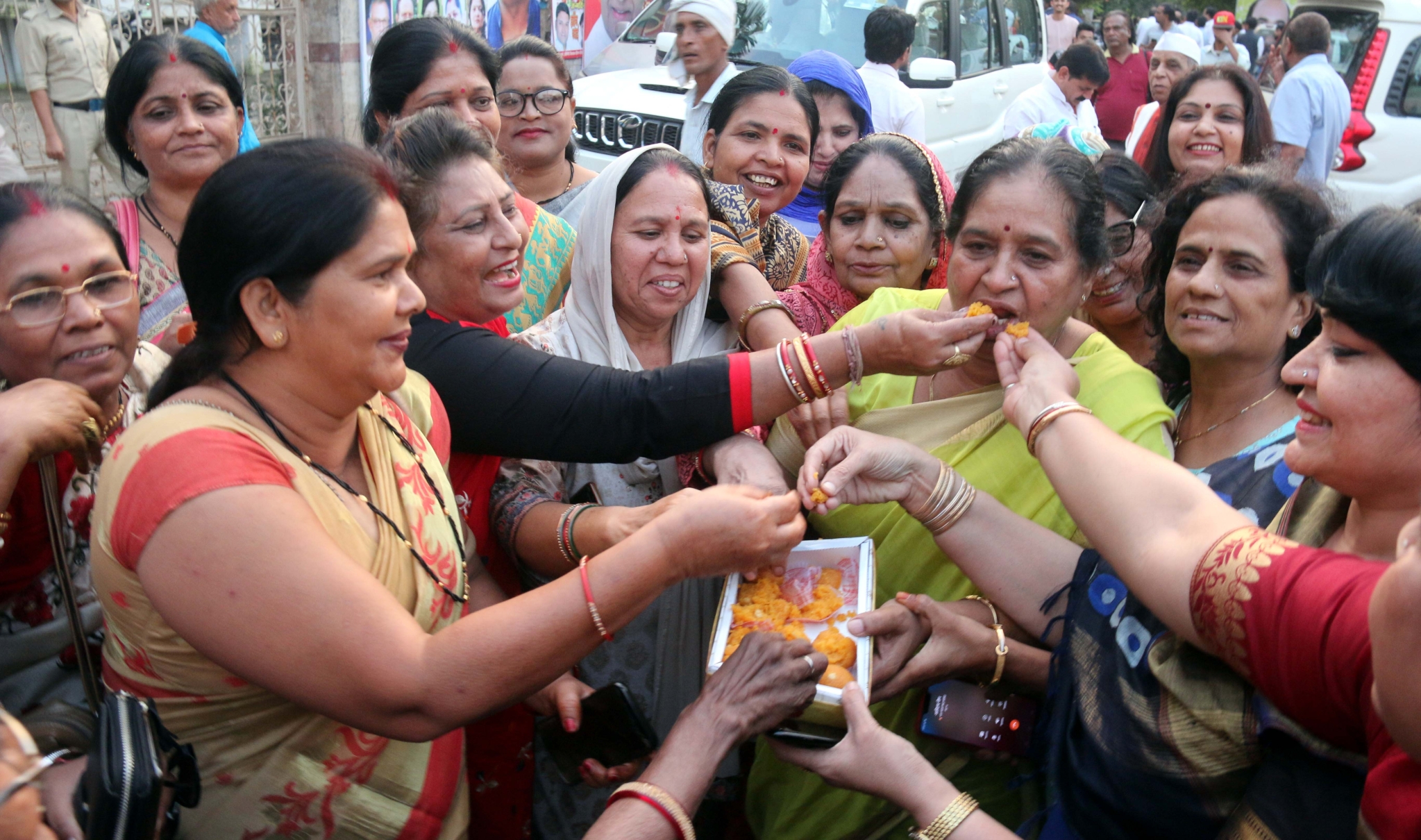 BHOPAL:The outcome of Jhabua bypolls has put Congress in high spirits in the state.

There have been two bypolls after assembly elections in the state and both have been won by Congress.

When BJP had come to power in the Centre after Lok Sabha elections, it was said that Congress was losing its standing in public.

The biggest benefit of these elections to Congress is its majority in the state assembly. Congress had won 114 seats in assembly elections and its government was said to be in minority. The win on Jhabua seat has increased its tally to 115. Congress has more than half of the seats in the assembly now.

From point of view of Nath the absence of former MP Jyotiraditya Scindia, ex-state president Arun Yadav and ex-leader of opposition Ajay Singh from campaigning - was the highlight of this election.

Nath along with ex-CM Digvijaya Singh went to the constituency for campaigning. Nath has put his confidant minister Bala Bachchan while Singh put his confidant Surendra Singh Baghel on duty in the elections while Nath kept election management under his supervision.

The speculations over the fate of Congress government will come to rest with the outcome of Jhabua bypolls. The bureaucrats who were not paying heed to the Nath government would now remain under control. Congress MLAs as well as MLAs of SP,BSP and independent, who were earlier blackmailing the Nath government, will not be able to do so now.

The outcome has also put a question mark on the working of BJP state president Rakesh Singh and organiaation general secretary Suhas Bhagat. The defeat in Jhabua bypolls has proved, after the defeat of assembly elections of 2018 led by Singh and Bhagat, that both of them lack the ability to let the party win elections. BJP contested Lok Sabha elections on the basis of Modi wave. The power of the party organisation has been exposed during bypolls and in this condition, the coming time for both these leaders may be troublesome.

Revolt in BJP, MLA levels allegations on state prez: The defeat in Jhabua bypolls has led to revolt within the BJP. Sidhi MLA Kedarnath Shukla alleged that state president Rakesh Singh has proved to be incapable. Shukla said he demands the central leadership of the party to remove Singh from his post. Shukla said Singh is unable to fulfill the duties of his post and the party is suffering damage. Sources said Singh is a supporter of Riti Pathak when it comes to political activities of Sidhi. Shukla and Pathak are rivals and the defeat in bypoll has given a chance to Shukla to attack Singh.

Cabinet expansion not under consideration: Nath

Kamal Nath has put a full stop on the speculations over giving ministerial berth to Kantilal Bhuria on winning his elections. Nath speaking with media said cabinet expansion is not under consideration as of now.

It was highly publicised during election campaigning that Bhuria will either be made deputy CM or minister. The ambition of independent MLA Surendra Singh Shera, BSP MLA Sanjiv Kushwaha, SP MLA Rajesh Shukla and Congress MLAs including KP Singh, Aindal Singh Kansana, Vikram Singh Natiraja, Bisahulal Singh and Rajyavardhan Singh may suffer a dent for some time.