A delegation led by MLA PC Sharma and Mahila Congress president Archana Jaiswal reached at hospital and police stopped them. However, after altercation Sharma and some other workers managed to get in.
Staff Reporter

Bhopal: Congress has demanded resignation of medical education minister Vishvas Sarang besides holding officials accountable for the incident. A delegation led by MLA PC Sharma and Women’s Congress president Archana Jaiswal reached hospital. Police stopped them but after altercation Sharma and some other workers managed to get in.

In the evening, Congress workers tried to ghero residence of medical education minister. In the evening, Sharma, MLA Arif Masood, district Congress president Kailash Mishra and several others took out a candle march from Roshanpura Square to medical education minister Vishwas Sarang’s residence. They were stopped near Apex Bank where they sat on a dharna demanding resignation of the minister.

Congress media coordinator Narendra Saluja said government is trying to hide the number of casualties. He also criticised the order issued by the medical education department regarding fire safety audit. “The order says that instructions related to fire safety and audit were issued in January 2021 but government and officials slept on it,” said Saluja. 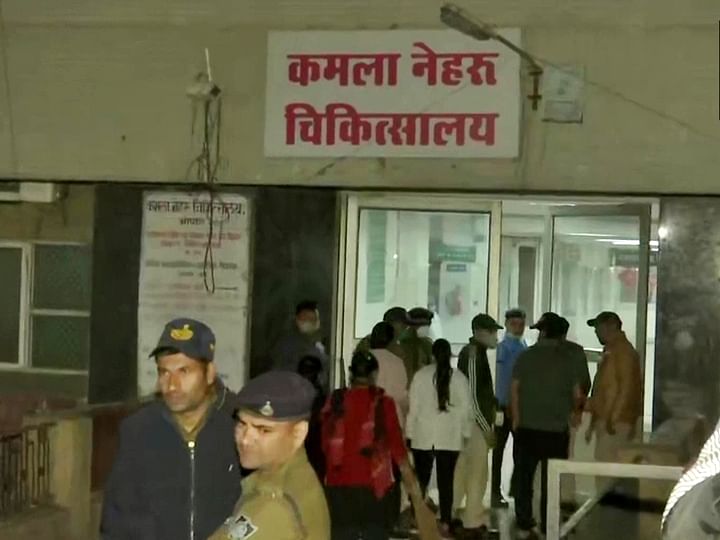