Tremors of Maharashtra political quake can be felt in upcoming assembly session in Bhopal.
Staff Reporter 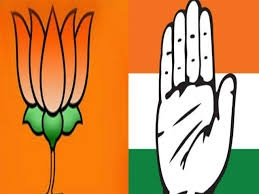 BHOPAL: The tremors of political earthquake that hit Maharashtra can be felt in the upcoming winter session in the MP House beginning December 17.

After NCP leader Ajit Pawar crossed over to the BJP to form government in Maharashtra, BJP and Congress leaders in Bhopal have begun to keep watch on the MLAs of their respective parties.

There is not much difference in the number of MLAs of both the parties in MP where the Congress has 115 legislators and the BJP 108.

Consequently, the Congress may try to strengthen its government by bringing some BJP MLAs to the party.

Similarly, the BJP may try to form government by engineering defection in the Congress.

The impact of Maharashtra politics can be seen in the ensuing winter session of the MP Assembly, which is beginning December 17.

There will be five meetings during in the upcoming session, so both the parties will pull out all the stops to show their strength.

Besides, Speaker NP Prajapati has yet to take a decision on the membership of BJP MLA Prahlad Lodhi.

As to the Speaker’s indecision, the state BJP has made a complaint to the central leadership.

The Speaker’s dilly-dallying on the matter is, however, considered as a political ploy of the ruling party to remain in power with majority.

Nevertheless, Tripathi returned to his parent party. According to sources, some Congress legislators are in regular touch with the BJP leaders.

Similarly, ministers Govind Singh and PC Sharma have claimed that two/three BJP legislators are likely to cross over to the Congress.