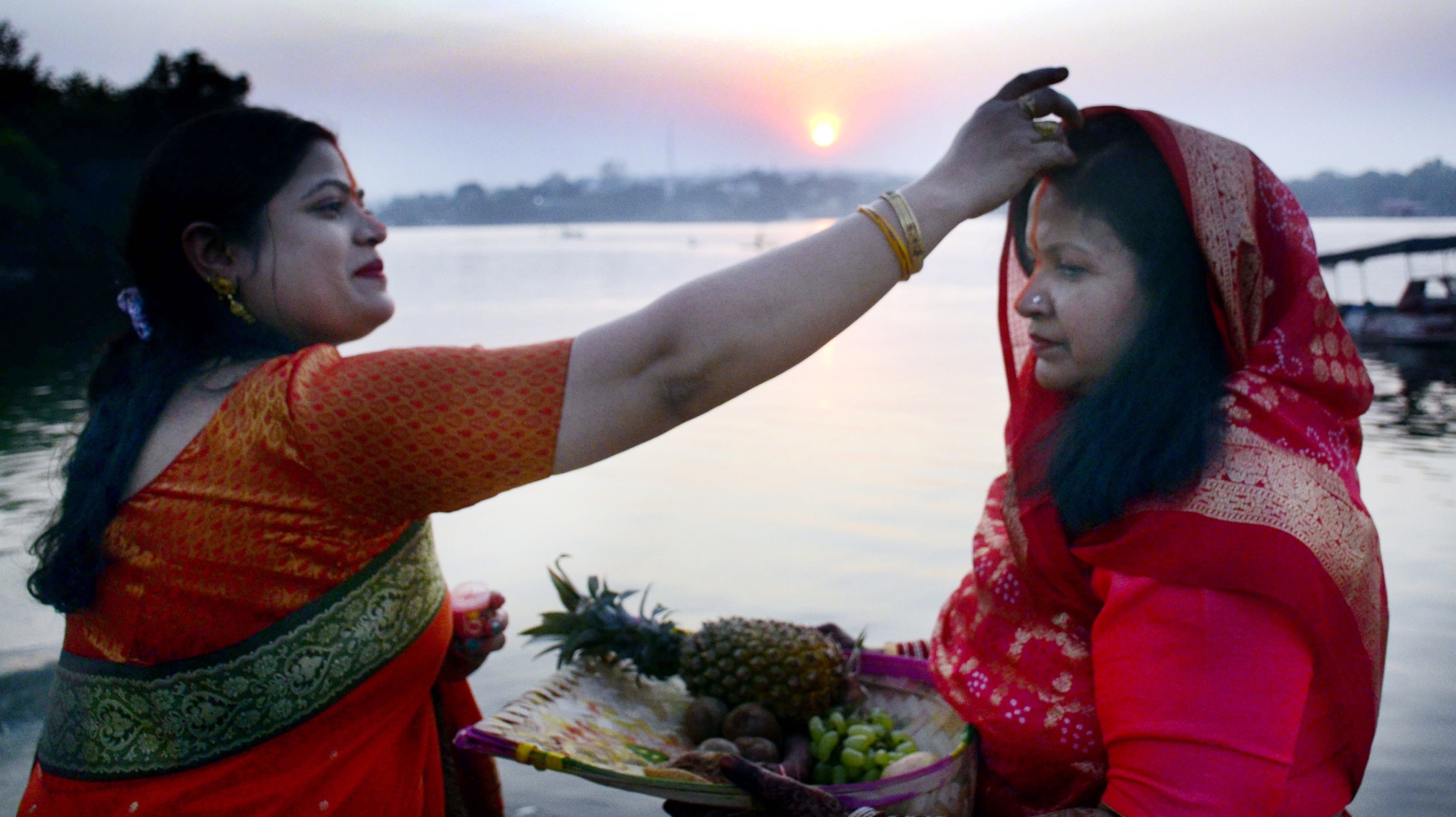 Women greet each other after offering Argya to the setting sun as part of Chhath celebrations at Sheetaldas Ki Bagiya in Bhopal on Wednesday. | Mahesh Vishwakarma

Describing Bihar as a land of talented people, he urged the ‘Vratis’ to plant at least one sapling and take a vow to get fully vaccinated against Covid-19.

He was speaking at ‘Dala Chhath Puja,’ at Sheetaldas Ki Bagiya in the city on Wednesday- the third day of four-day Chhath festival. Bhojpuri Ekta Manch Samiti, Bhopal organised the event.

Former Governor Kaptan Singh Solanki, who was also present, said that Chhath Puja is not about worship of nature but it is also a symbol of women empowerment. “We should respect women as we respect nature,” he added. Solanki said the Puja has got nationwide recognition. CM also took part in ‘Deep Daan’. On the occasion, the Sheetaldas Ki Bagiya was crowded with the Chatth Vratis (those fasting) and their families and friends who were clad in colourful attires to offer ‘Arghya’ to the setting Sun. Water and milk were offered to the Sun God and the Chhathi Maiya was worshipped with a Soop or Dala (a basket made of bamboo) filled with Prasad including fruits, thekua and rice laddus. After the worship of Sun God, Chathh songs were sung and the vrat katha was heard. The Ghat was decorated with colourful lights and Chhath songs were played. It was almost a carnival. 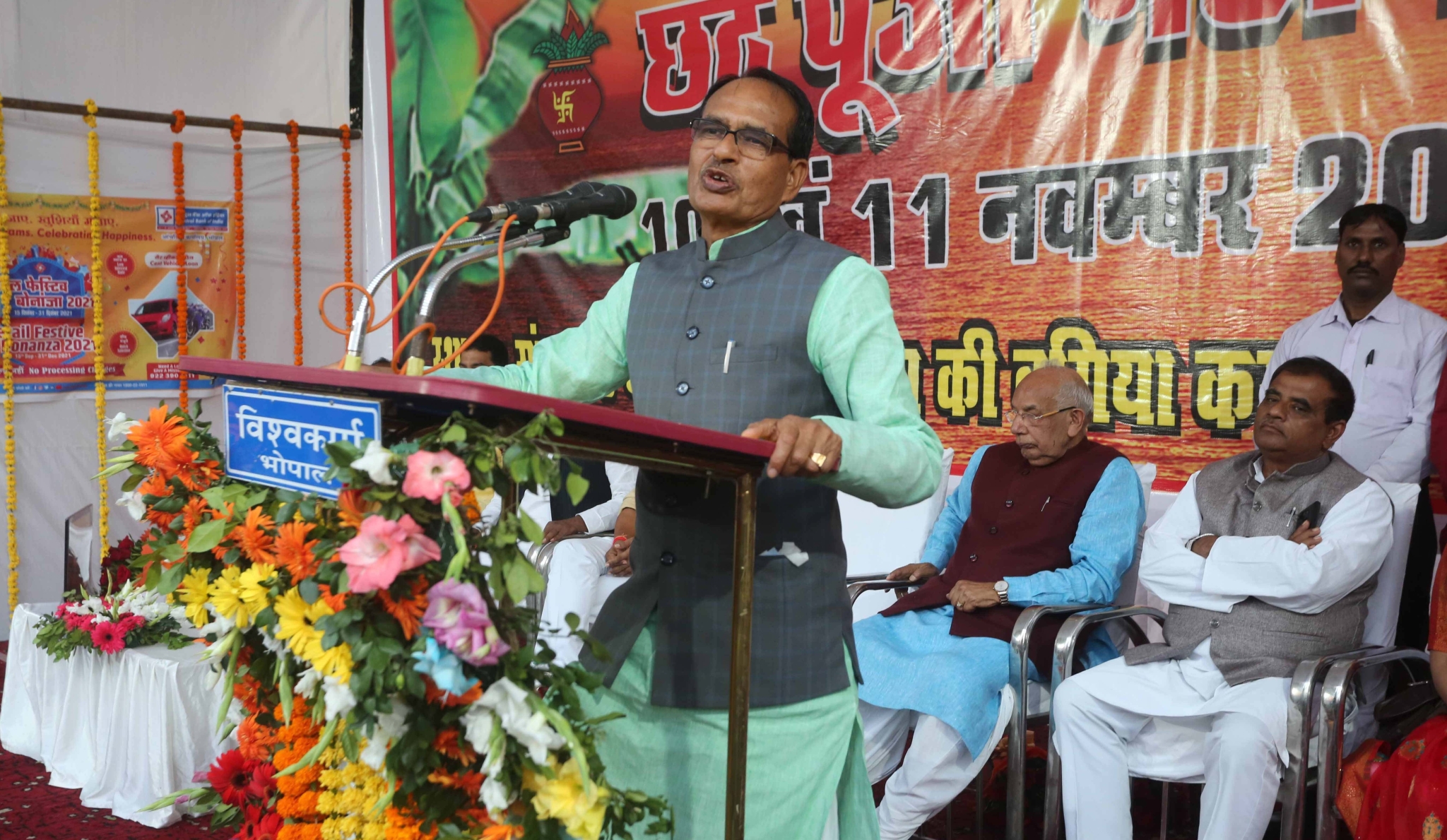 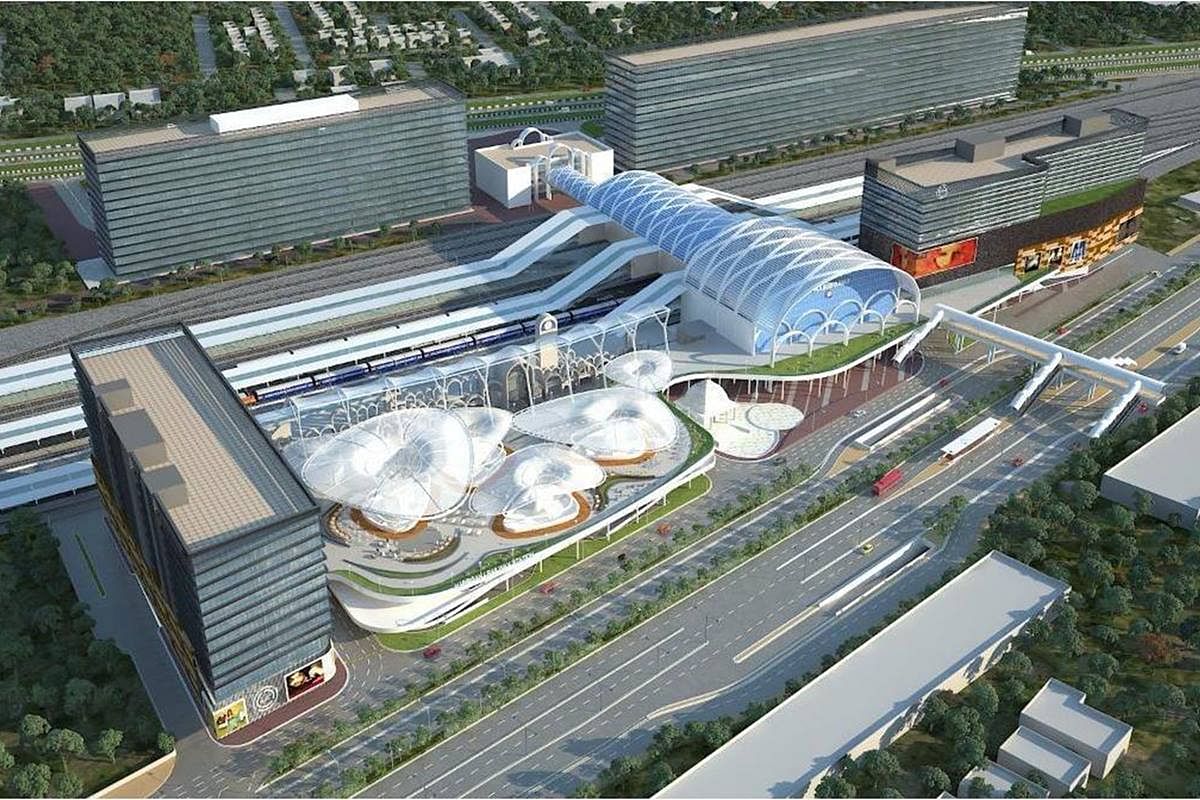