Last year too, the division had witnessed floods. However, Chambal river then had not crossed 144 metres.

A view of flood-affected Morena district |
Follow us on 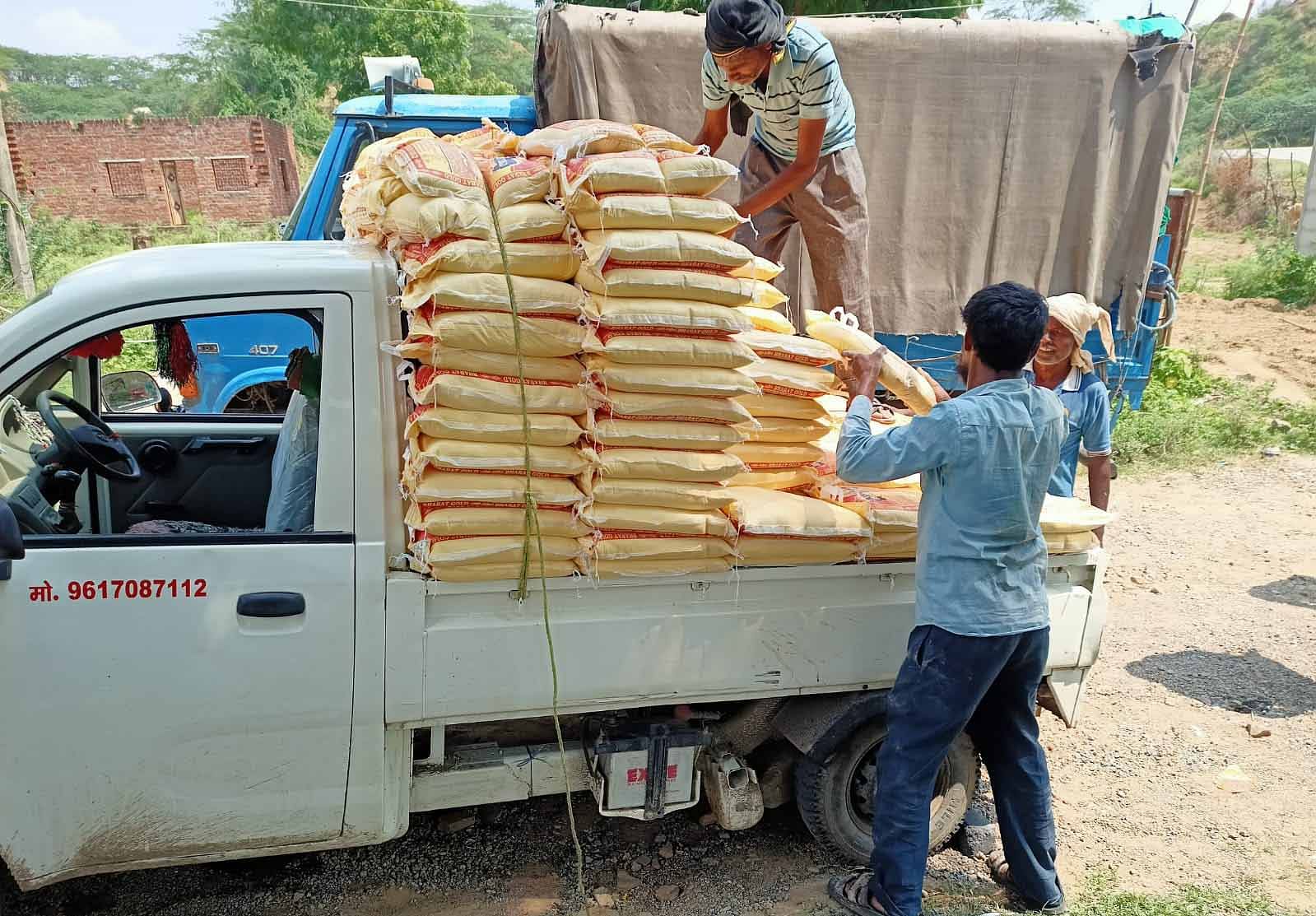 Relief material being loaded for flood-affected people | All FP Pics

Bhopal (Madhya Pradesh): Like every monsoon, Chambal and Parvati rivers are in spate wreaking havoc in Morena, Bhind and Sheopur districts of Chambal division. Breaching its 25 years records, Chambal river on Thursday had touched 146.50 meter which was 8.5 meter above the danger mark which stands at 138 meter.

On Friday it was flowing at 145m at Rajghat in Morena district way above its danger mark and at 129.77 meter in Bhind . Floods this year have affected over 250 villages, this includes 200 villages in Morena, 39 in Sheopur and 25 villages in Bhind district.

Last year too, the division had witnessed floods, however, the Chambal river then had not crossed 144 meter. After 1996, once again the flood waters this year has submerged the Shiva temple, situated near the old bridge at Rajghat where the river was flowing at 145 mt mark on Friday morning. People living in around 200 villages have been rendered homeless. The flood has ruined the standing crops in  hectares in Morena district. Chief Minister Shivraj Singh Chouhan has arranged two helicopters to deliver the ration to flood-affected people. In Bhind, Chambal river is flowing 9.77 meters above the danger mark of 138 meters on Thursday. Chambal had receded to 129.77 mt at 8 am on Friday. Rescue operations are underway at Navali Vrindavan, Mukutpura, Chaumhan villages including the lower settlements of Ater. The standing crops in more than 25 villages of Ater area of Bhind have been destroyed. Water-logged Mukut Pura village has turned into an island and people had to climb on the roofs of their houses to save their lives. The approach roads are all submerged under 20-25 feet deep water

Chambal waters have also flooded Barhi village. At Udi Ghat, the river is flowing merely 0.23 meters below the bridge. Rising level of Pahuj river has severed road connectivity to many villages including Hilgawan.

In Sheopur, Collector Shivam Verma instructed nodal officers of 39 villages to restore the power, drinking water supply and repair the approach roads. Power supply has been disrupted in around 50 villages.