The woman also happened to be his sister-in-law, she had left her husband and started living with his younger brother

Bhopal(Madhya Pradesh): A butcher allegedly killed his live-in partner who also happened to be his sister-in-law, said Gandhinagar police station on Monday.

Police station in-charge Arun Sharma told media that a body of a woman was found near a nullah on Monday morning. The deceased was identified as Shabana (24). The woman had got married to Ansar Khan and the couple had around two-year-old child. “Six months ago Shabana told her husband that he wants to live with his younger brother Asif. Ansar left her and also the house and went to another state looking for a job.”

The police said that the woman suspected that Asif, who runs a chicken shop, had a relationship with other women in the locality. The two would often argue over it. On Sunday, the duo had heated arguments over the issue and in the heat of the moment, Asif killed Shabana with the knife he used for cutting chicken. The man dumped the body near the nullah around 2 am, hoping that it would flow away with water current, but it did not happen. In the morning the passersby spotted the body and they alerted the cops. The body was later sent for the post mortem. Police have registered a case and launched a manhunt to nab the culprit. 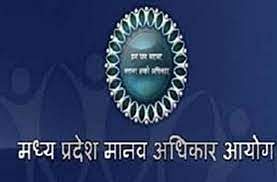