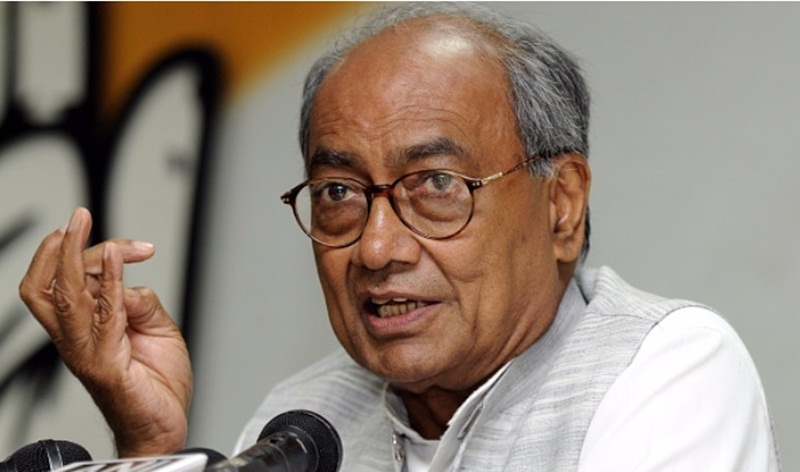 BHOPAL: The two stalwarts in state’s politics may again come face to face after 15 years in poll arena. The Congress is gearing up to field ex-Chief Minister Digvijaya Singh from Rajgarh seat in the upcoming Lok Sabha elections. It is almost sure that Singh would be given ticket from Rajgarh. The BJP is mulling over fielding ex-Chief Minister Shivraj Singh Chouhan against Singh.  Chouhan and Diggy had contested Assembly polls from Raghogarh assembly seat in 2003. Though, Chouhan had lost the elections then but he became Chief Minister in 2005.

Rajgarh is said to be Digvijaya’s karmabhumi (place of work). BJP is currently analysing its poll prospects on each seat. The report from Rajgarh has stated that only Shivraj can pose challenge before Digvijaya. BJP leaders predict that Rajgarh’s sitting MP Rodmal Nagar would emerge weak before Digvijaya. Nagar is facing resentment in his constituency too. One of the reasons behind fielding Chouhan from Rajgarh is said to be caste equations. The Kirar and Nagar communities are quite prominent in Rajgarh constituency.

If the party denies ticket to Nagar then it would result into resentment in Nagar community. On the contrary, BJP would not face this problem if it fields Chouhan.  Rashtriya Swayamsevak Sangh (RSS) is said to be quite dominant in Rajgarh area. Digvijaya had been opposing RSS activities. RSS leaders too want to field a strong leader against Digvijaya so that there should be tough contest on the seat.

Currently, Congress holds 5 assembly constituencies coming under Rajgrah Lok Sabha constituency.  Rajgarh, Khilchipur, Biaora, Chachoda and Raghogarh have Congress MLA including Jaivardhan Singh and Priyavrat Singh, who are also ministers. On the other hand, BJP has its MLAs in Narsinghgarh and Sarangpur. Susner has independent MLA. BJP is preparing with full might to retain its Lok Sabha seat in Rajgarh after recent success attained by the Congress in the assembly polls.