HomeBhopalBhopal: Aurangabad girl brought to be sold to Dewas man for marriage rescued from Betul

Bhopal: Aurangabad girl brought to be sold to Dewas man for marriage rescued from Betul

Bhopal(Madhya Pradesh): Betul police rescued an Aurangabad girl who was to be allegedly sold to a Dewas-based man who was not getting a bride for marriage, police said on Monday. Nephew of one of the accused played a key role in helping police to save the girl. Police have arrested five people, including a woman who had allegedly ‘purchased’ the girl from her poor parents who were unable to take care of her.

Superintendent of police Simala Pradad while talking to media said that they were alerted by Ashok Malviya, nephew of the accused Sarita Patidar that his maternal aunt and her accomplices were planning to sell a girl.

He informed police that his aunt Sarita had brought the girl to home asking the family members to keep the girl in their house for a few days. She had told the family that the girl was to take care of the ailing mother-in-law. However, Ashok managed to find out that Sarita was planning to sell the girl to someone in district Dewas for Rs 60,000-70,000.

The police have registered a case under Section 370 of IPC and started the investigations. An eight-member team has been constituted to nab the culprit. The police found out that the woman had shifted the girl and she along with others were heading towards Dewas. The police team chased their vehicle and intercepted them. Police arrested three accused including Rajesh Sharma, Sarita Patidar and driver Bablesh Yadav. They were heading to Dewas to allegedly sell the girl to Gajraj Vishwakarma and Pappu Vishwakarma of Dewas. The police later arrested the duo also.

It is said that the girl’s parents had allegedly ‘sold’ the girl as they were unable to bear her food expenses. Sarita had ‘bought’ the girl and was planning to ‘sell’ her off to Dewas-based people for marriage. The man in Dewas was not getting a suitor and so he had decided to go ahead with bride purchasing. 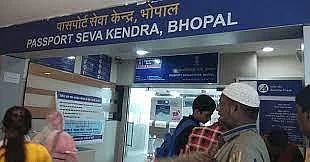