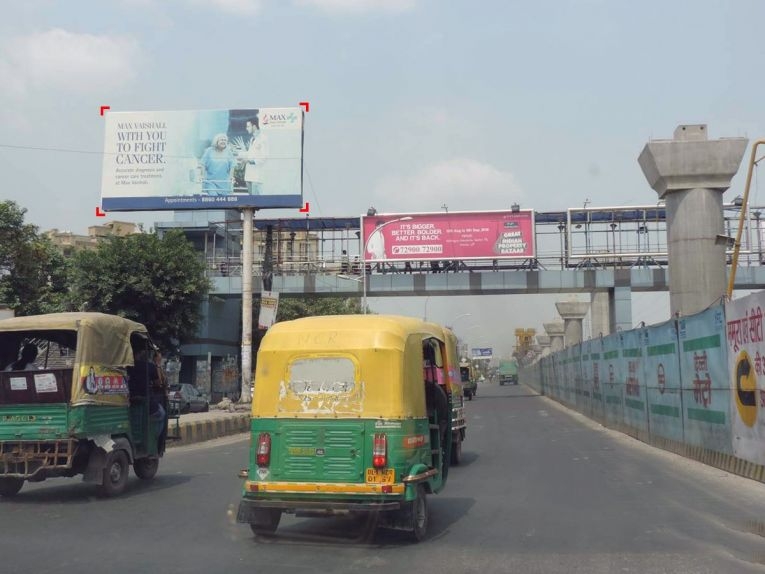 Bhopal: ­Small cut-outs fixed on poles at various places like prominent squares, tri-sections, footpaths, are posing grave danger to the commuters, children in the state capital. But Bhopal Municipal Corporation seems to be apathetic to the whole issue. Commuters blame BMC for failing to take up timely action. They claim that the civic body is waiting for a major mishap before taking up any action under defacement act.

The cut-outs are either loosely tightened with poles or their knots get loose with wind. The chances of the mishaps rises whenever the city experience windy weather- as under condition such conditions there is a likelihood of them flying of on the commuters. However, BMC has removed few of the board so far.

BMC additional commissioner Kamal Solanki said, “We have instructed teams to remove all the small cut-out and hoardings and they are working but problem is that they are in so large numbers so it takes time. But it is normal for removal of hoardings and cut-outs specially from traffic signals, squares, poles as it pose problems.

BMC administration ensures neat and clean city.” Setting trends, even judiciary intervened into matter and laid the rules and regulations. Madhya Pradesh High Court in 2014, had instructed civic bodies to remove hoardings that were hazardous in state capital and all over the state.