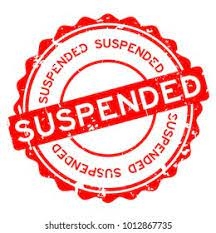 UAD’s investigating committee, in its report, had  called the merger of  14 contractual/ honorarium workers and 39 employees of Bakaho Panchayat (total 53 employees) as regular employees in newly constituted Nagar Parishad, as against rules of Madhya Pradesh Nagarpalik Adhiniyam, 1961 as  they are not resident of Bakaho, Shahdol District.  The investigating committee also said that it is loss of Rs 65 lakh as salaries and incentives to 53 employees as regular and held the suspended officials responsible for this loss. All these employees were merged after on September 26, 2016, date notification for constitution of Nagar Parishad, Bakaho. List of these employees were handed over to CMO Nagar Parishad, Bakaho. UAD had constituted three member committee headed by   Joint director (UAD) Bhopal   Anil Kumar Goud for investigation in merger of panchayat employees to newly constituted Nagar Parishad, Bakaho, Shahdol District.  The other two members are   in-charge Joint Director (UAD), Rewa and  RP Soni and deputy director UAD, Bhopal, OP Jha.