HomeBhopalBhopal: 553 get jobs in MP after losing earning family member to Covid

Bhopal: 553 get jobs in MP after losing earning family member to Covid

Rs 14.10 lakh transferred into bank accounts of guardians of 282 children

Woman receiving Covid vaccine i | FP
Follow us on

BHOPAL: The state government has so far given government jobs to 553 persons on compassionate ground after the earning member of their family succumbed to Covid-19, according to government officials. The deceased family members of the new appointees were in government service in different capacities in Madhya Pradesh, said official.

On the occasion, Chouhan also transferred a total of Rs 14.10 lakh (Rs 5,000 each) into the bank accounts of the guardians of 282 children, who have lost their parents due to the pandemic in the state. The financial assistance was given under the ‘'Mukhyamantri COVID-19 Baal Seva Yojana’. The government is providing education, food and other necessities to such children under the scheme, the official added. 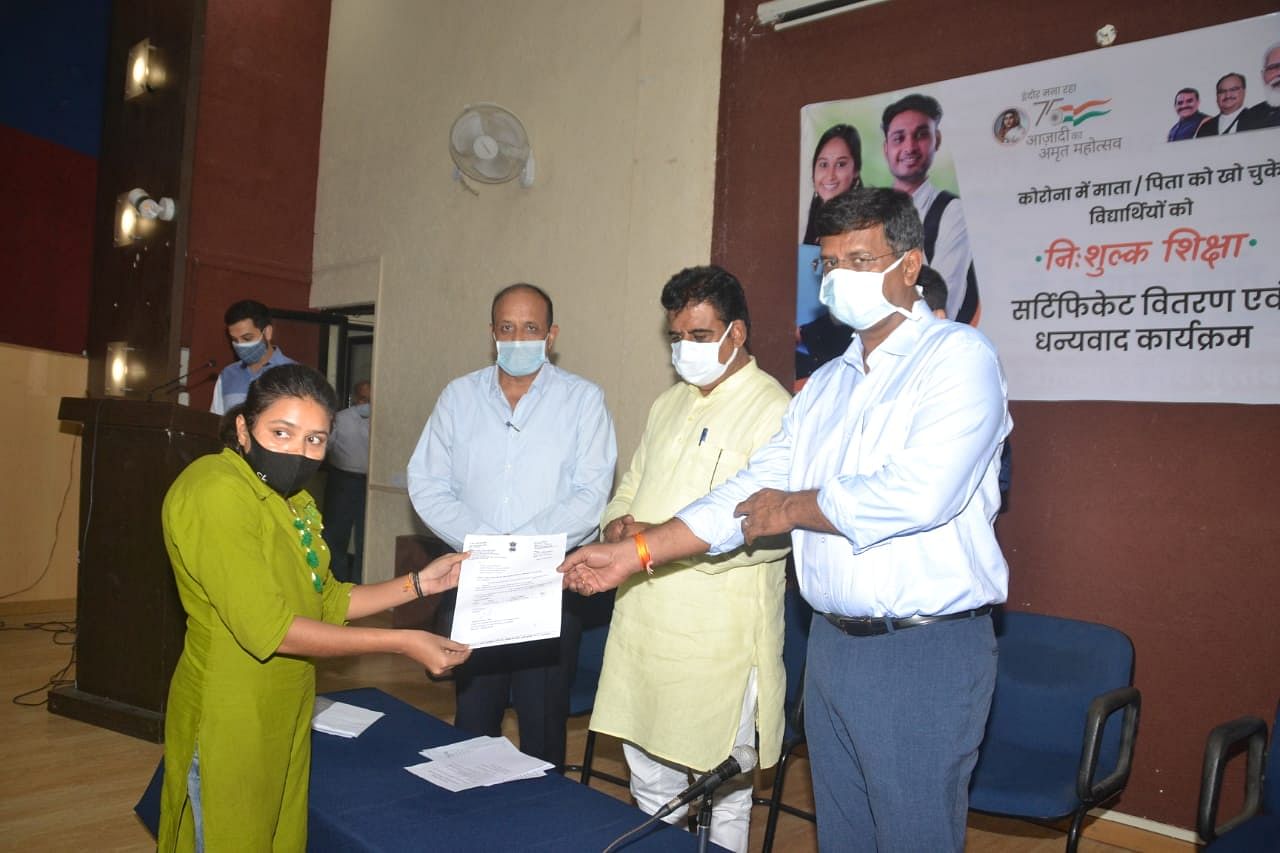 Under the special scheme, appointments on compassionate grounds in state government jobs are provided to eligible persons from families of government servants who died due to Covid-19 in the period between March 1 and June 30.

Appointment is given to a family member of regular, contractual, temporary employees, work-charged, outsourced employees, daily wagers who get salaries from contingency funds in various departments. If a state government employee was Covid-19 positive during March to June, 2021 and died within two months after June 30, a member of his or her family will still be given a government job under the scheme.