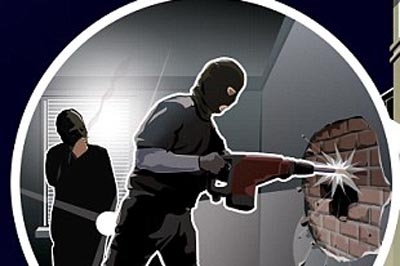 Bhopal: A trader was kicked, slapped by three persons, who snatched his bag and fled away. The dramatic incident occurred near Jain temple, which is a stone’s throw away from TT Nagar police station on Wednesday evening.
The complainant was riding his bike and the accused were chasing the man on their bike. As he slowed down, they waylaid him and hurled abuses on the 35-year-old man. They first scolded him for being a harasser and then kicked and slapped him. The complainant said he could not understand anything as it all happened so fast.

One of the accused then came down from the bike and snatched his bag carrying cash Rs 4.10 lakh. According to police, the complainant Veerbhanu Singh is a resident of Kolar. He runs a shop in the area. He told police that he was carrying cash for payment of goods he had procured and was heading towards Jawahar square. As he reached near Jain temple, three youths approached him and after they kicked on his bike one of them slapped him.

After accusing him of harassment they thrashed him and snatched his bag from him. He told police that in his bag he was carrying cash Rs 4.10 lakh and his documents which were also taken away by the accused. A complaint against unidentified men has been lodged with TT Nagar police and probe is on into the matter, said SHO TT Nagar Alok Shrivastava. SHO Shrivastava said that we have sought CCTV footage of the nearby areas and other locations to trace the accused who were three in number.