Bhopal: A 40-year-old Auxiliary Nurse Midwifery (ANM) who fell ill following the administration of Covisheild vaccine in Ashok Nagar continues to remain in ICU. The nurse was admitted to Intensive Care Unit (ICU) after she complained of uneasiness and muscular cramps shortly after receiving the shot, on Saturday during the nationwide vaccination programme.

Total nine cases of Adverse Event Following Immunization (AEFI) were reported in the state following the immunization. The ANM Mamta Yadav undergoing treatment while talking to Free Press said, after she was administered the vaccine she developed muscular cramp and was unable to stand properly.

“Even after 24 hours of vaccination, I am still at the ICU. Soon after the shot I developed muscular cramp, breathing issues and headache. Doctors immediately attended to me and when even after 30 minutes my condition did not improve, I was admitted to ICU,” said the ANM. She informed that during her pregnancy, she suffered epilepsy and had to remain on medicines for three years for the treatment of the disorder. The woman was in the ICU under doctors’ supervision till this report went to the press.

Community health officer (CHO) Swati Napit, 25, of Vidisha was one of the healthcare workers to have developed some medical issues after taking the covid shots. “I developed fever and headache after the vaccine dose. Doctors have prescribed medicines but I still have fever.

Doctors assured that post vaccination fever is normal and it will come down gradually.”

Gwalior-based Dr RK Sharma, 55, a vaccine recipient too complained of itching and rashes post the immunization. “I am a doctor myself and so after getting the Covid shot I told the medics to push anvil (anti-allergic). After a shot of anti-allergic, I got relief.” The doctor said that he has kidney, COPD and HTN complications.

Similarly, health worker Namrata Chaure, 40 of Barwani said that the doctors gave her an anti-allergic dose when she complained of rashes, itching and uneasiness after receiving the jab. “Doctors advised me not to panic as minor side effects were normal after the vaccination. I am taking rest and things are better now,” said Namrata. 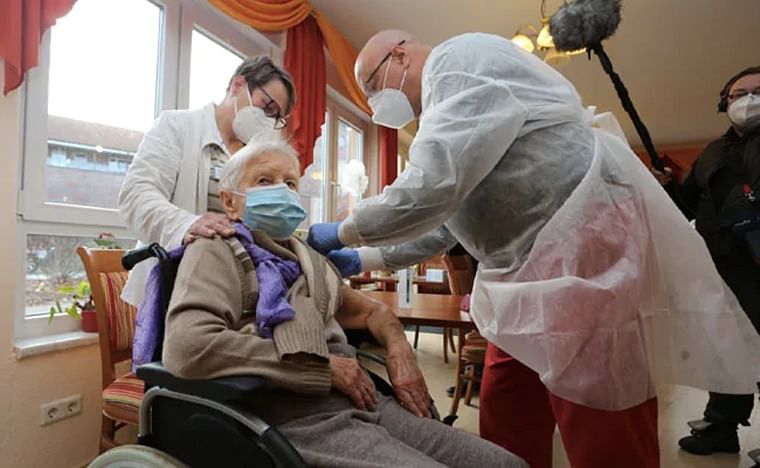