Bhopal: 23-year-old killed as truck hits his bike from front

Incharge of Bilkhiria police station Umesh Singh Chauhan said the youth tried to overtake a car ahead of him.
Staff Reporter 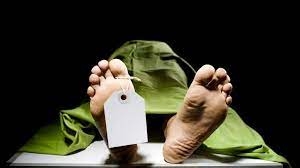 BHOPAL: A 23-year-old youth was killed after his bike collided with a truck in Bilkhiria on Tuesday morning. The deceased was identified as Deepesh Sahu, a resident of Teela Jamalpura. He was heading towards Raisen road on a bike, said police.

The incident occurred around 09.30 am, when he was riding the bike near Reshamrao hotel. The truck hit the bike from the front and he came under its wheel, said police. Incharge of Bilkhiria police station Umesh Singh Chauhan said the youth tried to overtake a car ahead of him and a truck coming from front hit him.

The truck ran him over and he died on the spot, said Chauhan. The body was sent for post-mortem and was later handed over to his family, said police. A case was registered with Bilkhiria police in connection with the incident.