Bhind: Police constable picked up by the STF over Vyapam scam

Bhind (Madhya Pradesh): A police constable accused of clearing constable recruitment test through fraudulent means has been arrested by the Special Task Force from Bhind late evening on Friday.

Ajay Singh Gurjar, a native of Shanichara Ghati in Morena, had got an appointment as a police constable after clearing the 2012 police constable recruitment test organised by MPPEB (Vypam) in 2012. Recently it was revealed that Gurjar had used fraudulent means to clear the test. On Friday evening, a team of STF from Bhopal reached the Gohad police station and picked up Gurjar when he was on duty. The team then retreated to the state capital.

Those in the know claimed that the young constable had hired an imposter for taking the recruitment exam in place of him and managed to clear the test and got an appointment. The STF had received a complaint against the man recently. Shyam Singh Gurjar, also a native of Shanichara Ghati in Morena recently after a tiff with Gurjar had complained to STF in Bhopal.

The STF after a preliminary investigation had lodged a case against the constable on May 30 and made a surprise visit at Gohad thana Friday late evening to nab the accused constable.

To add, Police constable recruitment test 2012 was one of the exams conducted by the MPPEB (Vyapam) in the year 2022, which was under the scanner for large scale charges of anomalies. Apart from the CBI which is probing into the scam, the MP STF is also enquiring into hundreds of complaints into the admission and recruitment scam which was unearthed in 2013 when large-scale medical courses’ anomalies were unearthed. 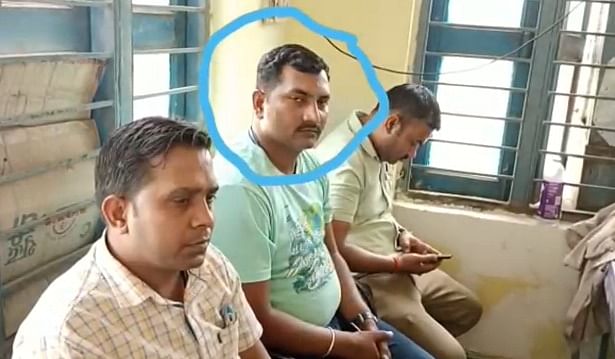 HomeBhopalBhind: Police constable picked up by the STF over Vyapam scam