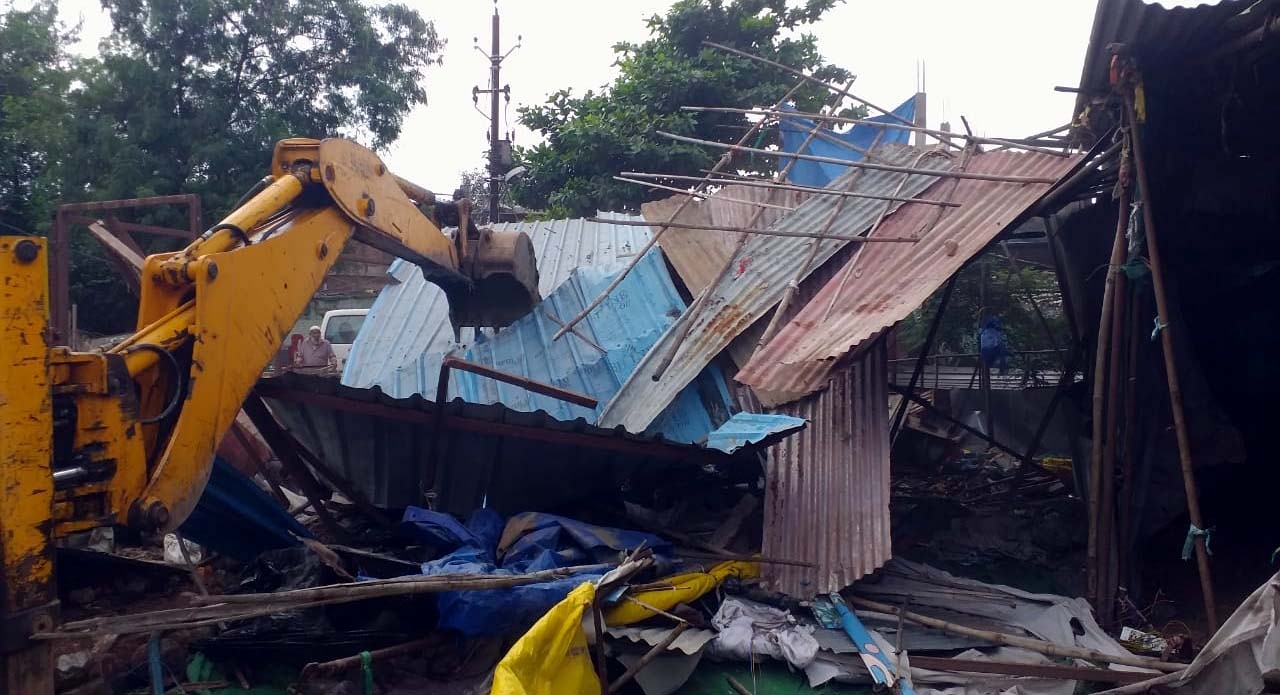 BHOPAL: Continuing with the drive against land sharks, the district administration on Monday removed encroachments from 5 acres of land in Kolar area. The teams of district administration, municipal corporation demolished the illegal structures in presence of police force and freed the land worth over Rs 15 crore from encroachment of a land mafia, said the officials.

A day before, the administration had razed portions of two marriage gardens on Sunday and recovered encroached land worth over Rs 2 crore.

On Monday, the teams reached Kajlikheda village in Kolar around 10 am and began the anti-encroachment drive. They razed warehouses, shops and buildings owned by Sajruddin.

Sajruddin is facing cases of physical assault in Kolar police station. The administration had collected records of the land he had encroached upon and ordered demolition of the illegal structures raised on the said land. The demolition exercise continued for four hours amid the presence of additional police force. ADM Dilip Yadav said Sajruddin had illegally occupied the land in Kajlikheda and earlier notices were served on him. The administration, in compliance with the state government’s orders, razed those illegal structures, said the ADM.

The administration is likely to continue with the demolition drive of the illegal structures of the land mafia in the area.