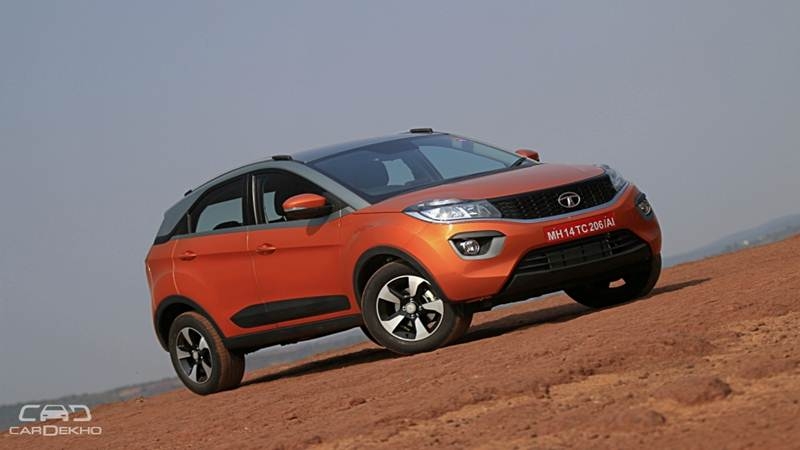 Just a few weeks after launching the Nexon AMT XZA+ at Rs 9.41 lakh and 10.38 lakh for petrol and diesel respectively, it seems like Tata Motors will launch the Nexon AMT in more variants as well. According to a leaked certification document, the XMA and the XZA are the two variants that will be introduced in the Nexon. Since these variants will be relatively less feature-loaded than the XZA+, these will be more affordable as well.

As the name suggests, these variants will be based on the XM and XZ variants of the Nexon (manual transmission). These are likely share their equipment list with the corresponding manual variants as well. So expect the XMA variant to be equipped with features such as LED tail lamps, 4-speaker ConnectNext Harman Kardon infotainment system with Bluetooth and steering mounted controls, dual front airbags, ABS with EBD, rear parking camera with sensors, all four power windows and electrically adjustable ORVMs.

The image of certification only confirms details of the diesel-powered Nexon AMT. However, we expect Tata to launch the XMA and XZA variants of the petrol-powered Nexon as well.

These upcoming new variants of the Nexon AMT will not only make the Nexon a more compelling package but will also help it to take on its arch-rival, the Vitara Brezza AMT better. Maruti recently launched the Vitara Brezza with an AMT. It is available in three variants: VDI, ZDI and ZDI+, which are priced between Rs 8.54 lakh and 10.49 lakh (ex-showroom Delhi).