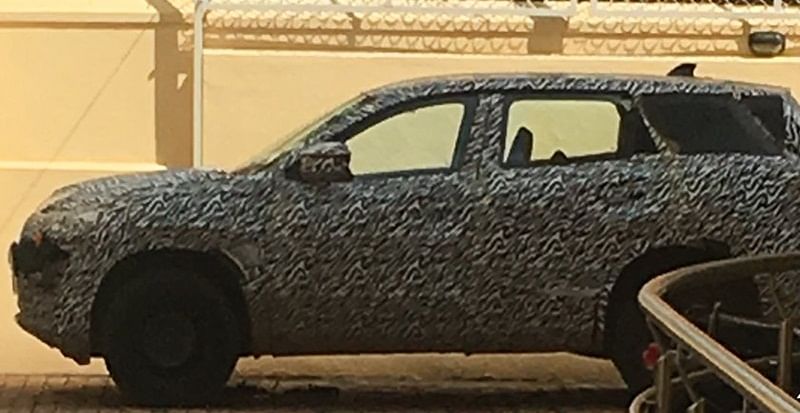 MG Motor is set to launch its first SUV for India in mid-2019. The upcoming SUV will rival the Jeep Compass in terms of price and the Tata Harrier as far as size is concerned. However, CarDekho now has confirmation from company sources that the first MG SUV, which is expected to be based on the Baojun 530, will be revealed in April 2019. The five-seater SUV will be made in India and it will be bigger than the Honda CR-V!

MG is a British carmaker that is now owned by Chinese auto major SAIC. The carmaker had first revealed a teaser image of the SUV in October 2018 at a media event held in China. It is this image that suggests that the upcoming SUV will be based on the Baojun 530, which was also spotted testing in India.

If MG is to be believed, its first SUV will be loaded with features, some of them even being first-in-segment. The SUV will have in-built internet connectivity, which means you’ll be able to access features like navigation, shopping, etc. from the infotainment system of the car. We recently got up close with some MG cars in Delhi-NCR and found out that all of its existing models get a sunroof, interesting dashboard trims and quality leather upholstery. We expect the new SUV for India to offer the same.

As far as powertrains are concerned, the SUV will be powered by a 2.0-litre diesel engine, as confirmed by MG in the past. There will be a petrol engine on offer as well, but the carmaker is yet to reveal any details about it. Earlier this year, MG also hinted that SAIC had plenty of automatic transmission options that it could choose to pair with the engines on its first SUV here. Hence, expect the carmaker to offer the SUV with an automatic transmission as well.

We’ve been calling the first MG SUV a rival to the Tata Harrier primarily because of its size. In terms of price, we expect the SUV to start from over Rs 15 lakh and go up to around Rs 20 lakh for the top model. The Tata Harrier, in comparison, is expected to undercut this MG SUV while the Compass will be in the same range.