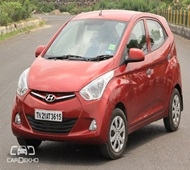 Tokyo: Japanese carmaker Honda Motors posted a profit of $3.17 billion in 2015, a 32 percent drop, owing to unfavourable exchange rates and the cost of recalls of defective airbag inflators made by Takata, the company said on Friday.

During the 2015 fiscal year, which ended in March, Honda recorded an operating profit of $4.63 billion, 24 percent less than the previous year, Efe news cited the company as saying in a statement.

Sales of the third largest Japanese automobile company increased 10.6 percent to 4.74 million worldwide, thanks to good sales in North America and Asia.

The appreciation of the yen against foreign currencies and the cost of global recalls of millions of vehicles over defective airbags made by Japanese firm Takata cost the company $4 billion during the last financial year and hurt the company’s results.