Bajaj Pulsar is being presented with celebratory price reduction up to INR 5,895. 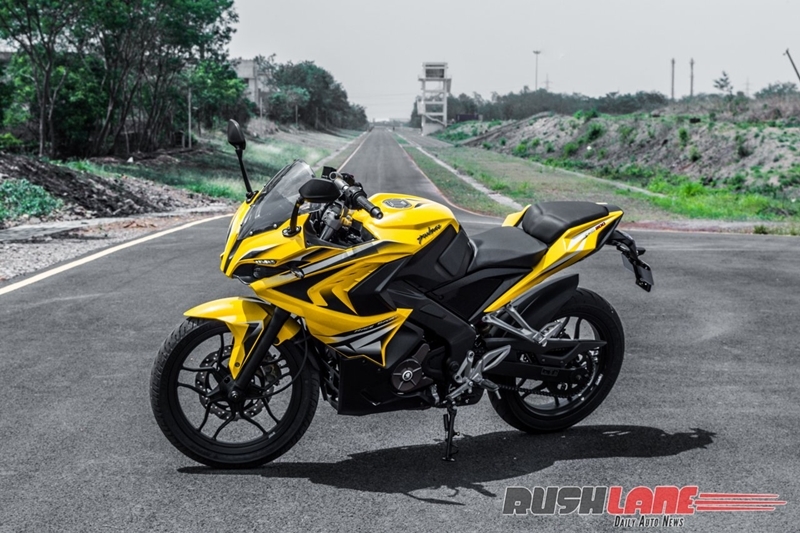 Bajaj Auto launched the Pulsar brand in India back in 2001. Over the years, Bajaj has launched a number of Pulsar variants, some of them being discontinued as well (NS200, 200 FI), but the overall brand name has seemingly continued to grow.

Bajaj Pulsar’s 15 years of success in India is on account of its sporty stance, affordable pricing, innovative features and number of variants that instantly appeal to a varied segment of buyers. Today, under the Pulsar nameplate Bajaj offers a wide-range of motorcycles, starting from 135 cc to top of the line RS 200. Soon, Bajaj will launch even more powerful Pulsar called VS400.

VS, which stands for Vantage Sport, is a 400cc cruiser sports bike under the Pulsar nameplate. It is powered by a 373cc liquid cooled, 4 valve triple spark engine offering 34.5 bhp power at 8,000 rpm mated to a 6 speed gearbox. The bike was showcased as CS400 Concept at the 2014 Auto Expo and is among one of the company’s most anticipated launches this year.

Bajaj VS400 is to be launched sometime later this month. It will be offered in two variants with ABS and without ABS and affordably priced at between INR 1.50 lakhs to INR 1.7 lakhs.

On board features on the new Bajaj Pulsar VS400 will include a tank mounted fuel indicator as is seenon the Ducati Daivel. It will also get a longer swing arm, larger rake angle, more comfortable seating position along with rear split LED stop lights, machined alloy wheels and telescopic front forks.

The upcoming Bajaj Pulsar VS400 was recently seen on test runs across the country while an image of the bike on test in Ladakh was also viewed where the bike was seen posing for a TV commercial.