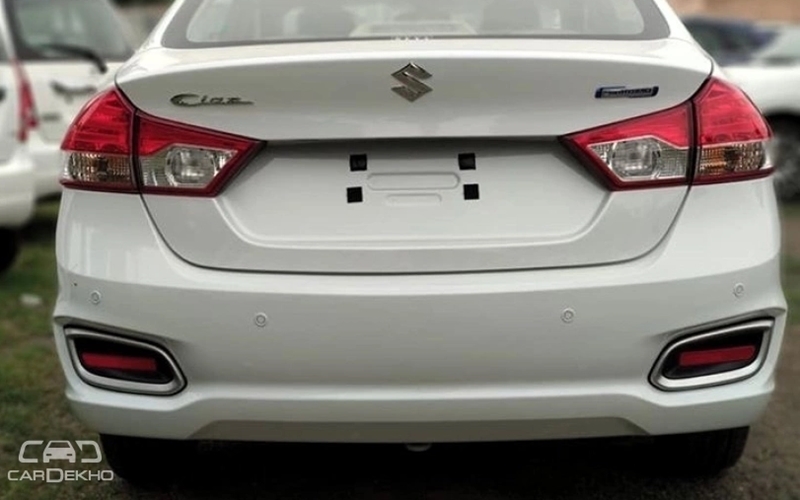 Maruti Suzuki is all set to launch the 2018 Ciaz facelift in India on 20 August 2018. Bookings for the upcoming sedan are already open and it’s now common knowledge, thanks to a previous leak, that the sedan will be available in four variants: Sigma, Delta, Zeta and Alpha. If you’re about to book the upcoming Maruti sedan, you might also be aware that the automatic transmission will not be available in the base Sigma variant. Now, we’ve got hold of an official document that confirms some more details about the 2018 Ciaz that you must know.

1. ESP and Hill-hold Assist are not standard

In our previous reports, based on a leak, we had mentioned that the Ciaz facelift will come with ESP (Electronic Stability Program) and Hill-hold Assist as standard. However, the official document now confirms that these features will be limited to the automatic version of the sedan only. The 2018 Ciaz facelift equipped with a manual transmission won’t get these features.

The 2018 Ciaz will certainly get LED-powered fog lamps. It will be the first Maruti car to get these. The 2018 Ciaz will also get LED headlamps and LED rear combination lamps. It remains to be seen whether Maruti Suzuki opts to offer the LEDs in head- and fog lamps from lower variants or restricts them to the top variant only.
Advertisement

The SBR will warn the front occupants (both the driver and front passenger) to fasten the seatbelts (if they haven’t already) via a reminder and a buzzer above 15kmph.

4. New 1.5-litre petrol engine to be more powerful than the outgoing 1.4-litre motor

The 2018 Ciaz will also be available with a diesel engine, like before. The engine will be the same 1.3-litre unit, developing the same power and torque as earlier. It will continue to come with a manual transmission only.

6. No change in dimensions

Since it’s just the facelift of the existing Ciaz, the dimensions will remain the same. And now, the official document too confirms this.

With the facelift, we expect the new Ciaz to be slightly more expensive than the outgoing model. We expect its prices to start from around Rs 8 lakh. Read in detail about the expected prices of the 2018 Ciaz here.