Another Pak nuke threat shaping up for India?

Washington :  In what must come as a wake-up call for India, Pakistan has nearly completed external construction of a fourth reactor building at the Khushab nuclear complex that produces plutonium for the country’s nuclear weapons programme, according to a US think tank. 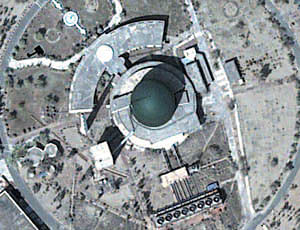 The Institute for Science and International Security, which has used commercial satellite imagery to monitor developments at the Khushab complex for years, said in a report that images from November 1 clearly show that “the external construction of the fourth reactor building appears nearly complete”.

The Khushab complex, located 200 km south of Islamabad, is dedicated to the production of plutonium for nuclear weapons. Pakistan is working to ramp up production at the complex so that it can build more miniaturised plutonium-based nuclear weapons, ISIS said.

The report further said Pakistan is “believed to have depended on illicit procurements” for the four reactors at Khushab.

According to an ISIS report of April 2011, Pakistan was allegedly operating an illegal network in the US to procure goods, including switching and radiation detection equipment and nuclear-grade resin, for its Chashma plant and possibly other reactors including those at Khushab. Another recent ISIS report on the “The Future World of Illicit Nuclear Trade” stated Pakistan is expected to “maintain or improve its nuclear arsenal via illicit nuclear trade”.

The Khushab site originally had one heavy water reactor in the 1990s and Pakistan began work on a second reactor during 2000-02, a third one in 2006 and the fourth one in 2011. “The expansion of the Khushab nuclear site with the addition of reactors 2, 3 and 4 appears to be part of a strategic effort by Pakistan to boost weapon-grade plutonium production,” ISIS said in its latest report. “This increased capability would allow Pakistan to build a larger number of miniaturised plutonium-based nuclear weapons in order to complement its existing arsenal of highly enriched uranium weapons,” it said.

Though work on the fourth reactor proceeded at a slower pace than predicted by ISIS, the “reactor stack and four of the six auxiliary buildings…appear complete”. Two support buildings located to the west of the reactor building are still under construction. ISIS said Pakistan has not provided any public information about three new reactors at the Khushab complex or the power output of the original one, estimated to be 50 MWth.