Why did it go all wrong for India, one of the favourites to win at the T20 World Cup? A L I Chougule analyses

India’s only hope was to emphatically win the remaining two games and hope for Afghanistan to defeat New Zealand on Sunday. But it didn’t turn out that way
A L I Chougule 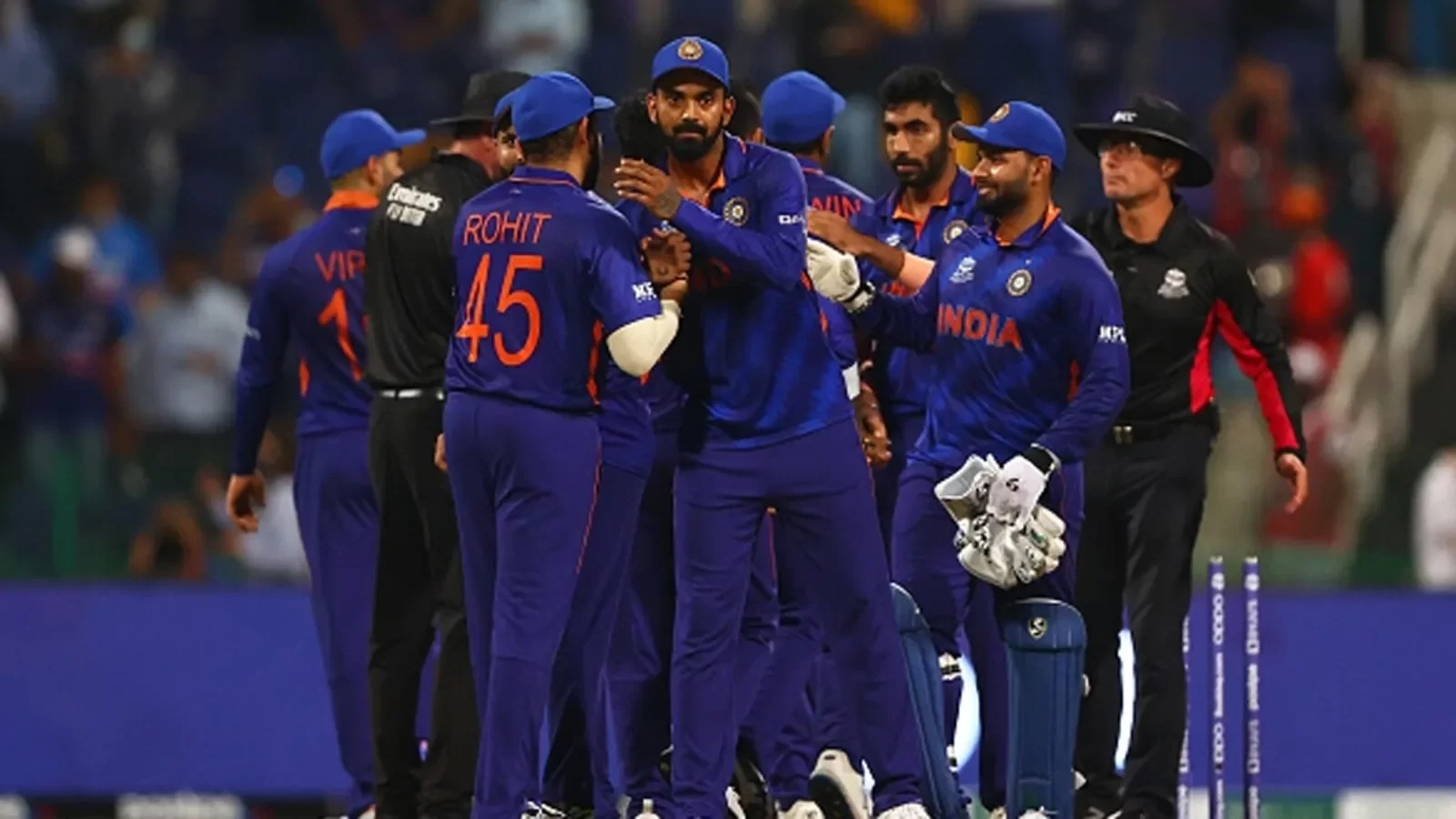 Technically, India was not out of the T20 World Cup till it played its second last group game against Scotland on Friday. But the signs of being knocked out of the high-pressure international tournament in the Middle East were ominously apparent after India’s disastrous performance against New Zealand on October 31. Having lost two important group games, India was unlikely to make it to the semi-finals. That was almost certain.

But after the big win against Afghanistan on Wednesday, India’s only hope was to win emphatically the remaining two games and then hope for Afghanistan to defeat New Zealand on Sunday. But it didn’t turn out that way and India was finally knocked out of the World Cup at the group stage itself, with New Zealand’s emphatic win over Afghanistan.

Not in the game

So, why did it go all wrong for India, one of the favourites to win, at the T20 World Cup? The question is not a puzzle that’s difficult to comprehend. The answer is simple: India was simply not in the contest from the time it played against Pakistan and lost. India not only lost the game against its traditional, arch rival but lost the momentum of playing aggressive cricket.

The loss against Pakistan was not only demoralising but India didn’t recover from it for its next game against New Zealand. The Kiwis simply outplayed India in all departments of the highly competitive format, in which India is supposed to be quite good. After all, India boasts the world’s best T20 league, which should be an ideal practice ground for the national team to face any challenge in the T20 format, be it a bilateral series or an international competition.

But that doesn’t seem to be the case since the launch of IPL in 2008. In fact, since 2008, India has not won a single T20 World Cup. While India won the inaugural T20 World Cup in 2007, six months before the launch of IPL, our performance in the biennial 20-20 World Cup has been less than satisfactory, though India has done quite well in international cricket, particularly in the 50-overs one-day format and Test cricket. In 2008, India ranked fifth in Test cricket; today it ranks second. In the one-day format, India won the 2011 World Cup and was a semi-finalist in 2019; today India ranks third among 20 countries in ICC rankings.

Even though the IPL is radically different from Test cricket, which is more an endurance game, many young players have adapted well to fit into the scheme of Test and one-day cricket. While the IPL seems to have had a positive impact on Indian cricket and on young players who represent India today in international cricket, India has been found wanting in its performance in the T20 World Cup.

So, why has a staggering wealth of talent, experience, strategising and innovation not permeated the national team when it comes to playing the T20 World Cup? This is a puzzle and there is no simple answer to it; there could be many factors contributing to India’s lacklustre performance: selection blunders, outdated approach, fatigue and inability to strategise and innovate.

A captain struggling to find his bearings, a team in which a few players were picked up on the basis of reputation than current form and tired legs and jaded bodies desperately seeking a break from bio bubbles may all have contributed to India’s disastrous T20 World Cup campaign. It is difficult to point fingers at one particular cause for this shoddy performance.

“There is only one way to play T20 cricket. You have to be optimistic; you have to be positive and take calculated risks. That’s what this format is all about,” Captain Virat Kohli said after the defeat to New Zealand. In other words, India was none of those and was not ‘brave enough’ in terms of execution, as Virat admitted.

T20 is a format where reputation counts for little, with any team capable of upsetting a more fancied opposition. The national selection committee should have relied on the IPL as a reference and factored in current form while picking players for the T20 World Cup. Obviously, it didn’t and went for reputation instead. The result is a disastrous show by Team India which is not an aberration, given that India has played a lot of cricket in Dubai in the last two years and knew the conditions the best among all teams. And they were also aware of the fact that defending a total was going to be difficult.

But India didn’t seem to have a proper plan in place in the first two big games against Pakistan and New Zealand. India simply caved in to the pressure. This has happened time and again, as we haven’t done well in high-pressure games; in the last eight years, India also hasn’t won a major ICC trophy.

It is easy to blame Virat Kohli’s captaincy for this but it is also a fact that India under Kohli has not done well in ICC events like the T20 World Cup, 50-over World Cup and Champions Trophy, while India has been quite successful in bilateral series. Probably it’s easier for him to plan and lead in bilateral series against one team because there is always a chance to do a course correction if things go wrong.

But in a multi-team event, the opposition changes in each game and Virat hasn’t been successful in leading India to victory. The fatigue of playing the IPL just before the T20 World Cup could also be the reason why things go so horribly wrong time and again at the shortest format’s World Cup, since India won the inaugural championship.