Where does the Opposition go from here? 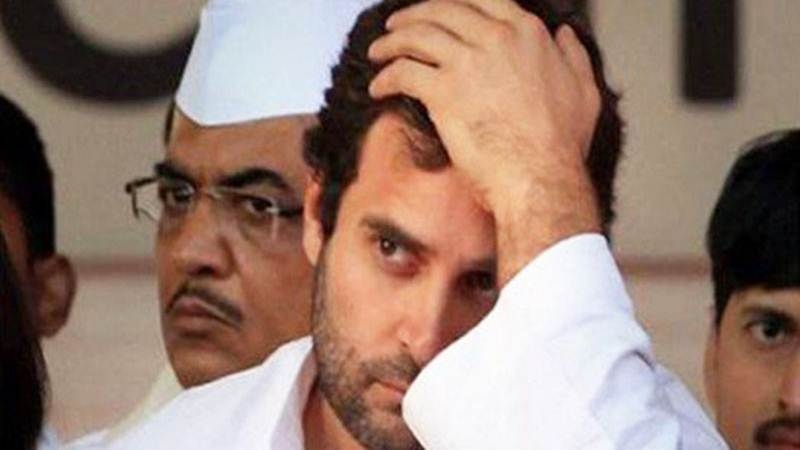 Punjab chief minister Captain Amarinder Singh is the only mass leader left in the Congress currently, but he has never shown any inclination to come to the centre. Nor has Naveen Patnaik. Neither Sharad Pawar nor Mamata Bannerjee are likely to be acceptable to the mother party, while Mayawati will find it difficult to garner the SP’s support. The only universally acceptable face, Nitish Kumar, bowed out last year.

Karnataka is not yet done and dusted, but the Opposition has no time to lose. The general elections loom large on the horizon and Narendra Modi straddles the electoral landscape like a colossus, with no challenger in sight.

The principle of collective leadership is the only recourse, but can a motley crew of regional parties come together in a pre-electoral coalition with the Congress? By kowtowing to the JD(S) in Karnataka, the not-so grand old party has signalled that it is ready to kiss up to regional forces, so the state by state battles envisaged by West Bengal chief minister Mamata Bannerjee — BJP versus the rest — may well come to pass.

In Scenario I, the Opposition parties come together to form a mahagathbandhan (grand coalition) —  pooling their votebanks, as it were. What makes this unlikely is that a pre-electoral coalition demands a leader and there is virtually no chance of a consensus on any one person. Punjab chief minister Captain Amarinder Singh is the only mass leader left in the Congress currently, but he has never shown any inclination to come to the centre. Nor has Naveen Patnaik. Neither Sharad Pawar nor Mamata Bannerjee are likely to be acceptable to the mother party, while Mayawati will find it difficult to garner the SP’s support. The only universally acceptable face, Nitish Kumar, bowed out last year.

The main problem with such a coalition is that it cannot be based merely on the premise of a fragmented polity. It must have credibility, vis-a-vis the electorate, which is only possible if it has defining characteristics and presents an alternative vision for the country. Otherwise, voters will question its capacity to run a government. It cannot hope to consolidate votes just by citing ideological compatibility and falling back on the outdated secular vs communal slant. That may even prove counterproductive and end up consolidating votes in favour of the BJP.

The opposition experimented with such a coalition in Bihar and failed, precisely because Nitish Kumar and Laloo Yadav were pulling in different directions. In this context, it must be noted that Congress president Rahul Gandhi has often been asked what he stands for. In the last five years, he has said one thing and done another. Nor has he presented a coherent vision for course-correction.

In Scenario II, the Congress enters into state-level alliances in Maharashtra, West Bengal, Andhra, Jharkhand, Delhi, Odisha, Tamil Nadu, Karnataka, Bihar, Uttar Pradesh, Assam, Chhattisgarh and J&K, to take on the BJP. Everywhere else, it fights solo, against the BJP, the Left and the TRS. Post-election, it makes a pitch to lead a coalition, on the grounds that it has the numbers to be designated as the first among equals.

What’s wrong with that scenario? First of all, there’s no guarantee that the Biju Janata Dal in Odisha, the Aam Aadmi Party in Delhi, the UDF in Assam or the Janata Congress in Chhattisgarh would want to come on board, because there is no clear benefit in doing so when two parties share the same vote base. In any coalition, both parties must benefit; an alliance cannot favour one partner over another. Second, without a firm pre-electoral understanding, one or more among them may prefer to ally with the NDA rather than the Federal Front after the numbers are in.

The nuts and bolts of seat sharing can easily scuttle alliances. In Uttar Pradesh, for example, the SP and BSP may be open to sharing a platform with the Congress but be unwilling to part with more than five or ten seats. The prospect of being denied a ticket may then result in an exodus of Congress leaders.

What’s clear is that without a united opposition, the BJP has an excellent chance of coming back to power in 2019. In Karnataka, it beat difficult odds to come within a hairsbreadth of a simple majority. As Mamata said, a pre-electoral alliance between the Congress and JD(S) would have altered the picture considerably. The same can be said for some of the other states.

In the past, the opposition has relied on anti-incumbency. The mistakes of the incumbent party would translate into negative votes, sweeping the opposition to power. But voters have evolved in recent years and do not believe in change for its own sake. They do not throw out governments unless the challenger presents a credible alternative. Gujarat is an example of a disenchanted electorate re-electing the incumbent government for lack of a promising challenger.

Voters may acknowledge that the NDA has failed to usher in the promised ‘achhe din’, but will question whether the proposed grand coalition be able to do so. That’s why the Opposition urgently needs a strongly articulated counter-narrative to Modi.