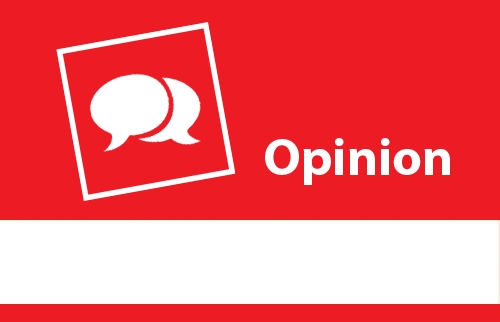 The UPA is attacking the NDA Government for being anti-poor. On the other hand, Finance Minister Arun Jaitley claims that the incentives given to corporate will translate into jobs for the poor and the NDA Government is actually pro-poor.

The UPA policy was to tax the corporate and use the revenues for pro-people welfare programmes run by the government such as MNREGA, farmer’s loan waiver, Indira Awas Yojana, and the like. The problem in this approach was two-fold. One, big corporations used automatic machines and this led to a reduction in number of jobs. MNREGA, then, was providing relief to the workers who had been rendered unemployed by those very corporations who had made them unemployed. The second problem was that schemes like MNREGA were heavily infested with corruption. The beneficiary actually got only a small share of the money that was spent in his name.

NDA has taken a different approach. Finance Minister Jaitley has announced in the House that Corporate Tax rates would be reduced from the present 30 percent to the global norm of 25 percent over the next four years. This would lead to an increase in investment and a large number of jobs will be created. This reduction in revenues for the present is reflected in the budget in decreased real expenditures on social welfare schemes like MNREGA. The total outlay for this scheme in the budget for the current year is Rs 34k crores, which, if my memory serves me right, is equal to the budget allocation for the scheme last year. This actually implies a reduction in the outlay because inflation has eroded the value of rupee. So, Rs 34k crore of last year would be equal to Rs 38 crore this year. Thus the allocation for the current year has been reduced from Rs 38 crores to Rs 34k crore this year.

The decline in social sector expenditures is in keeping with the global trends. World over countries are being forced to reduce tax rates to attract MNCs and that is leading to a cut in the welfare expenditures. The Finance Minister has tried to cover up the reduction in real allocation on welfare schemes by announcing new insurance schemes for the poor that are essentially cosmetic in nature. These schemes do not entail large government outlays hence the results will also be correspondingly minimal, irrespective of the hype.

The Finance Minister’s strategy hinges on the level of investment. Jobs will be created and the Government would not be required to raise tax revenues for welfare schemes. On the other hand, the Finance Minister will face a nasty situation if investment is small. Jobs will not be created, tax revenues will be down, and government will be trapped in a vicious cycle of reduced tax collections followed by reduced welfare expenditures. The key question then is whether the reduction in tax rates will actually translate into torrents of investments. I doubt the success of this strategy because there is a global race to the bottom between countries. All countries are reducing their tax rates to attract investments. India will have to outdo large number of countries to win the race.

Success is not ensured even if such torrents of investments pour in. Reason is that most investment will take place in capital-intensive industries. Only a handful of new jobs will be created while a large numbers of jobs will be lost. For example, manufacture of bread by Britannia and similar large companies may have generated a few thousands of jobs but this has led to a large numbers of small bread manufacturers downing their shutters leading to loss of lacs of jobs. Similarly, the establishment of a large textile mill leads to losing of jobs in thousands of handlooms and powerlooms. A study by CRISIL has reported that between 2005 and 2010 the number of workers required to produce goods worth Rs one crore declined from 171 to 105. The total number of jobs in the manufacturing sector in India declined by seven percent in this period despite the country holding to an average 8.4 percent rate of growth. I reckon it would need a growth rate of about 15 percent to even create one additional job in manufacturing. The total number of jobs in the private organized sector was 1.2 crores in 2012. About this number of new workers are entering the labour market every year. In other words every year we need to generate new jobs equal to the total number of present jobs. A growth rate of 30-40 percent would probably be required to create such number of jobs. It is impossible to attain such high rates of growth hence I predict that the Finance Minister will fail in his resolve howsoever well meaning he may be.

Inviting big investment to generate revenues for social welfare programmes is self defeating because these investments add to unemployment and contribute to the creation of the problem in the first place just as it happened in the UPA regime. It is like depriving a poor man of his daily food with a promise to provide him with vitamins; or depriving a farmer of water for his crops with a promise to provide him with a sprinkler system.

The UPA and NDA strategies both will fail. UPA strategy will fail because the numbers of unemployed will increase due to use of automatic machines by the big corporations; and because the welfare money will not reach the beneficiaries. The NDA strategy will fail because increased investments will not translate into the crores of jobs that need to be created.

The Finance Minister should take an altogether different approach. He must reduce corporate tax rates only for such corporations that create a number of jobs. He should provide incentives to job creation. Companies that generate large number of jobs may be provided with tax breaks. Use of job-eating automatic machines may be banned in the country; and import of goods manufactured with these machines may be subjected to a high rate of tax. That will generate jobs and at least prevent worsening of the employment situation as is reported to have taken place in the last few years. Imposition of such restrictions on job-eating technologies and imposition of such taxes is permissible under the WTO. Investment too will flow to make profits from our large market. The Finance Minister is right in cutting down on the welfare state. The need is to move towards a welfare economy.