Two R-Day parades, one of national pride, the other of utter shame 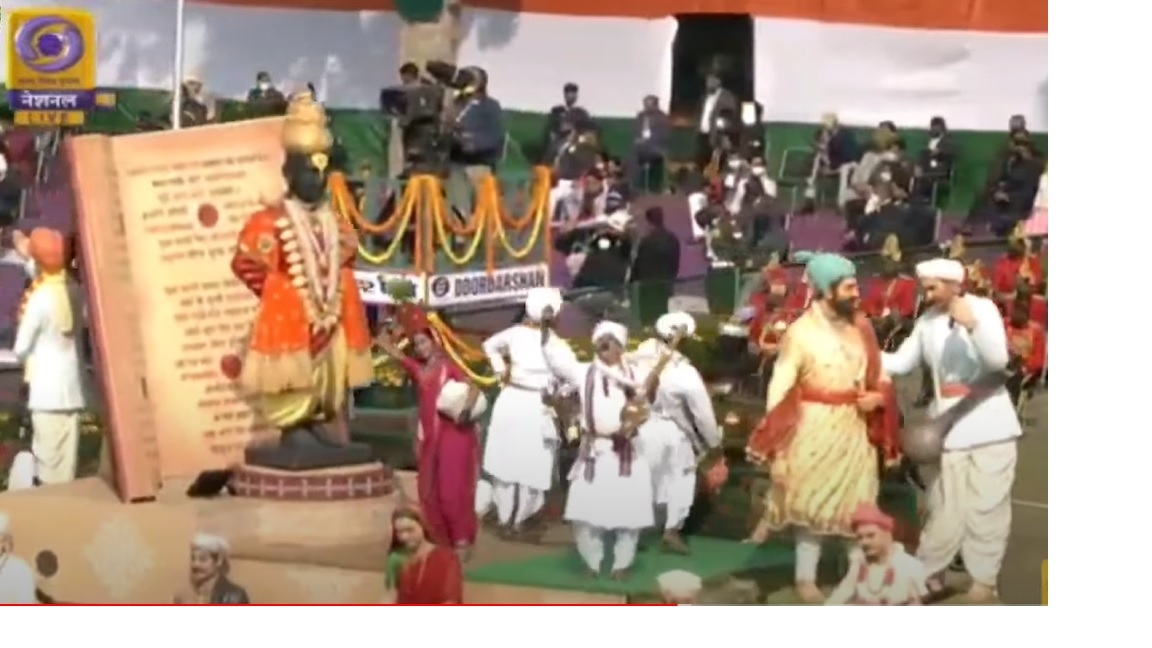 The 72nd Republic Day was witness to the best of India and the worst of India. The best was widely expected, even though due to the coronavirus pandemic, the show had to be scaled down. Yet, the R-Day parade at Rajpath showcased the emerging India, a confident and 'atmanirbhar' India, admittedly beset with myriad challenges but nonetheless determined to overcome them all.

The pandemic had forced the parade to be compressed considerably and the route it ordinarily traversed to be drastically curtailed, with invitees maintaining social distance and wearing masks. Notably, even the security forces on duty and all military and civilian participants in the parade sported face masks. In a word, everyone observed discipline at the R-Day parade.

But the other parade, billed as the tractor parade by protesting Punjab farmers, was a picture of chaos and complete anarchy, descending into violent mayhem in the heart of the national capital on one of the most sacred days in the secular calendar of the Republic. The desecrating of the Red Fort, that hoary symbol of national unity, from atop whose ramparts all Indian Prime Ministers have hoisted the tricolour every August 15 since the first in 1947, fully disgraced the Punjab farmers’ protest.

The unthinkable, nay seditious act of hoisting a sectarian flag most provocatively called into question all that the tricolour, flying proud a few feet away, symbolised and represented. Such a blasphemous affront to the Indian Republic from a people widely known to be patriotic and valorous was clearly a subversion of the otherwise peaceful protest by the Punjab farmers. Khalistani elements had hijacked the two-month-old protest, channelling the impatience and anger of the relatively young people in a most violent manner. Without question, the Congress government in Punjab and the leaders of the party in Haryana had openly instigated and funded the protest, with a view to embarrass the Modi Government. Yet, the protest against the three farm reform legislations had remained peaceful, though the siege of the highways leading into the capital had obstructed free movement of people and goods.

After the naked dance of violence, rioting, and sacrilege at the Red Fort --- with live images of Nihang Sikhs brandishing unsheathed swords, with crazed hoodlums trying to mow down the security personnel under the wheels of tractors, the wild attempts to topple public buses, the destruction of police vehicles, the assault on uniformed policemen and policewomen, the Khalistani slogans et al, beamed to global audiences --- the protest had duly forfeited public goodwill. In a way, it was inevitable. The protest leaders did not reckon with the fifth columnists, who were hell-bent on violence.

Indeed, the very idea of a tractor parade through the densely-populated areas of the capital was fraught with law and order challenges. Despite the police resistance, the political executive which, unsurprisingly, has bent over backwards to accommodate the protesters, gave permission for the tractor-march but only after securing firm assurances that the designated route and timing of the parade would be observed. The farm leaders were either unable or unwilling to respect the two commitments, leading to chaos and lawlessness in the heart of the capital.

The security forces, with their hands tied, tried valiantly but in vain, to maintain order. A large number of them were waylaid and beaten up --- all because they were under orders not to use force, whatever the provocation. The soft approach reflected the dilemma of the government: it is damned if it is tough on farmers, it is also damned if it gives them a long rope. That long rope shamed India but it virtually defaced the Punjab farmers' protest.

Given that the government had held seemingly unending rounds of negotiations, agreed to suspend the impugned laws, allayed their fears over the continuation of the MSP regime for procurement of wheat and paddy, the stubbornness of the farmers was counter-productive. They rejected an apex court-appointed committee for an early review of the reform laws; they questioned the credentials of experts nominated to the committee, all the while like a broken record, insisting on repeal or nothing. This attitude reflects a lack of leadership of the hydra-headed protest, which at last count, boasted of 40 separate union leaders.

Such was their naivety that they allowed outside elements such as Yogendra Yadav to smuggle their way into their inner councils. The unions might be sorry now for the shame of January 26, some of them may have withdrawn from the protest, but the sensible course is to accept the government offer to suspend implementation of the laws and end the siege of Delhi. It will be hard to re-energise the protest any more. Even the opposition parties will be on the backfoot, supporting a protest which is overtaken by anti-national events.