Trump’s attack on Pak and its aftermath 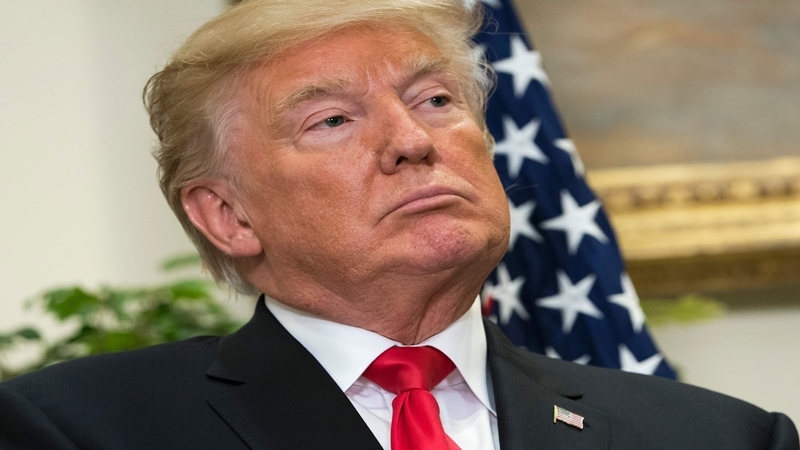 President Trump’s strong words against Pakistan while announcing his new Pak-Afghanistan policy late last month have drawn opposite reactions in both countries. In Afghanistan, the relief that no immediate US disengagement was contemplated was further enhanced by the sense of being vindicated that the source of their problems had been so bluntly identified. In Pakistan, the predictability of the response was denial and a sense of being victimised and was matched by deep dismay at the tone and content of the US President’s message. As the President put it, “We can no longer be silent about Pakistan’s safe havens for terrorist organisations.” The earlier decisions of the US designating the Hizbul Mujahideen and Syed Salahuddin as terrorists are all seen as the general trend that the US is now firmly aligned to India. That within a few days the US statement would be followed by a statement from the BRICS Summit in Xiamem in China with references to terror groups in Pakistan added to and perhaps multiplied these concerns. In both cases what was new was not so much what was stated as the level at which the statements came.

With regard to China, the Government of Pakistan has been at pains to emphasise that the BRICS statement used language which had earlier been employed and as such no change of substance in China’s position had taken place and the fact that since the groups mentioned were in fact banned by it also meant that the statement was not directed at Pakistan. A visit by the new Pakistan Foreign Minister to Beijing soon thereafter, his first foreign tour after being appointed Foreign Minister, and supportive statements from his Chinese counterpart have provided additional reassurance. That Chinese stakes in Pakistan are too deep and vital to be really affected by the odd multilateral communique strengthens the assessment that the China axis remains strong.

Unrelated developments, such as a slight diminution in Pakistan’ s cricket isolation – an international cricket team has visited Pakistan this month and will be followed by the Sri Lankan team- also help in shielding domestic public opinion from the extent of Pakistan’s poor external image. Certainly, only the most committed Chinese supporter in Pakistan believes the Chinese government has total equanimity with regard to extremist groups in Pakistan- the Xiamem  BRICS statement suggests a greater convergence of China with US and other assessments.  The difference however is that China for the time being is concentrating on other aspects of its relations with Pakistan. In particular China will also try to see if it can reduce the huge friction in the Pakistan- Afghan interface. This is a task which the US has failed to do.

From the United States there is less joy as far as Pakistan is concerned. A visit by the Pakistan FM to Washington was postponed in the immediate aftermath of the U S Presidential statement as were some incoming visits by US officials. It would be a fair assessment that US postures have added to the sense of isolation and anxiety many Pakistanis feel about their country’s external standing and image. This state of siege, especially among Pakistan’s elite, was further enhanced by measures announced by the New York State’s Department of Financial Services against the Habib Bank – Pakistan’s largest bank- for its failure to comply with regulatory regimes directed against money laundering, terrorist financing and other illicit financial transactions.

The Habib Bank announced consequently at the end of August that it was closing down its New York Branch. It also reached an out of court settlement to pay a fine of $225 million. This is the largest fine ever imposed on a Pakistani bank. In financial and banking circles in Pakistan the impression certainly is that the action against the Bank   was not unrelated to President Trump’s new policy approach. Many felt that this was the clearest possible sign that the lessons gained by the US in the past decade from the financial squeeze on Iran would now be applied to Pakistan. With signs looming for the Pakistan economy that seeking IMF assistance may be, after a four-year gap, around the corner again and with hefty doses of fiscal populism expected with the elections due next year, the tough US postures at this juncture add to the sense of pressure and isolation in Pakistan.

Pakistan’s anxieties are fueled further by speculation over the US moving beyond measures similar to those taken in the past – withholding payments of either aid or repayments for facilities provided by Pakistan for access to its troops and bases in Afghanistan.

Steps beyond this are being speculated or leaked to the media – these include sanctions on Pakistani Intelligence officers who are handlers of extremist outfits or withdrawal of the major non-NATO ally (MNNA) status which Pakistan has had since 2004.  Measures like the withdrawal of MNNA would certainly put additional pressure but also enhance Pakistan’s all-pervasive mood of defensiveness. These steps may also see Pakistan responding in two key areas where US requirements, if not dependence on Pakistan, are considerable – sharing of   intelligence about extremist groups active in Europe and US and minimum logistics support with regard to Afghanistan.

The Trump broadside and related developments have left many in Pakistan shaken but such pressures are intrinsically not new. It is evident that after some initially strong statements in response from the National Assembly and the National Security Council, Pakistan has chosen to try and deal and engage with the US rather than only condemn it.

An effort seems to have been made to contain domestic rhetoric. Public opinion is being reassured that a regional consensus on terrorism and Afghanistan is being evolved with the Foreign Minister’s visits to Turkey and Iran apart from China. The China visit is to be followed later in the year by a Trilateral Foreign Ministers Meeting with China, Pakistan and Afghanistan. These regional efforts will enable the Pakistan FM to make his postponed visit to the US and help him explain Pakistan’s difficulties and challenges both internal and with Afghanistan and India, and reiterate his country’s commitment to fight terrorism. The kind of response he gets from the US remains to be seen.