Towards modernity with a stuck thorn 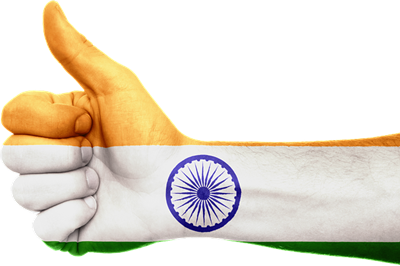 The Rajasthan High Court’s ban on Santhara — the custom among some Jains of starving to death to achieve moksha — is a welcome step on India’s slow progress to modernity. And not India alone. The recent brutal murder in Dhaka of a 40-year-old blogger and sporadic attacks on Christians in Pakistan offer further evidence of how perilously the sub-continent is perched on the edge of the abyss of the Dark Ages.

It is possible that Winston Churchill’s prediction that “India will fall back quite rapidly through the centuries into the barbarism and privations of the middle ages” when the British left, revealed more about his own hope and wishes than about India. But let us not forget that the media totally ignores the exhortation of two Press Commissions to encourage a scientific temper by not publishing astrological forecasts that pander to primitive yearnings in readers. The vigour with which even government-owned radio broadcasts astrological forecasts is a reminder that despite boasts of e-governance and digitalised India, Jawaharlal Nehru’s dream of a modern, secular, scientific nation holds little popular or political appeal.

The clash is not really between religion and modernity. The two need not be in conflict. Great Britain is an officially Christian nation whose Head of State is also the Supreme Governor of the Church of England.  Hardly a state occasion passes without celebration in Westminster Abbey or St Paul’s Cathedral. The Archbishop of Canterbury is one of the highest dignitaries in the land. Yet, despite these formal obeisances to the official religion, mainstream Britain is remarkably free of religious dogma and taboos. The explanation lies in education that goes beyond 100 per cent literacy. Also, in a minimum level of affluence largely because the welfare state ensures everyone has a roof over his head, free medicare, virtually free education, a guaranteed state income even if unemployed, and relatively inexpensive public facilities like transport.

It’s generally true that the mind is liberated when bodily needs are looked after except in some of the world’s rich but closed societies. But on the whole, people look for extraneous support and explanations – providing self-appointed intermediaries to divinity with their means of livelihood — mainly when daily existence becomes a strenuous struggle for survival. That is when sadhus and sanyasis, priests and preachers, moulvis and mullahs flourish, battening on the ignorance of those who feel deprived.

That is also often when religious practices are abused for material gain. Whatever the origin of the custom of widow burning, the campaign to abolish it mounted by Hindu reformers like Sahajanand Swami, founder of the Swaminarayan sect (supported by Sir John Malcolm, Governor of Bombay), and, more effectively at the national level by Raja Ram Mohan Roy succeeded because sati had become debased. Roy’s support came from Lord William Bentinck, the Governor-General, who outlawed a practice that people acknowledged was both inhuman and abusive. Many were the widows who were forced to immolate themselves on the husband’s funeral pyre so that there was one less inheritor. The custom was abolished in 1829 but such is the power of tradition that one still occasionally hears of a case of sati. It is even more revealing of popular psychology that the woman who kills herself is often venerated and the site of the immolation treated as a holy spot of pilgrimage.

It’s much the same with victims of Santhara, which the courageous and enlightened Justice Sunil Ambawani has made a punishable offence under Sections 306 (abetment of suicide) and 309 (attempted suicide) of the Indian Penal Code. It is punishable by up to 10 years in jail. His verdict came as a result of a public interest petition that a human rights activist, Nikhil Soni, moved in 2006. Apparently, those who observe Santhara abjure different kinds of food, water and medical attention in stages during the period of ordeal or penance until they die. Not all Jains are happy with the verdict. Among those who disagree with Soni and Justice Ambawani is a former High Court judge, Panachand Jain, who argues that Santhara has nothing in common with suicide or forced sati. According to him, Soni’s petition and the subsequent ruling “violate Articles 25, 26(b) and 29(b) of the Constitution that protect the religious and cultural rights of the minorities.” Presumably, there will now be appeals claiming that starving to death is a fundamental religious right.

This attitude recalls another of Churchill’s indictments of Indian life. He spoke of Brahmins who practise rigorous untouchability and then chop logic with John Stuart Mill or plead the rights of man with Jean Jacques Rousseau. What he meant was even the seemingly most advanced Indian cannot escape  ancient prejudices. And, indeed, the world’s biggest democracy does sometimes seem like that. Even its modern attributes appear to be sustained by ancient rites and rituals. Narendra Modi’s attitude to the Ganga might be a case in point. Nothing could be more commendable than his promise to cleanse the river of the choking filth drained into it by people who claim to worship its supposed sanctity. But Mr Modi’s choice of Varanasi as his Lok Sabha constituency and his pranayams to the river and “Ganga Maa ki jai!” cries are calculated to divert attention from science to sanctity. No doubt such essays in populism endear him to voters. But it also perpetuates for political purposes the superstitions that the two Press Commissions tried to abolish with their appeals to the media.

There is little comfort in claiming India is not alone in social regression. Pakistan’s persecution of Ahmadiyas and Christians and barbaric laws that permit people to be stoned to death or have their hands cut off show how thin and fragile was modernity’s veneer in those areas. The case of 25-year-old Farzana Parveen, a pregnant married woman who was killed in May last year before a crowd of onlookers near a courthouse in Lahore after she married against the family’s wishes, drew global censure. Similarly, the murder of four professedly free-thinking bloggers in Bangladesh is, perhaps, just a trifle less alarming than the warning by the Inspector-General of Police, A.K.M. Shahidul Haque, that freethinkers should not forget that it’s a criminal offence to hurt anyone’s religious sentiment. Secular bloggers were ordered not to “cross the limit”. What the limit is, no one knows. It can’t be defined. But, obviously, anything that offends Islamic orthodoxy merits swift and brutal punishment with the guardians of the law standing by.

Thomas Babington Macaulay, historian, poet, legislator and educationist, who authored the famous Minute that in 1836 decided that English would be the medium of instruction in India, wrote to his father that “No Hindu who has received an English education ever remains sincerely attached to his religion.” His Minute also predicted the creation of “a class of persons Indian in blood and colour, but English in taste, in opinion, in morals and in intellect.” Recent reports only confirm he underestimated the strength and resilience of the sub-continent’s indigenous cultures.