They won’t be short-changed 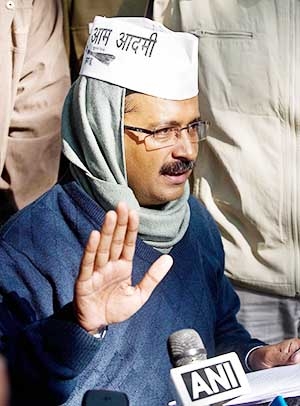 Fed up with politics as usual, Delhi voted for a brand new option and is in no mood to see AAP evolve from a series of mistakes – it wants change, ASAP

The national capital has seen a lot of unusual public activity over the past few years. There was the popular agitation for the Lokpal, and then there was the protest against the heinous December 16 , 2012 gang rape. There have been other protests as well, though these two events stand out. It was not that the usual political parties were absent from these events, but then whether it was the BJP or the Congress, they were not setting the tone for these events. They were merely reacting to them.
Public participation in these events came alongside another interesting development. This marked a general decline in the credibility of politicians. Politicians cutting across party lines were a category that did not inspire much confidence. Both these aspects, the higher public participation in protests, and the decline in the credibility of politicians were a part of the setting in which the assembly elections for Delhi were held. It was in this setting that the Aam Aadmi Party made its electoral debut.
It must be admitted that before the elections, the AAP was seen as the ‘third front’ in Indian politics. This entity is always talked about before elections, but then it does not count for much in electoral terms, in the post-poll scenario. The same kind of calculations were being done in the Congress as well as the BJP camps until voting day. Of course, we all know that an entirely unexpected scenario emerged after the counting of votes.
There is no doubt that the people are fed up with politics as usual. The politics of established parties – be it the Congress or the BJP, hardly inspires confidence in them. So, when the Delhiites voted for AAP, they actually demonstrated a quest for a new political order. Now there is a post facto acknowledgement from both the Congress and the BJP, that they see the AAP as a common enemy.
The AAP was born out of the Lokpal agitation. The Congress may claim that Rahul Gandhi’s push for Lokpal has nothing to do with the setback it suffered in the four assembly elections, but this argument can be taken at face value only by blind supporters of the first family. Similarly, the BJP may also argue that it was always willing to support the Lokpal, but the fact remains that they became anxious to go along with Rahul on the Lokpal, only after the scare they got from the AAP in Delhi polls.
So, we would be fairly right in concluding that the Lokpal became the law only after the AAP succeeded in Delhi. Interestingly, AAP is not satisfied with the Lokpal, but we do not have to look far for the reasons of its unhappiness. Now that it is a political party, as Kiran Bedi observed, it is not happy that the issue which gave birth to it has vanished.
However, the people are not looking only for a Lokpal or an anti-corruption mechanism. Indeed, when the people in Delhi reject both the Congress and the BJP, they have openly demonstrated a desire for a political alternative distinct from these two parties. The fact that they have fallen for something as raw and untested as the AAP, is only a measure of their desperation to clutch at straws.
The Indian reality of utter poverty and backwardness is the same all over the country. Whether a state is ruled by the Congress or the BJP or any other third party, there is not much of a difference in the condition of the ordinary people. The difference, if any, as claimed by the political parties in a state is for the sake of propaganda. The objective reality that the people in the lower strata are suffering the same fate throughout the country cannot be denied.
Mumbai may be more accustomed to protests on behalf of ‘sons of the soil’, who are upset by the invasion of the migrants. Delhi may not be witness to such scenes. But this does not change the reality that Delhiites are basically migrants. They have come here from all various corners of the country, in search of livelihood. So, they are always restless. They are also on tenterhooks all the time. For them the cosy status quo that prevails in the duality of the Congress-BJP binary power equation is unproductive. Only if they stir this status quo do they stand to gain anything. They do not stand to benefit from any of the usual political loyalties like caste community and religion.
The AAP experiment, depending on the dividend it delivers, has the potential of either expanding or shrinking. Its Delhi success will stabilise only if it can form a government and deliver on governance. For a while, the people will tolerate all the whims and fancies of this party. But only for a while and not a second longer. Its chances of gaining traction elsewhere will also depend on the measure of the success it gets in the realm of governance here.
Striking at the Congress and the BJP simultaneously is a good tactical device to capture the people’s mindspace. But then it does not work in the realm of realpolitik in a coalition era, where striking the right alliance is the name of the game. You have to have the flexibility and the agility of a performing artist to wield power in such a setting and take care not to sully your image.
AAP is a beginner. But then it does not have the luxury of a long honeymoon period. The people do want a new political order, but then they want it fast, and also cannot wait for it to evolve through a series of mistakes. This is the real problem for the Indian polity. The people are fed up with the old order, and a new one is simply not emerging fast.