The woman vs the strongman, notes Sanjay Jha 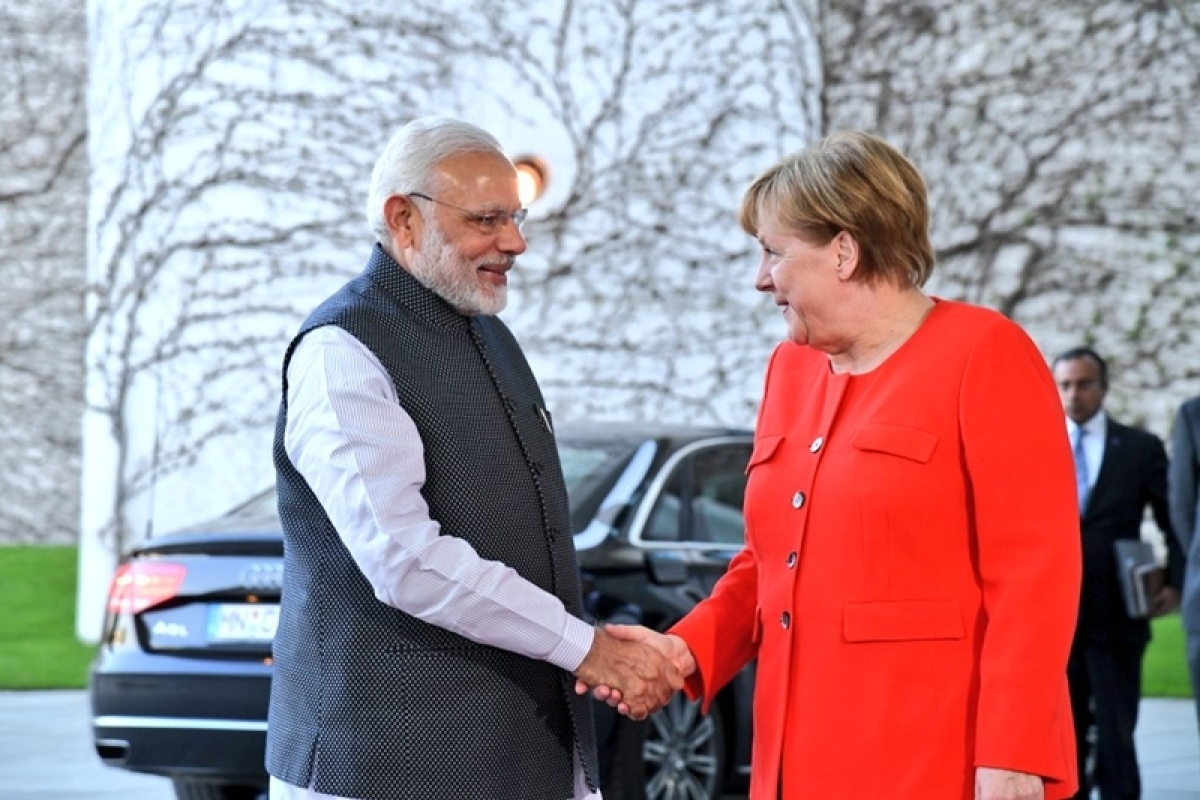 As the coronavirus pandemic tramples remorselessly over the premature triumphalism of Prime Minister Narendra Modi, India has reasons to seriously worry. At last count, India had the highest single day cases at 52, 927. On an aggregate COVID-19 cases basis, India is now the third highest in the world (1,977,972) behind USA (4,975,279) and Brazil (2,862,761). Russia is in fourth position at (871,894). On closer scrutiny, a definitive pattern emerges; these four countries that have singularly blundered in containing the rampaging COVID-19 have the archetypal “strongman leadership”, those who have vaingloriously talked of their muscular approach to problems. If you hear them carefully, they genuinely believe they are perennially infallible, children of god who are predestined saviours of our troubled humanity. They have a silver bullet panacea for all our plagues. Of course, they have no vested political agenda. They are our Avengers superheroes in boring political attire. They don’t like criticism. They abominate dissent. They are all democratically elected. So what gives?

Whether we talk of parliamentary democracy (Prime Ministers Boris Johnson, Modi) or the presidential form (Presidents Donald Trump and Vladmir Putin), individual personalities have begun to weigh in over serious policy issues that earlier dominated political discourse. There is a straightforward explanation for this new phenomenon: social media, whether Twitter (mostly), Facebook, Instagram, YouTube and even LinkedIn. One day you may even have politicians on Tinder seeking ostensibly platonic relationships. A vote is a vote after all. Social media has helped create sky-high amplification of political messaging and enabled direct access to the hoi polloi. But often this has been used to distort the debate and spread fake news (Trump has more than 20000 claims considered false or suspect since he entered the White House by the Washington Post). Since most of these leaders follow the right-wing playbook of aggressive nationalism, xenophobia and opposition-thrashing, they have similar streaks. In the last few months, politics has been subsumed by their individual capricious ways. Jair Bolsonaro, President of Brazil carried his presumptuous conduct to an atrocious level by calling the virus a “little flu”. All health protocols were ignored. Thanks to his cavalier disregard for public safety he has endangered lives of ordinary Brazilians (already 97,418 have died, the second highest in the world). On 8th July 2020, Bolsonaro was tested positive for the virus. By comparison, women leaders have been preternatural.

Women leaders like Germany’s Angela Merkel, Iceland’s Katrin Jakobsdottir, Finland’s Sanna Marin, Denmark’s Mette Frederiksen, Taiwan’s Tsai Ing-wen, Norway’s PM Erna Solberg, and New Zealand’s Jacinda Arden have upturned the conventional wisdom that espoused “strong leaders” as the ideal fit to cope with a country when facing a tricky predicament. Fiercely independent leaders who were aggressive, big ticket risk-takers, out-of-the-box unilateralists, and supremely confident were considered to be the leadership stereotype. This model stands eviscerated. Donald Trump literally pooh-pooed the COVID-19 virus in its early days (he thought it was a Democratic Party conspiracy and thus a silly “hoax”) and till sometime ago, even refused to wear a mask. USA would end up being the global hotspot with over 155,000 deaths. Modi claimed victory during the early stages of the national lockdown as if he was some farsighted alchemist with a magic wand who was crystal ball-gazing. It turned out to be an optical illusion. Both the world’s largest democracies have come an embarrassing cropper, and their people have paid with their lives. Their respective economies are decimated thus aggravating the miseries of the common people. Boris Johnson too underestimated the lethal exponential threat of the dangerous vector. He himself needed hospitalisation. And Chinese President Xi Jinping exported the Chinese virus to an unsuspecting world by deliberate obfuscation.

Among the traits that will serve the authoritarian right-wing leaders a lot going forward will be transparency. Fudging data or manipulating figures to spin a feel-good story during a medical health emergency is reprehensible, a repugnant act of political immorality. In India, the crisis is worsening. Several leading politicians and public figures including Home Minister Amit Shah and Bollywood legend Amitabh Bachchan have been infected. The country remains exposed to the virus’s contagious progression.

Listening to diverse views help; Jacinda Arden worked with the opposition to combat the pandemic. Trump on the contrary was determined to make political capital of the Chinese chicanery for the November elections, and allowed the world’s richest country, then totally unprepared, to become the epicentre of COVID-19. He expectedly blamed the Democrats fear-mongering for a wrecked economy and rising casualties. Modi of course treats the opposition like a fly to be swatted, so while he did the customary confabulations with some leaders, he did what he wanted to do. The women leaders worked differently, diligently, but most importantly practised compassionate politics to flatten the curve. Most of them have excellent public ratings for their caring leadership during the turbulent phase. And yet women leaders make up just 7% of the world leaders. There is a lesson there for the voting public. And for societies as a whole.

The writer is a Congressman, recently suspended.