The love legacy: Kamasutra welcome overseas but not in its homeland, India, writes Bhavdeep Kang 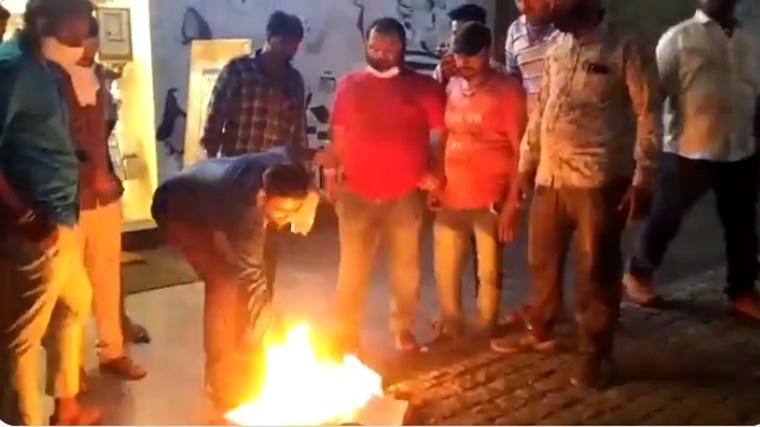 Many ancient and medieval cultures had their treatises on the arts of love, be it The Perfumed Garden of Arabia, the Mawangdui texts and The Golden Lotus of China, or our very own Kamashastras. Of these, Vatsyayana’s Kamasutrais is the best known. Endlessly studied, translated and interpreted, it has inspired commentaries and adaptations in a score of languages.

Last month, copies of the ancient Sanskrit treatise were burnt by rightist elements who maintained that the book denigrated Hindu deities. Given that the classical work is dated to 1,700 years ago and attributed to a scholar-philosopher of pre-Gupta Pataliputra (modern Patna), it is doubtful that the author’s motives were blasphemous. One can only speculate that the perpetrators were upset by the visuals.

This is not the first time that the Kamasutra has been dubbed as being ‘against Indian culture’ rather than a product and part of it. A few years ago, another group of activists demanded a ban on the sale of the book within the sacred precincts of the Khajuraho temple complex for fear that it would corrupt the ‘moral values’ of the next generation. Twitter erupted with derisive comments; one tweet asked whether the self-righteous objectors had looked up at

American popular culture is loaded with references to the Kamasutra, be it in the popular sitcom The Big Bang Theory, the animated series The Simpsons or the Star Trek spinoffs. Versions of the book exist in any number of languages. Of course, it acquired fame as a sex manual, rather than a work of historical and cultural significance.

The Kamasutra is basically a book of manners, a guide to a good and fulfilled life. It speaks of dharma, arth and kama--three goals of life in Hindu tradition. Vatsyayana describes the daily routine of the nagaraka or urban citizen and expounds on personal hygiene, use of cosmetics, finding a partner, wifely privileges and duties, role of the courtesan in society and so on.

The notion of kama, pleasure or desire, is integral to Indian culture. It refers to a multitude of pleasures. The recently-released Locating Pleasure in Indian History, by Delhi University’s Professor Seema Bawa, examines the discourse on various pleasures, be it intellectual, sensual, gastronomic, domestic or devotional.

Kamadeva,the god of love,is part of the Vedic pantheon. In mythology, he plays an important role in the union of Shiva and Parvati, although he is cursed for his pains. The association is celebrated in the one-of-a-kind Madana-Kamadeva temple near Guwahati, known as the Khajuraho of the northeast. The sanctum sanctorum features an idol of Shiva and his consort in an embrace. The self-appointed moral police, while burning the Kamasutra to the accompaniment of “Har Har Mahadev” obviously overlooked that association.

Carnal pleasure is depicted in temples like Khajuraho across the length and breadth of India from the Sun Temples in Konarak and Modhera to the Tripurantaka temple near Shimoga, testifying to the liberalism of ancient and medieval Indian society. When did it become verboten (forbidden)?

By the late 19th and early 20th Century, the Indian society reflected Victorian prudery and notions of morality. The anti-nautch movement stigmatized courtesans and dancers who had earlier enjoyed legitimacy as prostitutes. Previously, their contribution to the arts, public works and literature was widely acknowledged.

The best known danseuse of ancient India was Amrapali, the nagar vadhu of ancient Vaishali and the pride of the powerful 6th Century BCE Lichchavi republic. Her legendary dancing skills, beauty and wealth have been celebrated in literature and film. In the medieval period,we have the courtesan Tilon,who built the Tilon-ki-pol, leading to the Gadisar lake in Jaisalmer. More recently, BaniThani, a poet and singer of Rajasthan, lent her sharp features and ‘lotus eyes’ to the Kishangarh school of painting.The 18th Century devadasi Muddu Palani was honoured for her poetry, particularly the Radhika Santavanam. Mubarak Begum built the 19th Century masjid in Delhi bears her name.

Kama and the Kamashastras are a part of India’s legacy. Moral values may change, but aspects of history can’t be erased merely because they make a section of people uncomfortable. We should be looking to preserve our rich heritage, not to reject it.

The writer is a senior journalist with 35 years of experience in working with major newspapers and magazines. She is now an independent writer & author