The idea of consent is central to the series 'I May Destroy You', writes Deepa Gahlot

The show is a clear-eyed look at today’s hook-up culture, and the resulting confused vulnerability. Since there is no safety-net of stable families, the support system, if there is one at all, is that of similarly rootless friends
Deepa Gahlot 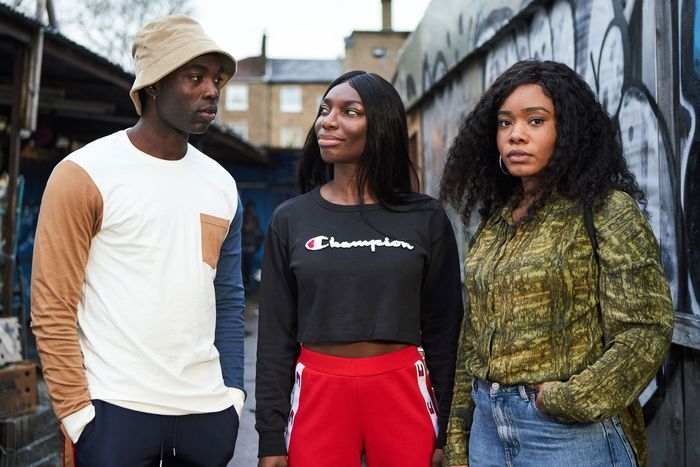 A scene from 'I May Destroy You' |

Imagine a scenario in an Indian police station, where a young woman has gone to report a rape. The first thing she will be subject to is a visual sweep of her appearance. What is she wearing, does she look traumatised, are there marks of struggle on her? Then there will be the questions—verbalised or implied—where did it happen, what time, was she alone, was she dressed provocatively, was she sober, is she sexually active? (In India a rapist has been acquitted, because the ‘no’ was not loud enough, or because the complainant had a boyfriend, or because she did not look suitably disturbed.) Somehow, the act of filing an FIR will make her seem more like a culprit than a victim.

Now, compare with a scene from the series I May Destroy You, in which a Black woman with weird pink hair goes to the cops to report an assault of which she has just a vague memory, because she had been ‘roofied’ (her drink was spiked with date rape drug Rohypnol). She does not remember the man’s face or anything else that could identify him. Before the assault, she was drinking and doing drugs with friends, she has had multiple sexual partners in the past, and she has approached the police long after it happened.

The cops still take her complaint seriously, her clothes and swabs are sent for DNA testing, she is given a medical examination and recommended therapy. It is next to impossible to actually hunt for the man from the flimsy details she provides, but nobody questions her lifestyle or her morality.

This 12-part complex series created by Michaela Coel, has been listed as the best series in recent times, has won BAFTA Awards and is a nominee for the limited series category for this year’s Primetime Emmy Awards. Interestingly, all the series in this category are led by women – I May Destroy You, Mare of Easttown, The Queen’s Gambit, The Underground Railroad, Wandavision (the last one is kind of gender-balanced). But Coel’s series has been the most discussed and praised, because of its searing honesty.

Story of an influencer

Writer, co-director (with Sam Miller), producer Coel plays a London-based writer and social media influencer, Arabella. Her first ebook, Chronicles of a Fed-up Millennial, has got her enough of a following to be stopped in the street by fans for selfies. Her every mood and emotion is lived out on Instagram (there is a comic scene, where she interrupts a doctor to shoot and post her videos at the clinic on social media).

She has been commissioned a second book by a big publisher, and her draft is due when she takes a break to go out for a drink with friends at a bar called Ego Death (the name is significant) and when she wakes up she has a hazy recollection of being raped in the toilet, but except for a flash of the man’s face, she does not remember anything else. The very thought of the violation, however, haunts her, and she starts to unravel emotionally.

She has the unconditional friendship of her besties Terry (Weruche Opia) and Kwame (Paapa Essiedu)—both Black—and the non-judgy backing of her shy white flatmate Ben (Stephen Wight). But her mind keeps returning to that place and a helpless rage simmers inside. She constantly goes back to the pub, hoping that the ‘criminal wll return to the scene of the crime’.

In her state of fury, she publicly accuses a fellow writer, Zain Sareen (Karan Gill) of rape, because, though she slept with him willingly, he took off his condom without informing her—in the UK ‘stealthing,’ as this is called, is a crime. Her social media followers keep sending her encouragement, and some hate, but she remains in that dark, unforgiving place of helplessness.

Her last casual lover, the Italian Biagio, who is asked to give his DNA sample for elimination, is furious and asks her how she could have left her drink unattended. In a harrowing scene later, he slams the door in her face when she returns to Italy, perhaps hoping for some kind of solace. The man has the nerve to be disparaging of Arabella, when he sells drugs for a living.

Balancing the many tonal shifts, Coel takes a clear-eyed look at today’s hook-up culture, and the resulting confused vulnerability. Since there is no safety-net of stable families, the support system, if there is one at all, is that of similarly rootless friends. Kwame is so habituated to his random pick-ups that when a man wants to spend time with him as just an activity partner and not lover, he is baffled.

Coel shoots the sex scenes in an uninhibited style (in India, there would be outrage and demands for censorship) that need an ‘intimacy coordinator’ named in the credits, and a few sequences are truly crude but she challenges viewers to keep recalibrating their attitudes. Where the script goes is totally unpredictable—like the flashbacks into the childhood of Arabella and Terry, when they stand up for a Black schoolmate accused of exploitation by a white girl.

Years later, Arabella runs into Theodora (Harriet Webb), who is running a support group for rape survivors. A younger Arabella never understood that there are many ways for abused children to process their experience, and only when she becomes a victim of abuse herself, she is able to, with hindsight, comprehend the extent of Theodora’s trauma.

Coel makes fun of the yoga, painting, crafts kind of coping mechanisms suggested by the therapist, but the shrink also advises Arabella to take a break from social media, because with the need for everyone to constantly speak out, who is actually listening?

Ironically, it is Zain who unblocks Arabella’s creativity, and Coel’s ending is brilliantly provocative and surreal—Arabella is a writer and she imagines three possible outcomes, that leave the viewer to decide whether her revenge fantasy is more fulfilling, or her ability to channel what she experiences into her work. To satisfy the viewer already unsettled by the dark and twisty narrative, there is also a conventional all’s-well-that-ends-well scene.

The issue of consent is central here—Kwame cruises on a gay app, but when his self-imposed boundary is breached, he feels the same sense of humiliation that Arabella did, and in his case, the cops are not half as sympathetic. The series argues that who feels betrayed by what is entirely up to them, and it is the partner’s – casual or serious – responsibility to be truthful.

When the exhilaration of freedom wears out, does a society that chooses an individualistic, live-for-today culture give its young the strength to cope with pain, loneliness or failure? In a brutally funny scene, in which Arabella feels sorry for her ‘raper’ (that’s the term she uses), he weepingly admits that he is unable to connect with women in a normal way.

The series is semi-autobiographical – Coel had been assaulted just like Arabella; her heroine wrote a book, Coel created a startlingly original piece of work that questions established notions of race, gender, class, identity and leaves the audience gobsmacked.