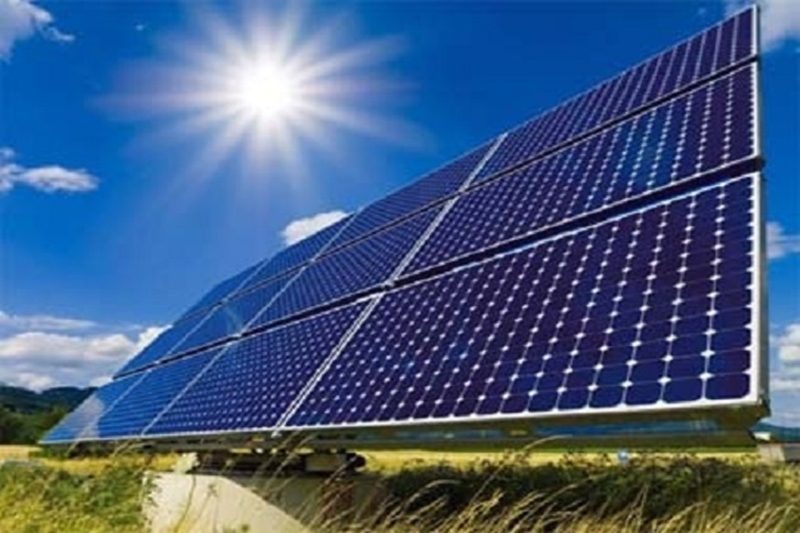 The Jawahar Lal Nehru Solar Mission was started in 2010. Prime Minister Narendra Modi has pushed it forward dramatically and set a target of generation of 100 Gigawatts of solar power by 2022. That would involve increasing solar generation four times in the coming four years. Mr Modi has taken two laudable steps towards achieving this target. One, the Government is proactively acquiring land required for these projects. Two, he has established the Solar Energy Corporation of India (SECI) to buy electricity from solar plants and sell to the consumers such as the State Electricity Boards. It must be remembered that our reserves of coal are limited for the generation of thermal power and we have very limited availability of uranium for the generation of nuclear power. Hydropower comes with huge environmental and cultural impacts and is also expensive.

Mr Modi and French president Emmanuel Macron launched the International Solar Alliance in 2015 to push solar power. It plans to assist member countries in designing policies for promoting solar power, establishing standard specifications for equipment such as solar panels, mapping of potential locations for solar farms and provide training to the connected persons.

The second challenge lies in storage of electricity. Oil can be extracted and stored in large tanks and used when required. Not solar electricity. It is produced when the sun is shining. It is often the case that the buyer is unwilling to lift the solar electricity when it is being generated because at that time it may have other cheaper sources of electricity available. The cost of power has two components. The variable cost is the payment made for the numbers of units of electricity purchased. In addition, the buyer is required to pay certain amount towards the fixed cost of solar supply. This cost has to be paid by the buyer irrespective of whether it purchases the electricity or not. According to Union Power Minister R K Singh, the variable cost of solar electricity is Rs 2.44 per unit, and the fixed cost is Rs 1.60 per unit making a total of Rs 4.04 per unit. Against this, average cost of thermal electricity today is Rs 3.25 per unit. Hence, solar power remains expensive despite the steep fall in the variable cost in the recent times.

The third challenge is of providing the money for promoting solar electricity among the members. The Alliance has very little money of its own. France has committed Euro 700 million but that will probably not be sufficient even to manage the secretariat. The Alliance proposes to help channel funds from established multilateral banking institutions such as the Asian Development Bank, African Development Bank and the New Development Bank. But the priority of these institutions is different. Moreover, access to these institutions is already available to the member countries. The Alliance does not add to the availability of funds in a significant way. The challenge is to establish a “World Solar Development Bank”. Certain developed countries that are deeply concerned with global warming could provide big-ticket funding for this initiative.

The fourth challenge, and an opportunity for India, is to develop a solar power waste recycling business along the line of ship breaking business. Solar panels have a life of about 30 years. The panels have to be physically dismantled and the glass, silicon, copper and plastic have to be separated. The glass, copper and plastic are easily reused. The silicon cannot be reused for making new solar panels because it contains some glass. It is presently reused in cast iron foundries. The challenge is to develop methods for reusing silicon for making new panels. Ten years from now large numbers of solar panels will have to be recycled. The Alliance must invest in that research now. Unfortunately, according to a report published in Down to Earth, I P Singh, a director in the Ministry of New and Renewable Energy said, “At one point in time, the ministry was looking to do a research and development project on the recycling of solar PV cells and modules, but the project could not come to fruition.”

There is no doubt that the future belongs to the Solar Alliance. However, for the Alliance to become a challenge to OPEC, Mr Modi should undertake the following steps. One, initiate the establishment of an international electricity transmission grid. Two, Undertake research to bring down the cost of storage of electricity. Three, establish a new multilateral bank dedicated to the promotion of solar power. Four, invest in research on reuse of silicon extracted from used solar panels.

The writer is a former professor of Economics at IIM Bengaluru.