The GST is an indirect tax, and does not depend on the income of the payer. The tax on a soap, or toothpaste or a dosa is the same, whether you are rich or poor. Hence, indirect taxes are fundamentally iniquitous and regressive. The maturity of an economy and tax administration can be measured by how large a share is that of direct taxes
Ajit Ranade 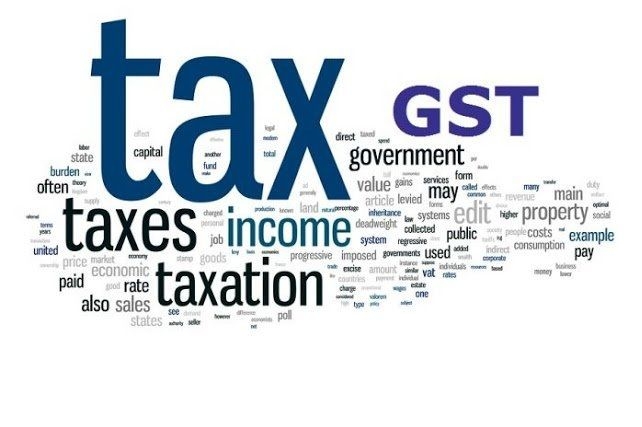 Next month, we will celebrate 30 years of the launch of economic reforms. On June 21, 1991 Narasimha Rao was sworn in as India’s ninth Prime Minister, and his tenure would turn out to be historic in delivering economic reforms to modern India. A month later on July 24, 1991, his finance minister, Dr Manmohan Singh presented his maiden and landmark Budget. Quoting Victor Hugo in Parliament, Dr. Singh said, “...no power on earth can stop an idea whose time has come. I suggest to this august House that the emergence of India as a major economic power in the world happens to be one such idea.”

That Budget was revolutionary for many reasons, the foremost being the end of the licence permit Raj. It also paved the way for opening up the economy to foreign investment. Many other reforms were indicated, and in the subsequent years, India witnessed reforms and deregulation in banking, trade and capital markets. But an equally important element of the 1991 speech was a shift in the taxation stance. Commenting on the budget, the editorial of The Hindu the next day, i.e. of July 25, 1991, said, “The budget marks a major shift in revenue raising from indirect to direct taxes and should gladden the advocates of equity."

In the past 30 years, the mix of tax revenue raising for the Central government has gone away from indirect taxes towards direct taxes. The ratio was 80:20 then and is now roughly 50:50. Indirect taxes such as a consumption tax or import tariffs are regressive and hurt the poor much more than the rich, relatively speaking. The GST is an indirect tax, and does not depend on the income of the payer. The tax on a soap, or toothpaste or a dosa is the same, whether you are rich or poor. Hence, indirect taxes are fundamentally iniquitous and regressive.

The maturity of an economy and tax administration can be measured by how large a share is that of direct taxes. The purists among tax experts say that income is earned by human beings, so the unit of taxation should be human beings, and not inanimate things, like a corporation or a bar of soap. In other words, we should be ideally only taxing income that accrues to each individual, not the price tag of an item, goods or a service. But the income of individuals is notoriously difficult to track, and human beings will not voluntarily disclose incomes fully and honestly. Hence indirect taxation is used, since it is easier to administer, and more difficult to evade. But the signs of progress are when the share of taxes collected are more from direct taxes, such as income, dividends, capital gains and inheritance.

As income tracking becomes more sophisticated, with the electronic tagging of PAN numbers, and tax deduction at source, it is now possible to track even dividend payments and capital gains in the stock market. That is why we recently abolished the dividend distribution tax, and now tax the dividend directly in the hands of the receiver. Technology makes it possible to shift from indirect to direct taxes.

That progress we made toward a greater share of direct taxes in the total tax kitty has received a setback. The share of direct taxes has fallen below the share of indirect taxes in the fiscal year ending March 2021. This is only the second time it has happened in the past 13 years. And if this trend continues, it means losing the progress we have made in making our tax system less iniquitous. One of the main culprits for the rise in indirect taxes, is the huge increase in excise on petrol and diesel, both by Centre and the States. This is a trend not just from last year, but over a much longer period.

The excise collection on petrol and diesel by the Centre since 2014-15 has nearly doubled, from 1.7 lakh crore to 3.4 lakh crore in recent years. For the states too, it has gone up by nearly 40 per cent in the past five years. The excise tax collected on petro products now accounts for one-fifth of all gross tax revenue. It was only 11 per cent in the previous fiscal year, and just 8 per cent in 2015. Ironically, the consumption of petrol and diesel was down by 10 per cent during 2020-21, thanks to the pandemic-enforced lockdown. But excise collection went up hugely, by 63 per cent, to nearly 3.9 lakh crore by the Centre alone, since excise rates in rupee terms were increased both for diesel and petrol.

The increased fuel cost will spill over into the general cost of transport and logistics, and may soon affect the prices of fruits, vegetables, cement, steel, fertilisers and many other items, leading to consumer inflation. Since the price of crude oil internationally has risen by 45 per cent over the previous nine months, that too is causing petrol and diesel to become dearer.

Excise on fuels and GST aggravate the problem of a skewed tax mix and of iniquity. But we must also remember that India has one of the lowest tax-to-GDP ratios, as compared to its peers. The average for OECD is 34 per cent, whereas for India, the Centre’s tax collection is barely 10 per cent of GDP. For the fiscal year 2019-20, it had slipped to a 10-year low of 9.88 percent. That was because of the reduction in corporate tax rates to 25 per cent in September 2019.

It is imperative to firstly expand the GST net to a much greater share of the economy. It barely covers one-third of the GDP. The base rate must be brought down to 15 per cent, if not 12 per cent. And the share of direct taxes must go up. This includes all forms of income. We have huge, unrealised capital gains sitting in the exuberant stock markets. The booming stock market represents a further worsening of wealth inequality.

But how does one tax unrealised gains? This is a challenge for the taxation policy. But surely it is possible to reverse the ominous trend, a trend that has allowed the share of indirect taxes to overtake the share of direct taxes. We need efficiency, as well as equity, i.e. a higher tax-to-GDP ratio, with a mix that is definitely aimed more toward collecting direct taxes.