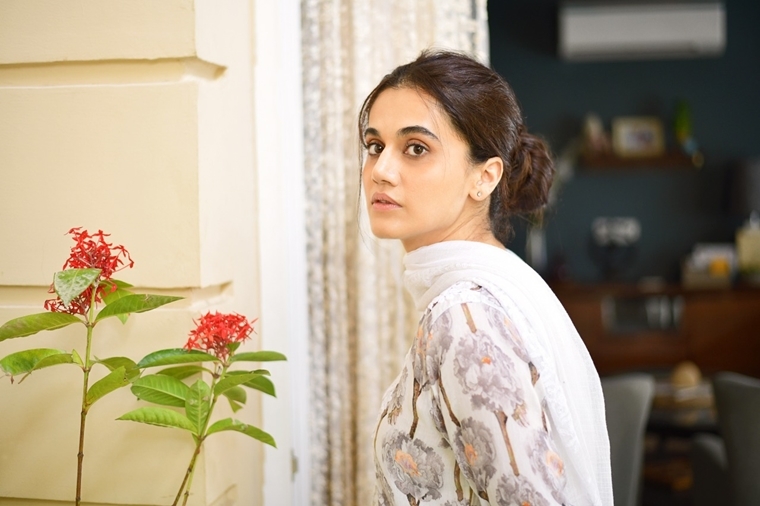 This week, a film is releasing, that will open up a much-needed discussion on domestic violence. Going by the promos, Anubhav Sinha’s Thappad (Slap) is about Amrita (played by Taapsee Pannu), who files for divorce when her husband slaps her at a party.

Like in real life, the responses are mostly incredulous. Just one slap? Not sustained violence or an extra-marital affair, that would be valid grounds for divorce. But for the wife, it is an indication of everything that is wrong with her marriage. Her giving up her career to be a homemaker and support her husband’s corporate climb, for one. This is something a lot of women do, because they are conditioned to believe that their priority should be home and family, unless they “need” to work. Never mind the woman’s qualifications, ambitions or abilities.

Earlier this week, Deepika Padukone received severe backlash when she tweeted, “To play a small part in a film that captures one of the most iconic moments in sporting history has been an absolute honour! 83 for me is an ode to every woman who puts her husband’s dream before her own.” A number of comments berated her for the regressive idea that it is an admirable virtue for women to give up on their own dreams.

However, a lot of Indians do believe that being a wife and mother is all that a woman needs to be happy. That’s why divorce is still taboo, and so-called leaders casually make statements about how educated women destroy families.  Which is why a woman who is beaten or tortured for dowry is not encouraged to return to her parents’ home.

Most of the time, women put up with violence — physical and mental — because they have nowhere to go. That may be the reason why married women form the largest percentage of suicides in India. According to research data, in 2018, about 63 housewives killed themselves every day, on average, making up 17.1% of all suicides. Since 2001, more than 20,000 housewives have killed themselves every year in India. Over one third (36.6%) of suicides by women in the world in 2016 were in India, up from 25.3% in 1990, according to a 2018 Lancet report.

It may be a broad generalisation but many working class women routinely face violence from husbands; many of the men are alcoholic, unemployed and snatch away the meagre earnings of the wife as a matter of right. Even if the wife wants to leave him, she has no support or funds. Worse, she sees husbands beating wives in her family and neighbourhood, and comes to believe it as acceptable behavior. She will often defend the husband saying, “He is not so bad, he does not beat me too badly.” The neighbours pretend not to hear the screams, because it is a family matter. Cops won’t even take a complaint, because the wife will invariably come by the next day to plead for the man’s release. Most of the time she does not even want the husband arrested, but just for an authority figure to come around and put a stop to the latest bout of violence as nobody in her own circle will intervene.

Women from the lower economic strata don’t even bother to hide their bruises, because for them, it is not a matter of shame. This tendency to cover up wounds is found in middle and upper class homes, where it is generally — and erroneously — believed that “this sort of thing” does not happen, among them, because they are not uneducated savages.

It comes as a surprise to them that even educated men slap their wives around when “provoked.” The provocation could be something as simple as not serving meals on time, being rude to his family or friends, talking back to him, and the justification often comes from the victim — “He is dealing with stress at work.” So it is alright to take it out on the wife and kids?

Women are also conditioned to believe that a slap or two is a sign of the man’s love, and put up with it for years, because afterwards he will weep, apologise and buy gifts. It gets more and more difficult to break out of an abusive marriage and have to answer the question, “Why did you take it for so long?” She believed it would stop, she was ashamed that it happened to her, embarrassed to admit that she is a victim.

When they encounter a woman with a bleeding face or broken bones, even the most civilised people will think for a moment, though they will never articulate it — what did she do to deserve it? Social attitudes that normalise domestic abuse, obviously encourage men to bash their wives whenever they feel like it, because the onus of proving she was not at fault falls on the wife. Hardly anybody thinks that a man has no right to hit his wife, even if she has done something to annoy him.

There have been several films made all over the world on domestic violence, but in most of them the husband is portrayed as a psychopath. However, the man who hits his wife could be the guy next door, who does not even think a slap matters; worse his wife does not think it is such a big deal. Hopefully, the new film will start fresh debates and change, even in a small way, the mindset that states, "Thoda badarsht karna seekhna chahiye auraton ko."

It’s time women, men, and society as a whole understood that there is a limit to tolerance. Silence is never the right solution. As Amrita says in the film, “Just a slap par nahin maar sakta."

The writer is a Mumbai-based columnist, critic and author.