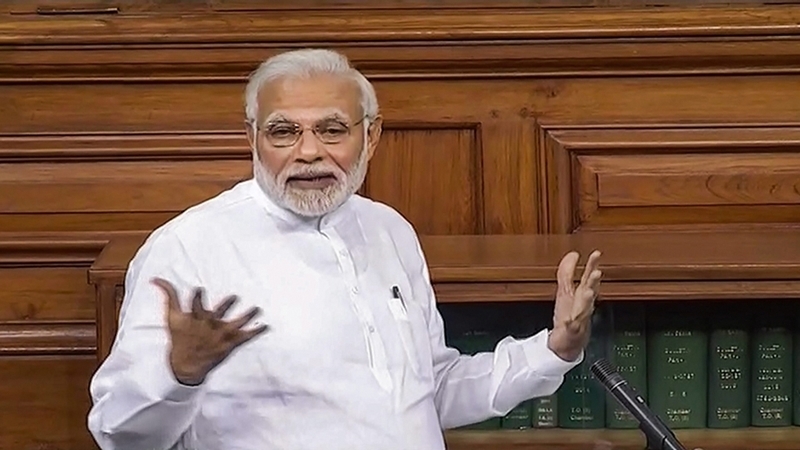 The invitation to Narendra Modi to attend Ibrahim Mohamed Solih’s swearing-in as president of the Maldives should be a happy portent for the future. But there is still some time to go for the 17 November ceremony and, as the old saying has it, there’s many a slip between cup and lip. Mr Modi cannot ignore the veiled warning of the Global Times headline, “Maldives will prioritise own interest, not India’s”.

Gone are the days when India’s prime minister could win the world’s plaudits by intervening militarily in the Maldives. Even Washington looked on benignly when Rajiv Gandhi went to the rescue of Abdul Gayoom, half-brother of Abdulla Yameen, who ruled the Maldives as president for 30 continuous years. Threatened by a gang of armed Jaffna Tamils, Mr Gayoom appealed to the US which had no appetite for policing duties so far from home. Then he turned to India, and Gandhi promptly airlifted a battalion of troops a thousand miles across the Indian Ocean with the US providing transport on the high seas and giving chase to the mercenaries. Sir Veerasamy Ringadoo, governor-general of Mauritius, who visited New Delhi soon afterwards, said Gandhi’s Operation Cactus had saved democracy.

It was a different scenario earlier this year when Mr Yameen, who had defeated Mohammad Nasheed, the country’s first democratically elected president, in 2013, ordered the arrest of the chief justice of the Supreme Court and declared a state of emergency. Soon after Mr Yameen declared the emergency, Mr Nasheed, who was in Sri Lanka, requested India’s military intervention to resolve the crisis. But while Mr Modi’s expressions of concern had little effect on the Maldives, China obliquely warned against any outside intervention.

China, which signed a free trade agreement with the Maldives last December, invests there through its Belt and Road Initiative as well as directly. In 2014, China began to develop major infrastructure projects, concentrating on a bridge linking the capital Male to a nearby island, and expanding Male airport. The Maldives has also leased an uninhabited island to a Chinese enterprise for 50 years for about $4 million, with plans to develop infrastructure for tourism. Chinese loans for projects already account for around 70 per cent of the Maldives’ national debt.

These close ties seem to contradict Mr Yameen’s public posture. His first official visit abroad as president in 2014 was to India. He said then that while the Maldives had “close ties” with China, “nothing will precede ties with India, which are far more precious.” Now, the first obligation on Mr Yameen is to show that he is reconciled to the electoral verdict and that he will retire quietly in November. Right until early this week, Mr Solih’s camp was accusing him of planning to complain to the Maldives Election Commission about the conduct of the vote and pressure the commission to delay releasing the final results. He was also suspected of trying to get police officers loyal to him to prepare intelligence reports saying the election was flawed. Even if sabotage by Mr Yameen is ruled out, as now seems likely, there remains the China factor and the responses it might trigger off in a small, vulnerable and highly sensitive nation of scattered islands.

The sudden destruction of a unique underwater sculpture – an ingenious work of art referred to as the Coralarium and “conceived to connect humans to the environment and a nurturing space for marine life to thrive”– may be significant in this context. It appears to reflect a heightened sense of the Maldives’ Islamic identity that may have no bearing on ties with China but can in the South Asian context have a bearing on a Bharatiya Janata Party-ruled India that is gradually becoming more Bharat than India. Significantly, Mr Yameen ordered the destruction in the twilight of his presidency, presumably as a demonstration of his hard-line Islamism.

It will not be easy for Mr Solih’s coalition to manage these disparate strands. Some of the comments that his mentor, Mr Nasheed, made from his exile in Sri Lanka have already raised Chinese hackles. Mr Nasheed is not a man to be ignored. Apart from being a former president, he is head of the Maldivian Democratic Party. The leaders of the three other parties that constitute the Joint Opposition that backed Mr Solih are bound to defer to him. Then there are the former president, Mr Gayoom, whose Progressive Party of Maldives his half-brother Mr Yameen hijacked, Gasim Ibrahim, exiled leader of the Jumhooree Party, and Sheikh Imran, chairman of the religion-centric Adhaalath Party, who is now in jail.

Mr Gayoom has international prestige and experience. Mr Gasim is believed to enjoy a wide voter base. In comparison to the two, the new president is a relative novice. He may have to involve all four politicians in governance, possibly through a coordination committee with supervisory powers.

The problems abroad that await Mr Solih were evident from a series of interviews that Dunya Maumoon, Mr Gayoom’s daughter and at one time Mr Yameen’s foreign minister, gave to Indian newspapers. With the benefit of her ringside seat and familiarity with all the dramatis personae, Ms Maumoon sounded a cautionary note after Mr Solih’s victory. “India remains a close friend and will continue to be so”she said. “But India has to learn to respect a small country like Maldives. We may be tiny, but we don’t care for bullying tactics. We understand India’s security concerns as China has moved much closer here, and we will be sensitive to it.”The “bullying tactics”comment has been made by South Asia’s smaller countries about New Delhi’s foreign policy every since 1947.

Her comment on China was equally perspicacious. “Our relations with China are very important,”she said. “But we have concerns, we would like to review our borrowings from China, whether we will be able to repay the loans, whether we might be slipping into a debt-bondage.” However, Ms Maumoon acknowledges the Maldives “need external finance and expertise for infrastructure and development, and the Chinese currently have it.”India obviously doesn’t, though she refrained from saying so. But there is no mistaking the pragmatism of her assessment. “Our decisions with the external world will be determined keeping Maldives’ national interest in mind. We are looking for a more balanced relationship.”

It’s Ms Maumoon’s analysis – and implicit criticism – of Indian foreign policy that concerns us most. Sikkim has ceased to exist as a protected kingdom. Bhutan and Nepal have often chafed under India’s heavyhanded diplomacy. One is reminded of Jawaharlal Nehru, irritated by the speech at Bandung by Ceylon’s prime minister, Sir John Kotelawala, exclaiming, “Sir John, why didn’t you show me your speech?” Kotelawala replied coldly, “Why should I? Do you show me yours?” It was an early warning not to take small neighbours for granted.