RBI vs Government: Maturity missing on both sides 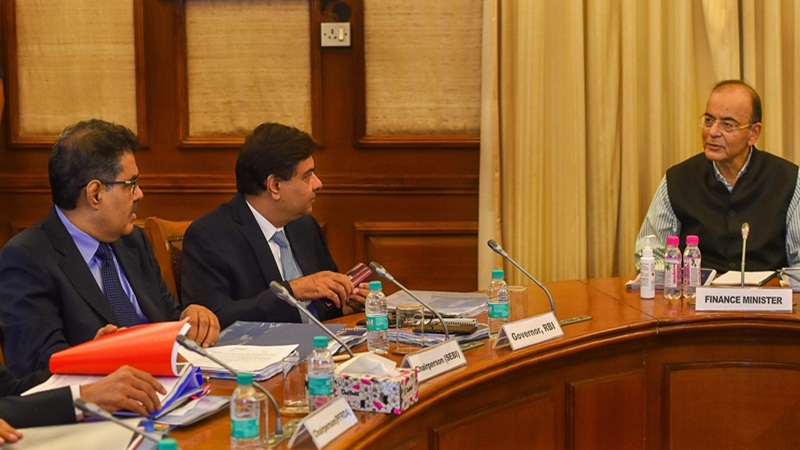 At the time of writing, the much rumoured resignation of Urjit Patel, the RBI Governor, had not materialised. The rumour-mongering, however, allowed some punters to pull down the Sensex and to otherwise spread panic. In the unfortunate break-out of public hostilities between the RBI and North Block, neither side was blameless.

But the government ought not to have pushed the Governor to such an extent that he might contemplate throwing in the towel and go his own separate way. Patel, not a great communicator unlike his predecessor Raghuram Rajan who enjoyed public-speaking, erred in encouraging his deputy, Viral Acharya, to air the recriminations in public last Friday. Since then, the ugly tussle has got a sharper edge. However, it must have been the threat of Patel’s resignation that obliged the Finance Ministry to issue a conciliatory statement on Wednesday. After berating the central bank for reckless lending between 2008-14, when Patel was tens of thousands of miles away from Mint Street, Jaitley put out a fence-mending statement, saying that the autonomy of the RBI was ‘essential’ for it to perform its assigned roles. “Both government and the central bank in their functioning have to be guided by public interest and the requirements of the economy.

For this, extensive consultations take place between the government and the RBI from time to time. This is equally true of other regulators…”Jaitley hinting at the hurt Acharya’s public statement had caused, asserted that despite differences the government had never gone public. Acharya was ill-advised to suggest the current government intimidated and bullied the RBI. There is a long and illustrious list of governors who had meekly turned the central bank into an extension of North Block, among those the most obsequious of course was one Manmohan Singh who later went on to become the prime minister. Prime Minister Singh’s finance ministers, particularly P Chidambaram, constantly pressured the RBI, be it on the basic lending rates or liquidity or other matters. Acharya mentioned the areas of conflict with the government. Maturity on both sides ought to have resulted in these to be resolved with a measure of accommodation. It is here that Patel displays a lack of tact and understanding of the Indian system. It has by now come to cope well with a bit of conflict and consensus between Mint Street and North Block.

Being well-versed in economics is quite different from being able to negotiate the minefield of conflicting agendas of politicians in order to arrive at a least harmful point where the wider interests of the economy can be reasonably safeguarded while giving the ruling politicians a leeway to service their electoral interests. Of course, finance minister cannot be expected to jettison politics altogether. On the other hand, a central bank governor cannot park his economic theories at home while watching over the health of the economy. Ideally, the two often clashing interests should coalesce into a considered RBI policy. Yes, the government would like the RBI to make more funds available for the non-banking financial institutions. And it is natural for the central bank to be wary, especially given the mess in the sector, recently accentuated by the ILFS crisis. But if true that the government threatened to invoke its power under section 7 of the RBI Act to direct the central bank to do its bidding, it is plain wrong. Even Chidambaram, an obsessive control freak, avoided using section 7 of the RBI Act. Quite clearly, in the Gujarat-style functioning of the Government, no challenge is to be brooked even from well-intentioned regulators. Patel, notably, is an NDA appointee. He, by all accounts, is not hostile towards the ruling regime.

It is more than likely that the nomination of someone like S Gurumurthy on the RBI Board has exacerbated the conflict. Gurumurthy tends to believe that he knows the best, while the RBI top brass with direct access to information is in a better position to take a holistic view of the overall economic situation. Gurumurthy will be swayed by political concerns about refinancing weak banks and small-and-medium sectors while the RBI would hate to abandon a cautious credit regime. Meanwhile, there were indications that the controversy might have blown over following a meeting Patel and his deputies had with Jaitley in North Block later on Wednesday. If true, equities and bond markets should breathe easy. Both sides ought to display a better understanding of each other’s powers and positions on major policy issues. Neither can afford to bypass the other and expect to leave the economy unhurt. The all-controlling tendency of the government can often be a source of trouble. Curbing it will benefit the government the most.