Raging hunger in India, a food-surplus nation, has complex factors at play, including pandemic disruption, writes A L I Chougule 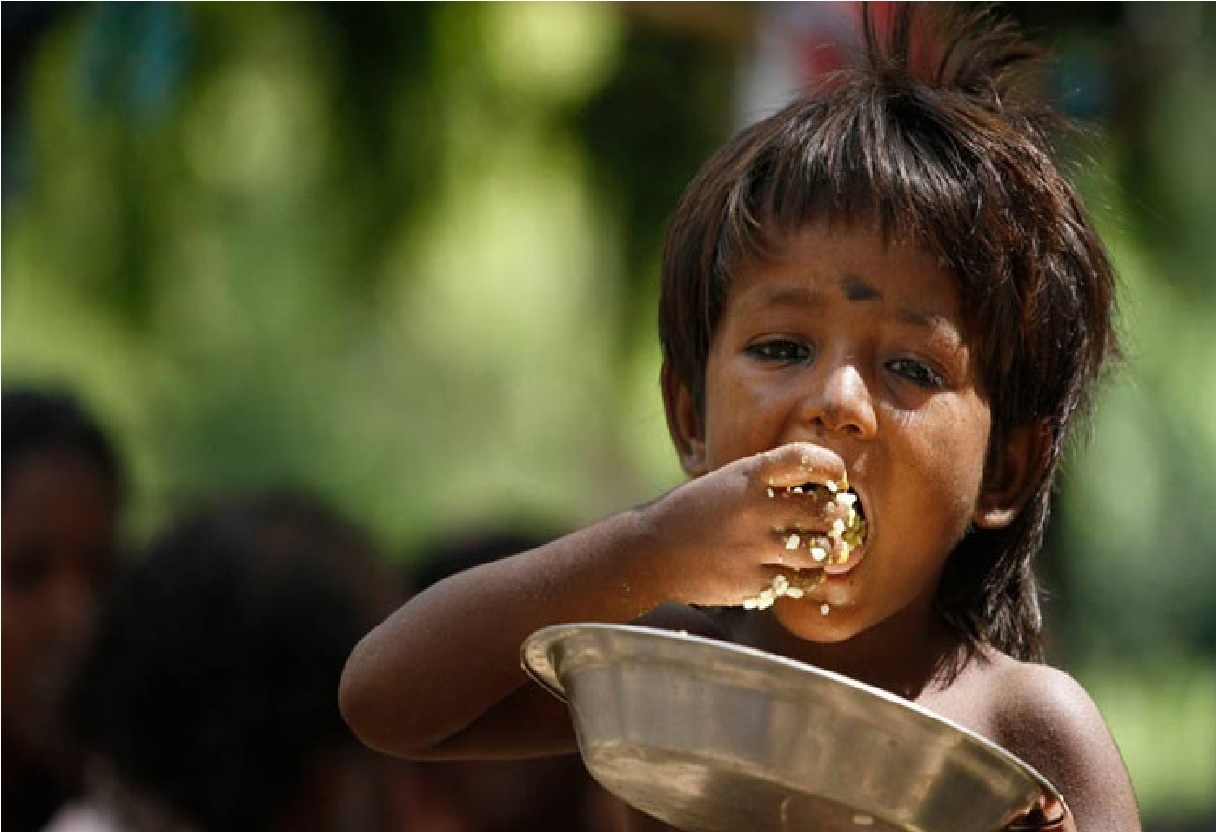 Hunger is one of the biggest crises facing the world. According to World Health Organisation 2018 estimates, more than 820 million people did not have enough food to eat. While the Covid-19 pandemic has exacerbated the poverty and hunger crisis globally, in India the situation appears quite grim.

In the Global Hunger Index (GHI) released recently, India slipped seven places, to a rank of 101 from 94 in just one year and is behind its neighbours Pakistan, Bangladesh and Nepal. Expectedly, reacting to the dip in GHI ranking, the Union government said it was ‘shocking’ that India’s rank was lowered and called the methodology used for rankings ‘unscientific’.

The government, as is its wont whenever data emerges to show it in poor light, said it found the report to be “devoid of ground reality and facts, and suffers from serious methodological issues”. Incidentally, in 2015, India’s ranking on the Global Hunger Index was 55.

With a score of 27.5 on a 100-point scale, the level of hunger in India is ‘serious’. The GHI score is calculated on four indicators – undernourishment, child wasting (low weight for height), child stunting (low height for age) and child mortality under the age of five. The trend of these indicators in India is not new, and is actually based on the government’s own National Family Health Survey (NFHS) data.

While the GHI report mentions that India has made significant, if slow, progress in the last two decades in reducing hunger and malnutrition, hunger in India however remains a serious concern, with a complex set of factors at play, including disruption caused by the pandemic.

The government’s reaction to the rankings came despite the fact that partial results from the NFHS Round 5 released in December 2020 had already drawn attention to the crisis of malnutrition in the country on the basis of data released on 17 states and five Union Territories. The data, according to reports, shows that between 2015 and 2019, a large number of states ended up reversing the gains made on child nutrition parameters. According to Oxfam India, the latest data shows that in several parts of India, children born between 2015 and 2019 are more malnourished than the previous generation.

A combination of factors forces an estimated 19 crore Indians to go to bed on an empty stomach in a food-surplus nation. These include poverty, deepening inequality, rising unemployment, agrarian stress and glaring leakages and corruption in India’s mammoth public distribution system.

Growing levels of food insecurity have pernicious long-term effects on health outcomes of children in India. While mothers who are undernourished are more likely to give birth to children who are stunted or underweight, adequate nutrition in the first 1,000 days of life is crucial for the child’s health in their entire lifespan. So, lack of access to a minimum adequate diet has a disproportionate effect on the nutrition of the most vulnerable.

Over the last two decades, India’s food grain production has increased from 198 million tonnes to 269 million tonnes. This should have ensured that everybody has access to food, given that the objective of the National Food Security Act of 2013 has been to provide food and nutrition to two-thirds of the country at subsidised rates, covering 75 per cent of the rural and 50 per cent of the urban population under its targeted PDS. But many factors have contributed to this entitlement failure, including fluctuations in market prices, implementation of PDS laws or change in distribution system. This probably explains why India still continues to battle hunger.

The availability of food in mandis or markets is not enough to eradicate hunger and malnutrition. It needs purchasing power, which has declined considerably in the last one-and-a-half years because of the pandemic-induced loss of livelihood. It is time we acknowledged the crisis and work on it, instead of turning defensive.