Quad II seeks to combine the core competence of India, Israel, the US & the UAE, writes K C Singh 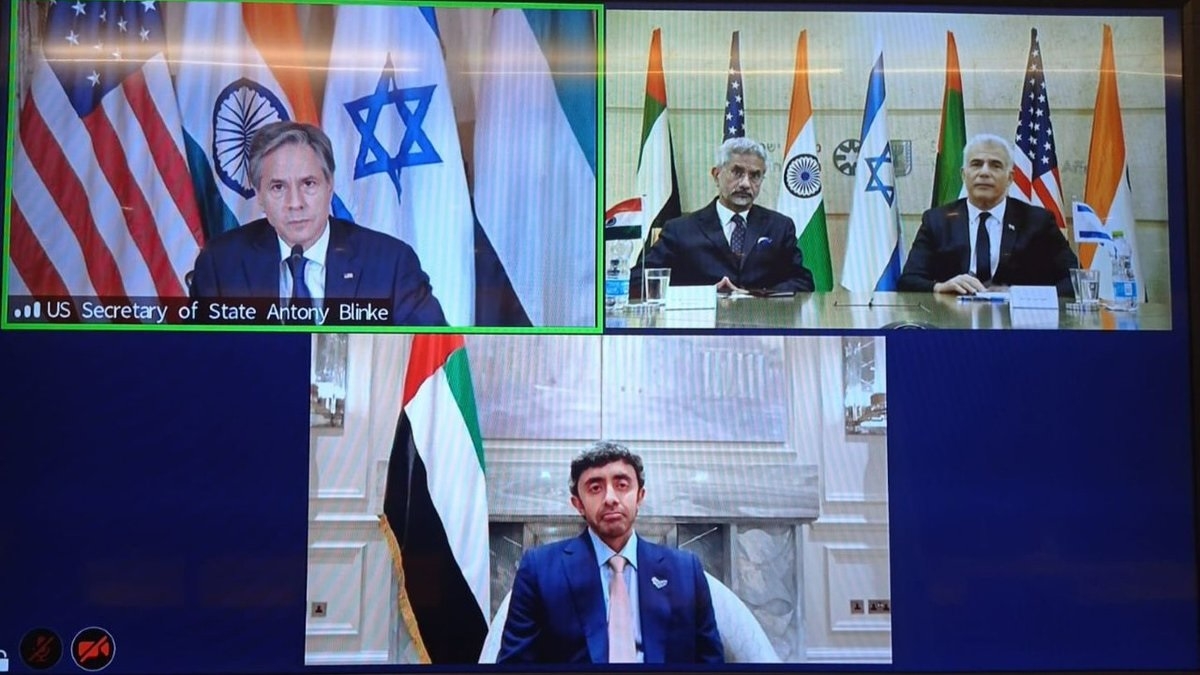 At the bilateral level, there was a need to renew pledges of closer cooperation, built up since the belated establishment of diplomatic relations in 1991. Prime Minister Narendra Modi removed the last inhibition with his state visit in 2017. PM Modi visited despite the then Israeli Prime Minister Benjamin Netanyahu’s radical right-wing orientation and perceived antagonism towards Palestinians and Iranians. Jaishankar needed to engage with the new Israeli government led by PM Naftali Bennet. The transfer of power from his predecessor, Benjamin Netanyahu, has been painfully protracted, involving multiple national elections and electoral deadlocks.

Although India-Israel relations have grown over the last three decades, the strategic dimension was constrained by India being outside the US-led alliance system in West Asia and the Gulf. Israel was always a crucial pillar in this arrangement, which included Saudi Arabia and the other five members of the Gulf Cooperation Council, despite some members of the group being at odds with Israel. The Abraham Accords of August 2020 between Israel and the United Arab Emirates, as well as Bahrain, opened up new strategic space. Jaishankar’s visit had this new dimension in mind.

At the bilateral level, three takeaways emerged. One, was a decision to fast-track a free trade agreement. Bilateral trade grew from $200 million in 1992, to $5.65 billion in 2018-19. But close to 40 per cent of this trade is in diamonds. Israel is India’s third largest trade partner in Asia. These figures do not cover trade in defence material, which has always been a vital lifeline for India, particularly in the first few decades after 1991, as India used to be under technology-control regimes, prior to the India-US nuclear deal.

Considering the small population of Israel and its sophisticated market, there would always be constraints in expanding exports or diversifying them. But Israel is a vital resource for technologies that India needs in the fields of agriculture, pharmaceuticals, water conservation, renewable energy etc. China has been acquiring stakes in Israeli companies, possessing such technologies to enable technology acquisition or even forced transfer. Indian companies have directed investment at Israel but more so in the field of software development. This has to change.

The other agreements covered Israel agreeing to recognise Indian Covid vaccines to enable travel between the two nations and Israel joining the India-led International Solar Alliance (ISA). Jaishankar called on Israeli Prime Minister Bennet and invited him to visit India.

What caught international attention was the forging of a new quadrilateral grouping when Israeli Foreign Minister Yair Lapid and Jaishankar sat together, with US Secretary of State Antony Blinken and UAE Foreign Minister Sheikh Abdullah bin Zayed joining them virtually. This raises many questions and possibilities. On the positive side, it complements the earlier Quad, consisting of Australia, India, Japan and the US, which spans the Indo-Pacific and links principal democracies as a clear counter to China.

The Quad II, spanning the Gulf-West Asia region to India’s west, balances the earlier arrangement, except the UAE is not a democracy. But it is a close ally of the US and during the Trump presidency, was dubbed as the Sparta of the region due to its boxing well above its weight in the region. It had a military finger in internal conflicts ranging from Yemen to Syria to Libya.

Quad II seeks to combine the core competence of the four nations. The capital of UAE, the technology of Israel and the labour of India can, in theory, create new supply chains for crucial technology-dependent items like chips. It can also balance the Belt and Road intrusion of China, through Central Asia, into the Gulf. However, this reasoning ignores the negative implications of the new grouping.

Whereas the original Quad had miffed China, the new group will irritate Iran. India would also be seen, by the Islamic nations to India’s west stretching to the Mediterranean, as having firmly moved into the US corner. Consequently, Iran would get even more wary of India and move closer to China. Turkey, in any case, has often annoyed India with its remarks on Kashmir. However, nations like Saudi Arabia and Egypt, which are US allies and have open or clandestine relations with Israel, would not be averse to working with the new combine.

For India, the gain in stymieing China in the Gulf region would be offset by the loss of Iran in dealing with Afghanistan. Teheran is hosting a meeting of Afghanistan’s neighbours to deliberate on the path forward in dealing with the Taliban. While India was invited to a similar meeting hosted by Russia, Iran is restricting it to Afghanistan’s immediate neighbours, including China, plus Russia and minus India. There is also no possibility of trade with Afghanistan without the goodwill of Iran as routes via Pakistan to the landlocked nation will not be easily available to India.

This spells the challenges in the new global rearrangement of power, where the Sino-US rivalry and the victory of Taliban is making non-alignment more difficult. Although to retain space for manoeuvre, India must not be seen as too closely aligned with any power.