Punjab: Can a hero emerge and infuse hope in a state that has been in steady decline for over two decades, asks Bhavdeep Kang 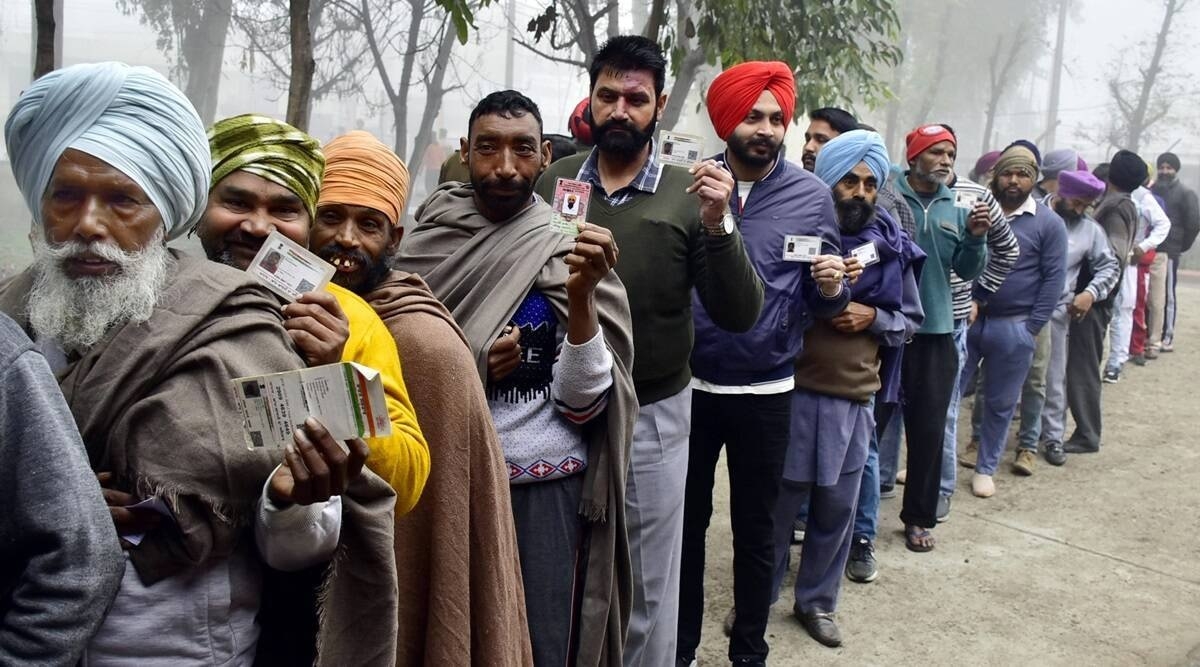 As the curtain lifts on the 16th episode of ‘Punjab assembly elections’, a muddled scenario presents itself. Four significant players are in the fray. None of them has a distinctive agenda. The mood is dark, and the ‘hope factor’ is missing. Can a hero emerge and infuse a sense of optimism in a state that has been in steady decline for over two decades?

Whether it is the resurgent AAP, the ruling Congress, the marginalised BJP, the fragmented SAD or the ‘martyred’ Captain Amarinder Singh (still the tallest leader in the state), the rhetoric is the same: preserve the Panth, repeal the Farm Laws 2020, wave the ‘Khalistan’ bogie, tackle drug abuse and most of all, continue and expand the freebie culture of Punjab.

State on the brink

The inconvenient truths of a state-on-the-brink have no place in electoral grandstanding. As the head of the sixth state finance commission recently observed, Punjab has the highest per capita expenditure on salaries and pensions, the highest per capita debt and debt servicing charges, and the lowest capital expenditure. And no amount of moustache-twirling or chest-thumping by politicians can obscure these harsh facts.

Earlier this year, the state government was severely jolted by a NITI Aayog report that said Punjab’s per capita income had fallen below the national average, and indignantly contested the figures. Whether Punjab is below or marginally above the national average, there’s no getting around the unpleasant truth that it trails behind Haryana and Himachal Pradesh, states that were carved out of its territory.

Punjab’s free fall from the top of the per capita income and growth rate table to the middle has impacted the state’s pysche in ways that outsiders cannot grasp. The showy lifestyles of the uber-rich few obscure the distress of the indebted many. The desperation to export unemployed, under-educated youth to Canada or Australia, or any part of the western El Dorado that will accept them, is just one symptom of the malaise.

The deindustrialisation of Punjab was a tragedy foretold. At a time when other states were wooing industry with incentives like tax holidays, cheap power, low-cost land, capital subsidy and ease of doing business reforms, Punjab was going in the opposite direction. High power tariffs and rates of taxation escalated the costs of business. Add to that the onslaught of cheap Chinese goods.

The SMEs that could afford to relocate, left. The once-thriving industry of Punjab became a wasteland. Garments shifted to Madhya Pradesh, pharmaceuticals to Haryana, steel to Chhattisgarh. Machine tools, sporting goods, woollens - all have suffered. Hero Cycles, synonymous with Ludhiana, is among the handful still soldiering on.

Punjab was already at a geographical disadvantage, as a landlocked border state without easy access to a major port. Raw materials and goods must be transported over great distances, so freight costs are high. Another pain point for industry is the lack of adequate infrastructure. Successive governments have failed to address these issues.

So, Punjab is simply not competitive vis-a-vis other states and shows no desire to make the transition to high value-added products and services. Forward-looking policy initiatives like industrial parks and development of roads and bridges at focal points by and large remain on paper.

A direct fallout of deindustrialisation is an unemployment rate higher than the national average. Punjab is one of the five worst states in this respect. Nor have governments invested in education and skill development. Sociologists link joblessness to the high incidence of drug and alchohol abuse among the youth.

The trouble is that the political discourse in Punjab revolves around agriculture, because politics is dominated by the land-owning Jat Sikh community. Industry gets short shrift, and rarely figures in assembly debates, because it is of no concern to legislators from either the opposition or the ruling party.

Power tariffs for industry are high because of the overriding compulsion to provide free power to the agricultural sector. Cesses intended for development are used to meet the ever-increasing subsidy bill. As arrears mount, so do borrowings and debt servicing charges, leaving very little for capital investment.

The agricultural sector’s dependence on free power stems from the fact that most farmers are locked into the water-intensive wheat-paddy cycle. The social costs of agricultural practices in Punjab are profound: diminishing water tables, pollution of soil, water and air and rural indebtedness. R&D in agriculture focuses mainly on new varieties of wheat and rice, rather than crop diversification.

Rolling back or even rationalising farm subsidies would be the kiss of death for any political regime bold enough to join the dots between competitive sops and the state’s economic collapse. Farmers are determined to maintain the status quo, and thus, are easy prey to rumours that output and input subsidies in the form of MSP, power and fertilisers, will be phased out. Thus, the anachronistic mismatch between cereal procurement and production.

Even so, the farmers’ agitation is unlikely to affect the outcome of the elections. Farmers are not a homogenous class and have different concerns, so they vote along lines of caste, community and religious identity, although analysts tend to identify the rural vote with Jat Sikhs and the urban vote with Hindus.

With the Congress in shambles, the AAP is the frontrunner. If anyone can usher in the elusive ‘hope factor’, it is Arvind Kejriwal, a genuinely ‘new’ face and the only one with a good track record in governance. But at the end of the day, he is an outsider. The Congress is relying on the ‘dalit’ factor, courtesy Chief Minister Charanjit Channi, but will have to contend with AAP and the SAD-BSP alliance, which appeal to the same bloc. It has gone to great lengths to appease maverick PCC chief Navjot Singh Sidhu, in the hope that he will bring in Jat votes.

If the alliance between Captain Amarinder Singh’s Punjab Lok Congress and the BJP pans out, a resolution to the farmers’ stir is essential. After all, the Captain was the first CM to speak out against the Farm Laws and still maintains that he is opposed to them.

Then there’s Punjab’s historic anti-centrism. The Captain’s strong nationalist streak on the one hand, and commitment to federalism on the other, appealed to voters. While he is on the same page as the BJP on the former, he will have to convert the latter to anti-Congressism. He carries the burden of anti-incumbency and non-performance, but could well prove a spoiler for the Congress.

One can only hope that at least one of the parties or alliances in the fray will produce a meaningful manifesto with a credible plan for an economic turnaround, and belie the prevailing sentiment that no matter who wins, Punjab will continue to lose.